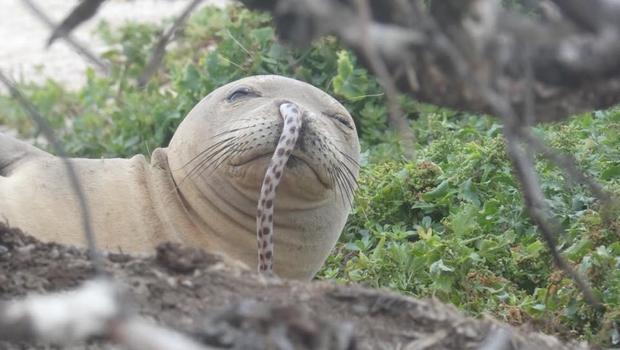 A photo of a seal with an eel stuck in its nose shocked and delighted social media. But according to the National Oceanic and Atmospheric Administration, this phenomenon has happened several times before.

NOAA posted the photo on Facebook, writing: "Mondays… It might not have been a good one for you but it had to have been better than an eel in your nose." The post goes on to say that researchers have found young seals with eels stuck in their noses on "multiple occasions." Every time, the eel gets removed and while the seals are OK, the eels don't make it.

It's not clear, however, why this keeps happening. NOAA said Hawaiian monk seals forage by "shoving their mouth and nose into the crevasses of coral reefs, under rocks, or into the sand." The eels could simply be looking for an escape route, winding up in the wrong place.

Another explanation could be that the seal swallowed the eel and it came back out the wrong way. But NOAA said "we might never know." 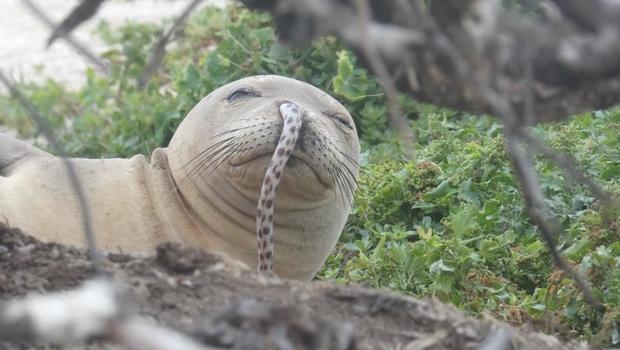