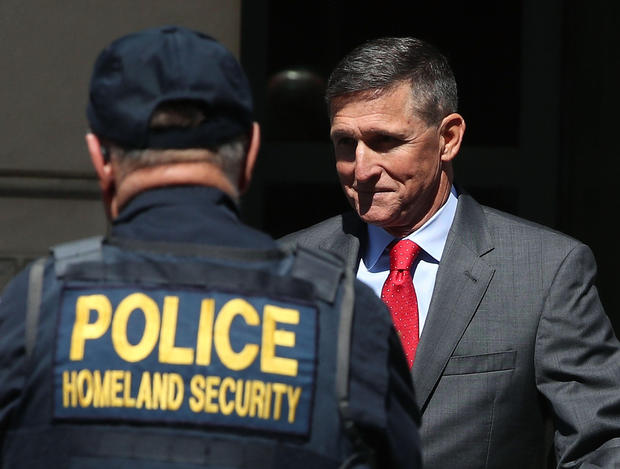 With reporting by Paula Reid and Clare Hymes

WASHINGTON — Special counsel Robert Mueller filed a sentencing memo Tuesday night suggesting that Michael Flynn has given the government "substantial assistance," and it recommends that Flynn serve no time for making a false statement to the FBI. The sentencing guidelines for Flynn's offense suggest zero to six months of incarceration.

"Given the defendant's substantial assistance and other considerations set forth below, a sentence at the low end of the guideline range — including a sentence that does not impose a term of incarceration — is appropriate and warranted," the memo says.

Flynn met with the special counsel 19 times as part of his agreement to cooperate with the government in its investigation into Russian meddling in the 2016 presidential election. According to the filing, Flynn has been cooperating in "several ongoing investigations."

His cooperation in one criminal investigation has been fully redacted. Other descriptions of his cooperation with Mueller's team are also redacted, but they acknowledge he assisted government investigators on a "range of issues, including interactions between individuals in the Presidential Transition Team and Russia."

The fact that the special counsel recommended that Flynn not be incarcerated doesn't suggest that his crime was unimportant. "The defendant's offense is serious," the memo reads. Flynn "made multiple false statements, to multiple Department of Justice ("DOJ") entities, on multiple occasions."

The filing details the series of false statements Flynn made to the FBI and the Justice Department. It points to a conversation Flynn had with the Russian envoy, Sergey Kislyak, after then-President Obama had announced sanctions against Russia for its interference in the U.S. elections.

The government notes that Flynn "falsely stated that he did not ask the Russian ambassador to refrain from escalating the situation in response to the sanctions" and further, "falsely disclaimed any memory" of his subsequent conversation with Kislyak, in which Kislak told Flynn that Russia had complied with Flynn's request.

CBS News' "Face the Nation" interview with Vice President Mike Pence is cited as an example showing that members of President Trump's transition team had said publicly that they had had spoken with Flynn, and "he denied speaking to the Russian ambassador about the sanctions. See, e.g., Face the Nation transcript January 15, 2017: Pence, Manchin, Gingrich, CBS News (Jan. 15, 2017)."

The special counsel said some of the information Flynn gave is sensitive, and related to ongoing investigations, so it asked that part of an addendum to the sentencing memo be sealed. This suggests the investigation may not be wrapping up soon.

The special counsel concludes by noting Flynn's early guilty plea, "likely affected the decisions of related firsthand witnesses to be forthcoming with the [special counsel's office] and cooperate."

In the year since Flynn began cooperating with Mueller, there have been several other developments in the special counsel investigation. Former Trump campaign official Rick Gates agreed to cooperate with the probe in February. The Justice Department indicted several Russian operatives for spreading political disinformation on social media. Former Trump campaign chairman Paul Manafort was been indicted and found guilty of financial crimes in August. He later also pleaded guilty to conspiracy and obstruction of justice and said he would cooperate with the government to avoid a second trial. Former Trump lawyer Michael Cohen pleaded guilty to campaign finance violations in August and lying to Congress in November. 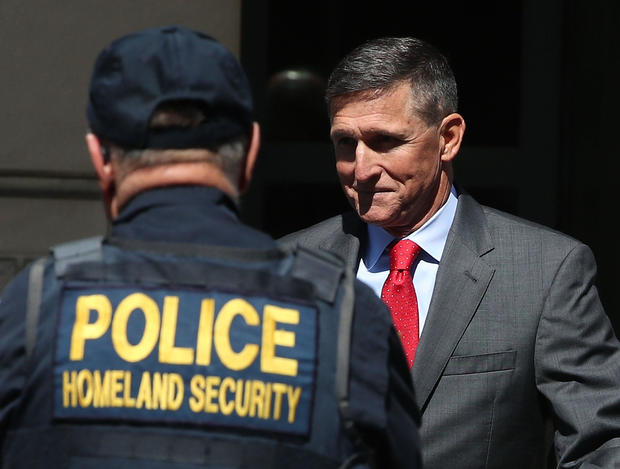