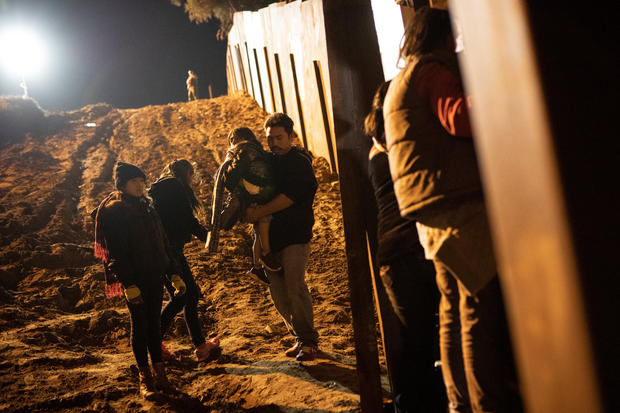 TIJUANA, Mexico — The San Diego sector has experienced a "slight uptick" in families entering the U.S. illegally and turning themselves in to agents since a caravan of Central American migrants arrived in Tijuana two weeks ago, U.S. Customs and Border Protection (CBP) said Tuesday.

Thousands of migrants on the Mexico side of the border are living in crowded tent cities in Tijuana after a grueling, weekslong journey through Mexico with the goal of applying for asylum in the U.S. Frustrated with the long wait to apply, with the U.S. processing 100 requests at most each day, some migrants are trying to cross clandestinely.

Rachel Rivera, 19, told The Associated Press that Honduras had become unlivable. Moments before flattening herself under a border fence, she said she was slipping through to the U.S. in an attempt to "give a better life" to her daughter Charlot.

An AP video journalist also witnessed more than two dozen migrants scale a fence between Mexico and the U.S. on Monday evening. Once across, entire families raised their hands before border patrol agents arrived swiftly in white trucks.

It's unclear where the families were taken from there.

On a typical day before the caravan arrived in Tijuana, U.S. border patrol agents in the San Diego area detained about 120 or so people trying to cross the border illegally from Mexico.

President Donald Trump issued a proclamation in November suspending asylum rights for people who try to cross into the U.S. illegally. Rights groups question the legality of that proclamation, which U.S. Customs and Border Protection spokesman Ralph DeSio said was issued to deter illegal crossings.

The U.S. has an established process for asylum seekers to present themselves in an "orderly" manner at a port of entry, DeSio told AP. "When people choose to ignore that process, they put themselves in danger and, in the case of families, they choose to put the lives of their children at risk."

People mainly from Honduras but also from El Salvador and Guatemala formed the caravan to Tijuana, seeking safety in numbers while crossing Mexico to avoid criminals and the fees demanded by the gangs that prey on migrants.

Dozens of the migrants have told AP they are fleeing poverty and searching for a better life, while many also tell of harrowing violence and death threats back home.

Those who make it to the U.S. border and present their asylum cases await tough odds. The American asylum process requires people to prove they've fled persecution at home, and more than 75 percent of asylum cases from Central America were denied from 2012 to 2017, CBS News' Adriana Diaz has reported. 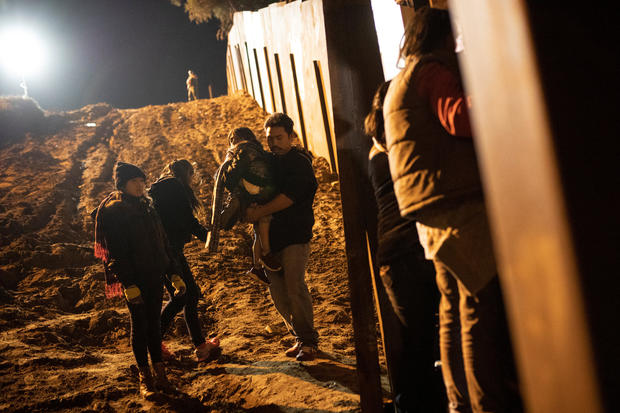 Obama to hit the campaign trail for Biden-Harris

Hundreds of homes to stop sharing an address after 7 confusing...