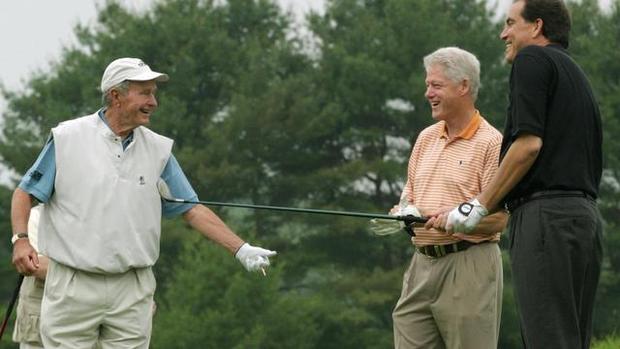 Sportscaster Jim Nantz shared a close friendship with George H.W. Bush. The two met on a Texas golf course in 1993 and their relationship would grow over the next 25 years from golf outings to visits at the Bush compound in Maine. Mr. Bush called Nantz a "surrogate member of our family."

Nantz spoke to "CBS This Morning" about the late president's "profound influence" on his life, his unique relationship with Bill Clinton and his biggest pet peeve, which happens to be on the golf course.

"Don't comp me. He did not want to be treated like anybody special. He'd walk in and put a credit card down at the public golf course and say, 'I've got four golfers and two golf carts.' And, 'Oh, no, Mr. President, you're our guest.' 'No,' he says, 'you don't understand' – this is how his mind would work – 'if you comp me, I will never come back here because I'm going to think that if I call up the play that you think I'm expecting to be comped. You see, I don't want anybody to think I'm looking for a free ride.' So he wanted to pay. And he did," Nantz said.

Despite their special bond, Nantz pointed out he was just one of hundreds, if not thousands, who considered him a friend.

"He had more friends than anyone. And it is just such a privilege to be able to see the way that he acted with everyone. The beautiful little courtesies and acts of humanity and kindness. He was just a wonderful, sweet soul, precious soul," Nantz said.

Even though Bill Clinton defeated Mr. Bush in his second bid for the presidency, the two traveled the world together to raise money for tsunami relief back in the early 2000s. After that, they found themselves wanting to socialize more. Nantz found himself with a front row seat to what some would consider an odd relationship given their political rivalry.

"One of the most beautiful things was to see two guys who had been political rivals, one of whom had defeated the other for the highest office in the land, and now that didn't matter.This is a tribute to both of them, but there was a deep bond there. And that's really a snapshot of who President Bush really was. He had friends that were Republicans, Democrats, he cared for all people," Nantz said. 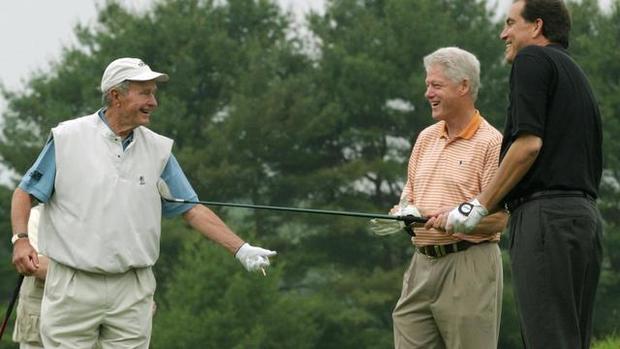