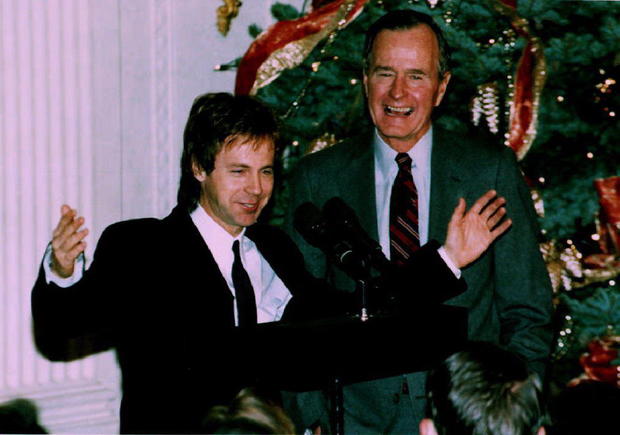 WASHINGTON — You know a comic's impression is dead-on when his lines are inextricably linked to the memory of the man he's lampooning. So it was with Dana Carvey and former President George H.W. Bush.

"The way to do the president is to start off with Mr. Rogers: 'It's a beautiful day in the neighborhood.' Then you add a little John Wayne: 'Here we go over the ridge.' You put them together you get George Herbert Walker Bush," Carvey said.

Together, Mr. Bush and his comedic foil forged a perhaps unexpected friendship. It's one that started after Mr. Bush lost his bid for re-election in 1992. Bush invited Carvey to the White House as a pick-me-up for the staff.

"I was staying in the Lincoln bedroom last night and I couldn't resist picking up the phone, and I called up the Secret Service as the president. 'Feel like going jogging tonight — in the nude,'" Carvey said.

His impressions were comedy gold, and so memorable Mr. Bush himself had to join in the fun. Mr. Bush's grace and generosity were vividly on display as he recounted a phone call to Carvey.

"He said, 'I hope I've never crossed the line,' and I knew exactly what he meant, and as far as I'm concerned he never has. And the fact that we can laugh at each other is a very fundamental thing," Bush said.

In April, Carvey recounted his 25-year friendship with the Bushes, and how times have coarsened.

"They didn't demonize the other side, you know it was just a different time," he said.

Upon Mr. Bush's death, Carvey wrote, "When I think of those times what I remember most is how hard we would laugh. I will miss my friend." 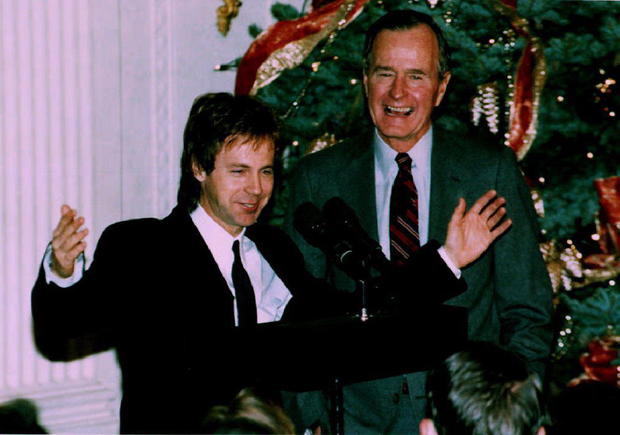 Watchdog warns the IRS is in crisis