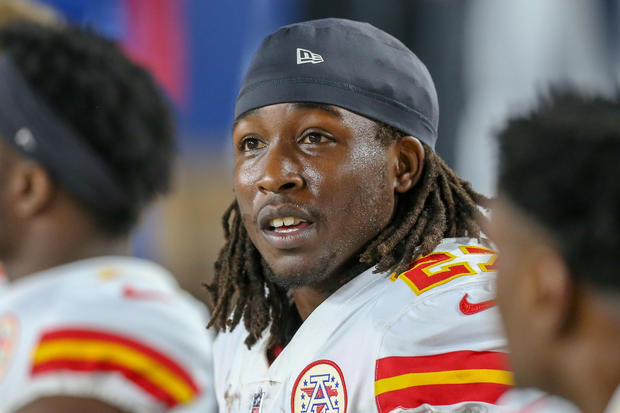 Kareem Hunt is officially a free agent. No team signed the running back Monday before a 4 p.m. deadline to claim his contract after his release from the Kansas City Chiefs. Hunt, 23, was placed on waivers after a video emerged Friday showing him assault a woman outside his Cleveland residence.

If Hunt were to sign with another team as a free agent, he would return to the commissioner's exempt list, meaning he would be unable to suit up in practice or during games until the league concludes its investigation, McCarthy said.

The Chiefs released Hunt, who led the league in rushing last year, after TMZ Sports published surveillance footage showing him pushing and kicking a young woman outside his Cleveland residence in February. The team said Hunt lied to them about his involvement in the incident.

Hunt was not charged in the altercation, but awaits a potential suspension from the NFL. He apologized for his actions over the weekend during an interview with ESPN.

"The Chiefs are right. I didn't tell them everything and I don't blame them for anything," Hunt said. "I just want to take this time and better myself and not let anything like this ever happen again."

The NFL said it is conducting an investigation into Hunt's actions. 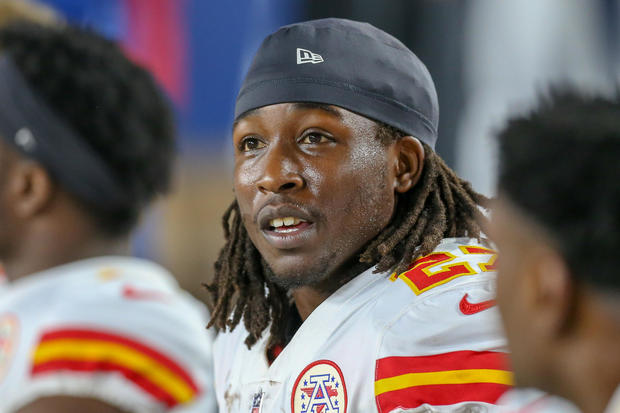