Pete Davidson is shutting down online bullies and speaking out about his mental health. The "Saturday Night Live" star and former fiancé of Ariana Grande let his haters know that no matter how hard they try to get to him, he won't kill himself. Davidson and Grande broke up in October after a whirlwind romance.

Davidson wrote on Instagram: "I've kept my mouth shut. Never mentioned any names, never said a word about anyone or anything. I'm trying to understand how when something happens to a guy the whole entire world just trashes him without any facts or frame of reference. Especially in today's climate where everyone loves to be offended and upset it truly is mind-boggling."

He added that he's been "getting online bullied and in public by people for 9 months."

The comedian has spoken openly about having borderline personality disorder (BPD), a form of mental illness marked by intense mood swings and episodes of anger, depression and anxiety. He continued, "I've spoken about BPD and being suicidal publicly only in the hopes that it will bring awareness and help kids like myself who don't want to be on this earth."

Davidson vowed, "No matter how hard the internet or anyone tries to make me kill myself, I won't."

That same month he also revealed to Marc Maron that he was diagnosed with borderline personality disorder in 2017. He said, "Around October [or] September last year, I started having these mental breakdowns where I would, like, freak out and then not remember what happened after. Blind rage. I never really did any other drugs [besides marijuana], so I was like, 'I'm gonna try to go to rehab. Maybe that'll be helpful."

He said he has been undergoing therapy and taking medication.

"It is working, slowly but surely," he said at the time. "This whole year has been a f**king nightmare. This has been the worst year of my life, getting diagnosed with this and trying to figure out how to learn with this and live with this." 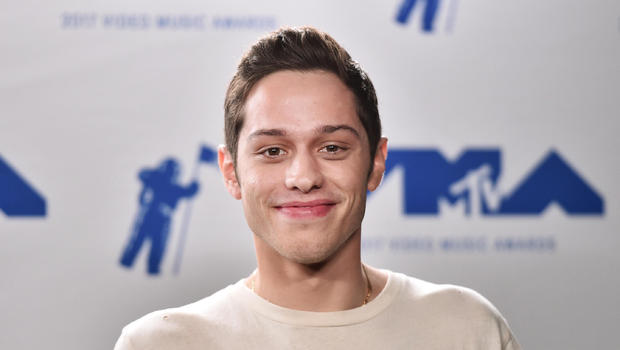 How to watch the MTV Video Music Awards