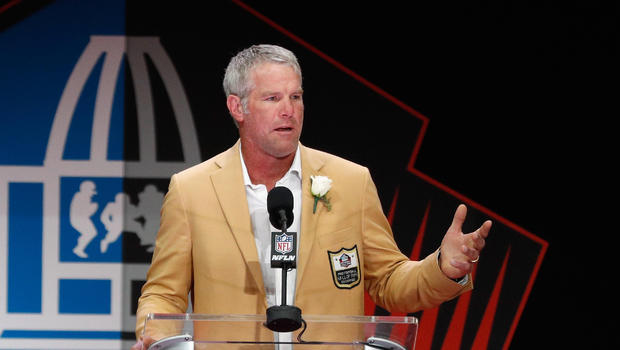 Legendary NFL quarterback Brett Favre was duped into filming a video message for a hate group. The Hall of Famer said in a Facebook post Saturday that he was "sickened" to discover what the recording was actually for.

Favre said he received a request on Nov. 22 to record a shout-out supporting what seemed to be a U.S. veterans organization on Cameo, a company that allows fans to book personalized video greetings from celebrities for a fee. Days later, Favre, who supports various military causes, recorded the script, which contained coded anti-Semitic references.

In the video, which has been taken down from Cameo, he said: "Brett Favre here with a shout-out to the Handsome Truth and the GDL boys. You guys are patriots in my eyes. So keep waking them up and don't let the small get you down. Keep fighting, too, and don't ever forget the USS Liberty and the men and women who died on that day. God bless and take care."

The "GDL boys" who commissioned the video turned out to be an anti-Semitic group going by the name Goyim Defense League or GDL. ("Goyim" is a Hebrew or Yiddish word for someone who is not Jewish.) The "small" is an apparent reference to "small hats" – a slur for yarmulkes. The USS Liberty was a research ship that was attacked by an Israeli fighter jet during the Six-Day War in 1967. While Israel officially said they mistook it for an Egyptian ship and apologized, the incident has been used as a popular conspiracy theory for anti-Semites.

Other celebrities, including rapper Soulja Boy and comedian Andy Dick, were also tricked into doing recordings for the group, which claimed responsibility on YouTube and Instagram.

Upon learning the intent of the video, Favre said he would donate the $500 Cameo fee to charities combating hate and bigotry.

"I was distressed to learn that the request came from an anti-Semitic group that reposted my video with comments implying that I endorsed their mission," he wrote Saturday. "Nothing could be further from the truth."

"Like most Americans, I am sickened by what these groups stand for and concerned about their role in fueling today's negative political climate," he added. "Had I understood the source of the request, I never would have fulfilled it."

Cameo CEO Steven Galanis told CBS News on Monday that his company would match Favre's donation to whatever anti-hate group he chooses. He said that this was the first time Cameo had to pull down videos.

"We've had over 93,000 videos and these are literally the first three we've had to pull," Galanis said. "This hasn't been a problem."

Galanis said Cameo hasn't had a vetting process because celebrities can accept or decline a request, but they've created an early warning system to detect terms flagged by the Southern Poverty Law Center, which track hate groups. Therefore he says they'll be able to notify talent in the future.

"We stand by what we built here," he said. "It was built for talent to connect with their fans."

CBS News also reached out to Soulja Boy and Andy Dick for comment, but did not immediately hear back. 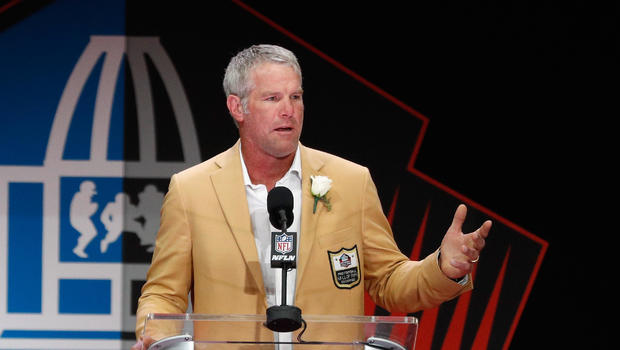 Most Americans feel positive about record number of women in Congress...