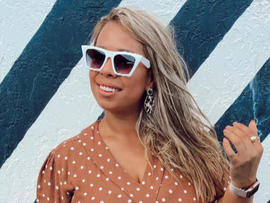 Costa Rican authorities have discovered a body near the area where U.S. resident Carla Stefaniak disappeared last week. The body, which has yet to be identified, was partially buried and inside plastic near the city of San Jose, a local official told CBS News.

Authorities are working with Stefaniak's family members in an effort to identify the body, said Marisel Rodriguez, a spokesperson for the Costa Rica Judicial Investigative Office.

Stefaniak, a 36-year-old from Hallandale Beach, Florida, missed her flight home last Wednesday, and her family has been searching for her ever since. Her sister-in-law, April Burton, said she last heard from Stefaniak around 8 p.m. last Tuesday. She said it was raining and the power went out.

The last message Burton received from her was: "It's pretty sketchy here." Later that night, all communication stopped.

"It was her birthday, and she loves to be on social media," Stefaniak's brother, Carlos Caicedo, told CBS News. "I'm guessing every single app that there is that you can communicate [on] — I'm sure she was on it."

Caicedo said the owner of the Airbnb told him a security guard watched his sister get into a car with her bags at 5 a.m. Wednesday morning. Burton said it didn't make sense. "Her flight was at 1:30, and she was only 20 to 30 minutes away from the airport. She is never early for anything."

The family said Stefaniak had checked in online for her flight, and ordered an Uber to pick her up later that morning. Airbnb told CBS News it has no comment, and Uber said it will assist local authorities.

Manuel Bojorquez contributed to this report. 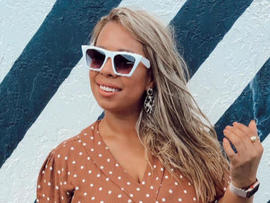 Biden makes push for voting bills and says there is “no...

Florida bill would allow cameras in classes, microphones on teachers