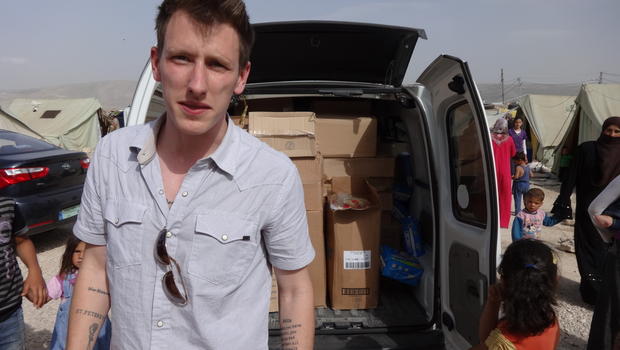 The U.S. military confirmed on Monday that an airstrike in Syria has killed a senior ISIS militant involved in the 2014 murder of U.S. Army Ranger-turned aid worker Peter Kassig. U.S. Central Command confirmed in a statement to CBS News on Monday that Abu al Umarayn was killed in Syria's southeastern Badiyah Desert region on Sunday by a coalition strike.

CENTCOM said "several other ISIS members" were killed in the strike, but singled out Umarayn, saying he had "given indications of posing an imminent threat to Coalition Forces and he was involved in the killing of American Citizen and former U.S. Army Ranger, Peter Kassig. He has been linked to and directly involved with executing several other prisoners as a senior ISIS member."

Then-President Barack Obama confirmed in November 2014 that Kassig had been killed in Syria, shortly after ISIS (Islamic State of Iraq and Syria) published a gruesome video online purportedly showing his decapitation.

Kassig was captured in 2013, as ISIS began to claim new territory in both Iraq and Syria, where he was doing aid work.

Kassig adopted the first name of Abdul Rahman while he was held by the ISIS for more than a year. For most of that year, his parents Ed and Paula Kassig kept their son's abduction a secret — as ordered by his captors.

But after ISIS threatened to kill Peter in another execution video, the Kassig family decided to go public.

"We're doing everything we can to secure his release," Ed told CBS News' Margaret Brennan in October 2013.

Peter Kassig grew up in suburban Indiana loving fishing and hiking. After serving briefly in Iraq, he found his calling, delivering aid to Syrians brutalized by the civil war.

"He always was a compassionate person, and this was just something he felt he needed to do," Paula told CBS News. It was on one of those missions when he was taken. Ed found out through a phone call the day it happened from a friend of Peter's in Syria.

"It was Peter's number. And I thought, 'Oh man, I get to hear from Peter.' And when I picked up the phone, I didn't recognize the voice," Ed said. "And the individual introduced himself. And– we learned that he had been detained."

The Kassigs pleaded for mercy for their son, appealing directly to ISIS through YouTube and Twitter messages.

Paula told Brennan at the time that she wasn't sure their pleas were falling on any ears willing to listen.

"But I have to try. Because I need to know that I've done everything I can do," she said. Speaking again to CBS News not long after their son was killed, the Kassig's said their "hearts were battered."

ISIS has lost virtually all the territory it seized in 2014, in a lighting blitz across Syria and Iraq, over the course of the last two years.

While the U.S. has consistently targeted the terror group's leadership, what decisively took the upper hand in Syria's civil war away from ISIS and the myriad other rebel groups battling President Bashar Assad, was Russia's staunch backing of the Syrian dictator.

CENTCOM said in its statement on Monday that, "coalition airstrikes continue to disrupt ISIS command and control on the battlefield as we remove key figures from their ranks." 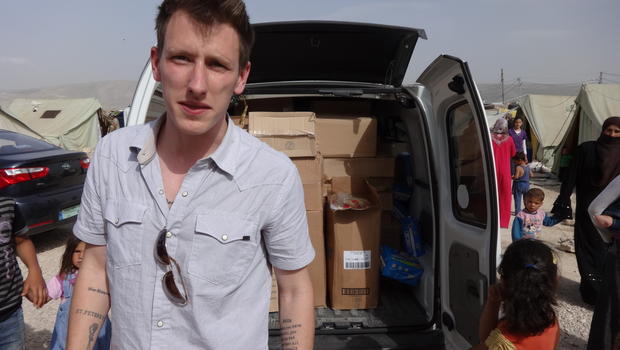