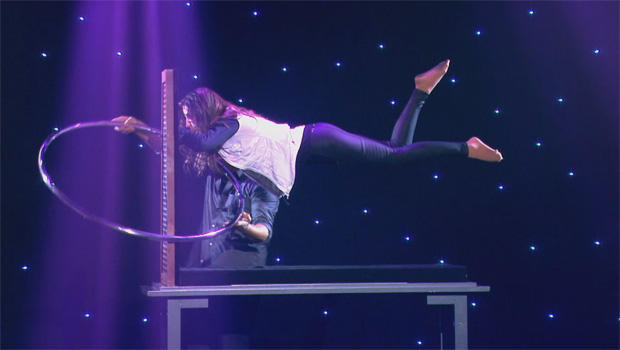 What's the difference between a magician and an illusionist? "Illusionist gets paid more," laughed Jason Bishop, an illusionist making a name for himself with tricks of all kinds.

"I'm just doing something I enjoy," he told correspondent Faith Salie. "My sort of philosophy is, like, 'Make the tricks you like. Put 'em in front of an audience. And if they like 'em, then you're good.'"

Good enough to perform around the world. But there's more than meets the eye to this 40-year-old New Jersey native.

While he won't reveal his stage secrets, there are some things Bishop wants you know, about a life that was far from magical.

"I think it hits me sometimes that – this is kind of hard to say – but, like, you know, there wasn't a single entity that loved me from, like, Day One, on. Like, anyone."

Bishop was born Jason Castro into a deeply troubled family. His earliest memories were of trying to survive.

"My biological parents were severe drug addicts," Bishop said. "And my brothers and sisters and I slept on a single mattress on the floor, like, four or five of us."

It would get worse. When his father died and his mother was sent to prison, Bishop and his siblings became wards of the state. Placed in foster care, they bounced from home to home.

His brother, Dino Vargas, calls those years a nightmare.

"Foster care was supposed to be the salvation of us. But it was hell, a lot of it," Vargas said. "There were times where we were beat with belts; we were locked in basements."

Bishop would find a way to escape, through escape artists – reading about Harry Houdini and other magicians at his school library. It's where he fantasized about becoming a magician himself.

"Harry Houdini was not born wealthy; Harry Kellar was not born wealthy," he told Salie. "There was something attractive to me about the fact that these guys were just poor people, and they found magic, and through their own drive, they could make their life."

At 15, he made his magic debut in his school auditorium.

Eric Bronfenbrenner is a former classmate who became a lifelong friend. "Each step of the way (I almost feel guilty to say it), but, like, in high school, [I] was 'This is a neat hobby; what are you going to do with your life?' And now, looking back, I've never seen a more determined kid," he said.

His calling was launched, but the career took some time to get off the ground. A big boost came from Kim Hess, his girlfriend of 21 years. They met in their senior year of high school.

Salie asked, "How do you keep the magic alive?"

"Oh. I don't know. Somehow, we get along really, really well. And we're together more than a normal couple!"

Hess is part of the act. When she's not disappearing, she's levitating, something Salie got the chance to do at a recent rehearsal.

Fans love what Jason Bishop does – and those who know him best love who he's become. "He's very clearly not going to let whatever it was his life was born into define him," said Bronfenbrenner. "I'm so proud of him."

Salie said, "You can choose to make magic of your life?"

"Yeah. Yeah, yeah," Bishop replied. "As a foster kid, it was, like, no one had expectations on me. They weren't like, 'You're gonna be a doctor. You're gonna be a lawyer.' They're like, 'Just stay outta jail, that'd be great.' So, that was freedom."

Freedom, he says, to conjure a life as a magician. 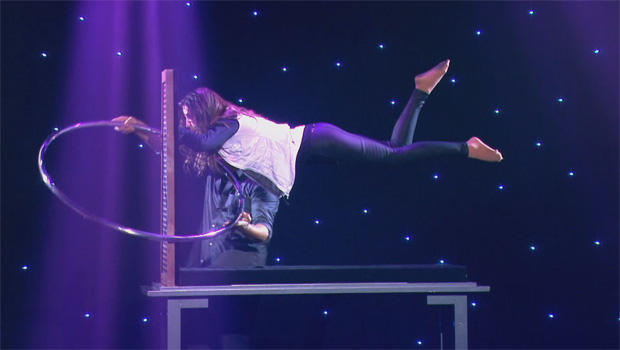 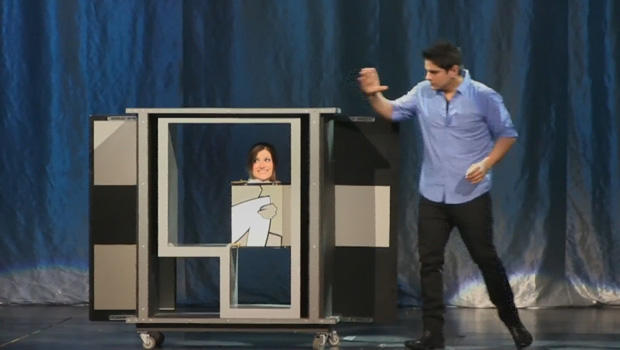 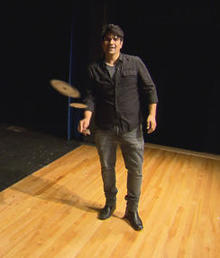 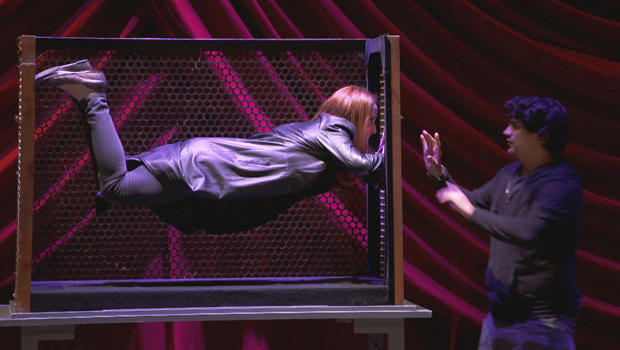