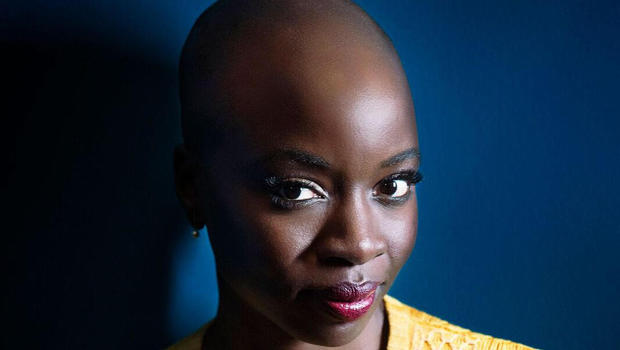 "Black Panther" and "Walking Dead" star Danai Gurira says World AIDS Day resonates with her because she saw the effects of the deadly disease in her own community when she was growing up. Gurira was born in the U.S. but grew up in Zimbabwe, where she says, "I witnessed its effect on society and communities and families. It really did affect me in that regard."

Things have changed, especially in access to treatment for patients with AIDS. Gurira said, "The journey it's taken since then — the fact that drugs are on the market — I remember when there were not any and it was a death sentence in southern African regions. That journey, of course, has made me very connected to the issue." Gurira even wrote and starred in a play about two HIV-positive women called "In the Continuum."

"African women are at the heart of this issue and they're often the least heard," she said, pointing out that women make up more than half of the HIV-infected population. "Some girls are affected by this epidemic every day, and that's why we marched with Johnson & Johnson and used the hashtag #MakeHIVHistory. We must do that."

Gurira has partnered with Johnson & Johnson to raise awareness about HIV/AIDS on World Aids Day, which is this Saturday. The actress will be in Johannesburg, South Africa for the Global Citizen Festival there. But Gurira pointed out that AIDS is not just a problem in Africa; there are tens of thousands of new HIV diagnoses in the U.S. each year.

"Both my American home and my home on the [African] continent connect me to the issue," she said.

Gurira said that people around the world can make a difference from home by harnessing the power of social media. Johnson & Johnson has created GIFs for Instagram Stories that are searchable with the phrase "#MakeHIVHistory" so users can share facts about HIV/AIDS with their friends.

"Right now, we are about to have the 30th anniversary of World AIDS Day and it's a moment to really reflect on where we've come from and where we need to go," Gurira explained. "We're in an era now where social media is a very rapid and effective way of conveying just about everything and we definitely need to take hold of it for the purpose of bringing education and awareness to the issue across the world. … We must definitely reunite with urgency about this issue."

This is Gurira's fourth trip to Africa in the past year, and she said she feels energized by how proud locals are of "Black Panther."

"The impact the movie had — we hadn't anticipated it," she said. "You hope the story resonates, but it was a very memorable experience." The cast had a premiere in South Africa, which she said blew them away. Gurira said that when she and cast mate Lupita Nyong'o visited the latter's home country of Nigeria, a fellow hotel guest even greeted Gurira as "General" as a nod to her character, General Okoye.

As for some other movies that might be coming up for the actress — the "Walking Dead" films — Gurira laughed and said, "I can tell you nothing," but she did say that it's bittersweet to say goodbye to star Andrew Lincoln, who was written off the show earlier this month. Gurira is still part of the show's cast as Michonne.

"He's an amazing man, an amazing actor, an amazing leader and you can't really say that enough," she said. "But the beauty of the 'Walking Dead' is — it really isn't all an exaggeration — that we are truly a family and there is something really great about the fact that we know he will always be family and we'll always be family. That's something we experience time and time again with folks who left before him, so we do continue our familial connection regardless." 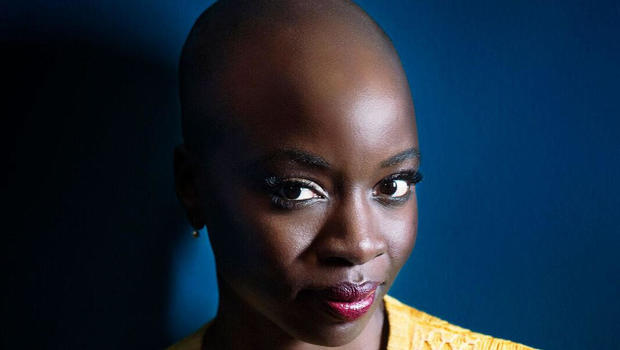 Some ADHD meds may increase risk of psychosis, study finds