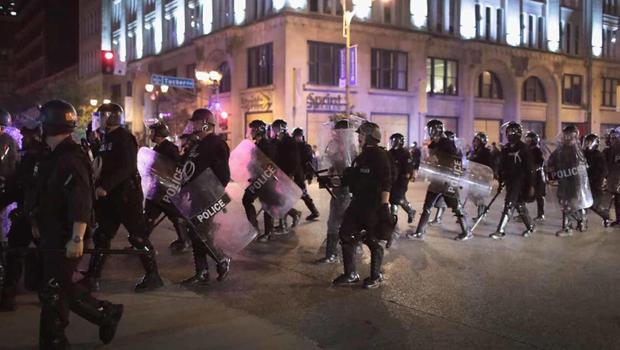 ST. LOUIS — Three St. Louis police officers were indicted Thursday for allegedly beating an undercover colleague during a 2017 protest and, along with a fourth officer, conspiring to cover up the crime. The U.S. Department of Justice announced the indictments of Officers Dustin Boone, Randy Hays, Christopher Myers and Bailey Colletta. All four are suspended without pay, the city said. The indictment follows an FBI investigation requested last year by St. Louis police.

The protests erupted in September 2017 following the acquittal of former police officer Jason Stockley. Stockley, who is white, was found not guilty in the 2011 death of a black suspect, Anthony Lamar Smith.

The indictment alleges that Boone, Hays and Myers beat the undercover officer during a protest on Sept. 17, 2017, and that the three along with Colletta covered it up. It is believed that the officers did not know that the man was a fellow officer and mistook him for a member of the crowd, reports CBS affiliate KMOV. The indictment alleges Boone, Hays, and Myers threw the undercover officer to the ground and then kicked and struck him while he was compliant and not posing a physical threat, the station reports.

"These are serious charges and the vigorous enforcement of civil rights is essential to maintaining public trust in law enforcement," U.S. Attorney Jeff Jensen said in a statement, adding that the St. Louis Metropolitan Police Department "recognized the importance of this investigation and its leadership has cooperated at every turn."

St. Louis Circuit Attorney Kim Gardner said in a statement that she has dismissed 91 cases related to the four officers. She said she will continue to review further cases where the officers' testimony or involvement is fundamental.

She called their alleged actions "disheartening."

"Police integrity is at the core of the community's confidence in the criminal justice system," she said.

St. Louis Police Officers Association business manager Jeff Roorda said all four officers are members of the association, but he referred further comment to their attorneys.

"We encourage elected officials, the media and the public to allow them their day in court without speculation about their guilt or innocence," Roorda said in the statement released to KMOV.

St. Louis Public Safety Director Jimmie Edwards said the police department is filled with officers who do "exceptional work," but those who violate the law must be held accountable.

"In a few instances, some officers have fallen short of the professionalism required to work in our Police Department," Edwards said in a statement. 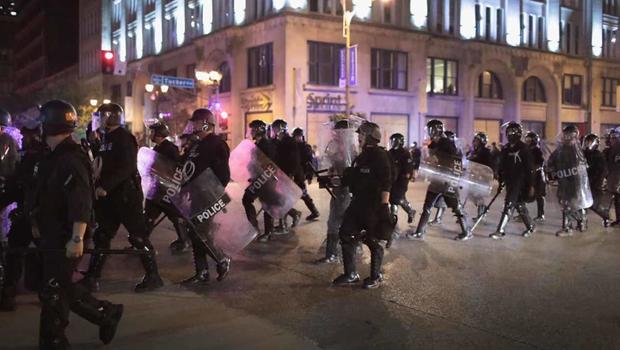 Trump visits Ohio for his third rally this week