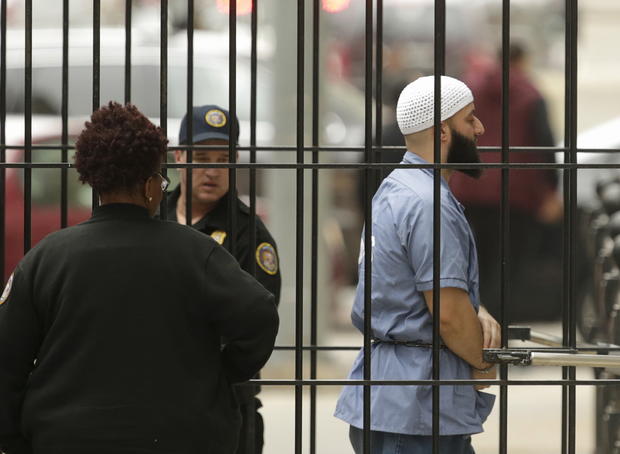 ANNAPOLIS, Md. — Roughly two years after a new trial was ordered, Maryland's highest court on Thursday heard arguments in their review of the high-profile case of a man whose murder conviction was chronicled in the hit "Serial" podcast that attracted millions of armchair detectives.

Tasked with upholding the retrial order for Adnan Syed or reviewing a decision that could reinstate a conviction, Maryland's Court of Appeals heard about an hour's worth of arguments in the long-running case. Syed was convicted in 2000 of strangling his high school sweetheart, 18-year-old Hae Min Lee, and burying her body in a Baltimore park. He's been serving a life sentence ever since.

But a Baltimore judge vacated his conviction two years ago and a court ordered a new trial after concluding that his trial lawyer was ineffective.The state appealed. Earlier this year, the special appeals court upheld the lower court's ruling. The state appealed that decision, too.

On Thursday, state prosecutor Thiru Vignarajah acknowledged that Syed's original trial lawyer did not contact an alibi witness, but he asserts that the attorney understood the "gist" of what that witness, Asia McClain, might have told her at the time. McClain said she saw Syed at a public library about the same time prosecutors say his ex-girlfriend was killed in 1999. The attorney in question, Cristina Gutierrez, died of a heart attack in 2004.

"The record is not silent on whether or not Ms. McClain was contacted. The state agrees with that. The record is silent on the critical question of why," he said, suggesting that it is not clear why Gutierrez decided to take one investigative path over another and asserting that it's wrong to conclude that Syed's constitutional right to effective counsel was violated.

In 2016, a lower court ruled Syed deserved another trial because his attorney failed to cross-examine a cell tower expert about the reliability of data placing Syed's cellphone near the burial site. In that same ruling, Baltimore Circuit Judge Martin Welch also ordered that the trial record should be amended with post-conviction testimony from McClain, but didn't agree with Syed's defense that his counsel was ineffective because his lawyers never reached out to her.

The Maryland Court of Special Appeals, the state's intermediate appellate court, upheld the ruling granting Syed a new trial in March. But the court disagreed with Welch on the import of McClain's testimony, arguing that it "directly contradicted the State's theory of when Syed had the opportunity and did murder Hae" and could have created reasonable doubt in at least one juror's mind and led to a different outcome.

Vignarajah, however, argued before the state's highest court Thursday that McClain could have proven to be a problematic witness. Syed never told police or his attorney that he was at the public library at the time of the murder, where McClain said she saw him, Vignarajah said. Rather, Syed said he was at his high school and later, the mosque. Therefore, Gutierrez' decisions over the value of McClain's testimony "are exactly the kinds of judgement that defense counsel have to make."

But Maryland Court of Appeals judge Sally Adkins appeared to question the argument, countering: "But should defense counsel make it without even talking on the telephone with this witness? That's the question."

Defense attorney Catherine Stetson argued that Syed's original lawyer's failure to contact the witness were "objectively unreasonable" and any possible reasons why don't matter. She said Gutierrez "had an obligation to pursue that witness," along with two other people who may have seen Syed at the library. Stetson also argued that Gutierrez never pursued obtaining video from the library, though Gutierrez indicated that she knew it might exist: "Asia McClain saw him in the library at 3 o'clock. Asia's boyfriend saw him too. Library may have cameras," Stetson read from Gutierrez' trial notes.

By late Thursday morning, the appeals panel of seven judges wrapped up the day's oral arguments. It's not clear when their review of the Syed case will be completed.

The arguments in the Maryland appeals court brought spectators from out of state. Chris Hendrixson drove from Cincinnati, Ohio, to observe the hearing and perhaps meet some of the people he's heard about on the podcast.

"Like so many people, we just became captivated by this case and this story through 'Serial,'" Hendrixson said outside the Annapolis courthouse.

University of Baltimore law professor David Jaros told The Associated Press that the fact that a lower court had found that there was "ineffective assistance of counsel" was itself remarkable since it happens so rarely. That alone makes Syed's case something of an outlier, he said.

But what makes Syed's case particularly notable is the huge amount of attention it has received. Syed became a sort of cause celebre due to the hugely popular "Serial" podcast, which debuted in 2014 with its entire first season dedicated to the case.

The show shattered podcast-streaming and downloading records. "Serial" revealed little-known evidence, raising new questions about the case and whether Syed was indeed guilty.

Rabia Chaudry, a staunch supporter of Syed's who brought his case to the attention of the host of "Serial" and also wrote the 2016 book "Adnan's Story: The Search for Truth and Justice after Serial," said Syed is feeling positive about his fate.

"A few years ago, Adnan thought that he has to come to terms with maybe dying in prison, and now he feels like there's a chance that he's going to come home. He feels good. We all feel good," Chaudry said. 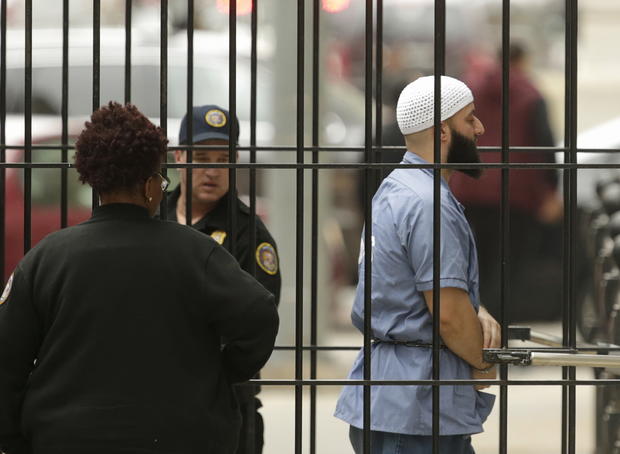