Broadway hit "Dear Evan Hansen" is headed for the big screen. Variety reports that Universal Pictures has acquired the movie rights to the Tony Award-winning musical. "Wonder" director Stephen Chbosky is attached to the project.

Ben Platt, who originated the role on Broadway, might join the film. Sources told Deadline that he's in "early talks" to join the cast. His father, Marc Platt, is one of the producers for the film adaptation.

"Dear Evan Hansen" playwright Steven Levenson is back on board to write the script, per Variety, while lyricists Benj Pasek and Justin Paul of "La La Land" and "Greatest Showman" fame will serve as executive producers.

The musical follows Evan, who suffers from anxiety and writes a letter to himself as a therapy exercise. He ends up bonding with the family of Evan's classmate, Connor Murphy, after Connor kills himself and Evan's letter is mistaken as a suicide note by Connor.

In July, Levenson talked to "CBS This Morning" about the show's approach to difficult subject matter: "Everybody that we told the idea to thought that we were insane … and was very polite about it. It just doesn't sound like a musical."

"What the audience found in this show and appreciated was a sense of authenticity," he continued. "I think it's about empowering people and letting them know that there is help, and that there are people that are there to listen. And as cheesy as that sounds, it's true."

When the show premiered on Broadway at the end of 2016, suicide rates were at a 30-year high, and 9 percent of those age 18-25 admitted to having suicidal thoughts, so the story touched a nerve.

"We had no idea that the show would start the conversations that it started … and we're not experts. We quickly learned from the experts what to say and where to guide people and how to get people to the right places if they needed help," Levenson said. "Those early moves to kind of partner with those people and to get that conversation started were very beneficial to the show and kept us honest. And kept us knowing the responsibility that we had." 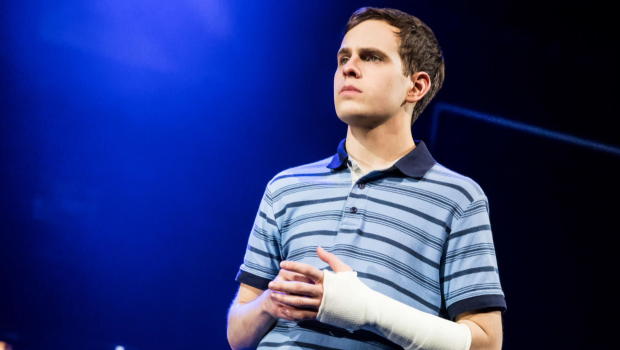