Channing Tatum is expressing his gratitude after Amanda Bynes said in a new interview that she fought for him to join the cast of "She's All That" — his first big break. Bynes, who has stayed under the radar the past few years, is on the cover of Paper magazine and gave an interview in which she revealed that producers were initially skeptical of Tatum.

On Wednesday, at the premiere of "Magic Mike London," Tatum told ET he's grateful that she helped him land his first major role. Up until 2006's "She's All That," Tatum had only had bit roles in movies and a starring role in a Mountain Dew commercial under his belt. But Tatum broke out with the teen rom-com and then starred in the hit "Step Up."

"I love her," Tatum said on Tuesday. "I guess she sort of told me [that she fought to get me in the movie]. I love her."

In Paper, Bynes revealed, "I totally fought for Channing [to get cast in] that movie because he wasn't famous yet. He'd just done a Mountain Dew commercial and I was like, 'This guy's a star — every girl will love him!' But [the producers] were like, 'He's so much older than all of you!' And I was like, 'It doesn't matter! Trust me!'"

Tatum demurred over Bynes' compliments, but said of the actress, "I'm so happy she's killing it again and just back on the right. She's so talented and so special. She's been doing it … I mean, I think it's so impossible when you start at such a young age to keep perspective. It's tough."

Tatum also praised the actress' performance in "She's The Man." He said, "She was just so alive. You never knew what was going to come out her mouth, she was just on fire… I haven't seen her in so long. I love you, Amanda, and I hope you're doing well."

In 2014, Bynes was hospitalized after displaying increasingly erratic and bizarre behavior. Her family's attorney, Tamar Arminak, confirmed to Reuters that Bynes was placed under an involuntary psychiatric hold after flying from New York to Los Angeles.

The hospitalization came after Bynes, 28, sent a series of tweets accusing her father of sexual abuse before retracting the claims and blaming them on a "microchip" in her head. Later, she threatened to kill her parents.

In Paper's new "Break the Internet" issue, Bynes admitted that she was abusing drugs at the time. She said after smoking pot as a teen, "Later on it progressed to doing molly and ecstasy. [I tried] cocaine three times but I never got high from cocaine. I never liked it. It was never my drug of choice."

Later, Bynes said she abused Adderall and displayed unprofessional behavior on the set of "Hall Pass." She also said she was upset with her appearance and performance and decided to stop acting. That's when things took a dark turn, she said.

"I just had no purpose in life," she says. "I'd been working my whole life and [then] I was doing nothing. I had a lot of time on my hands and I would 'wake and bake' and literally be stoned all day long. … I got really into my drug usage and it became a really dark, sad world for me."

Now, the actress says she's ready for a comeback. She said she's been sober for nearly four years and will receive her Associate of Arts degree from the Fashion Institute of Design and Merchandising (FIDM) in Los Angeles this month. She said before she goes into fashion, she wants to return to acting again. 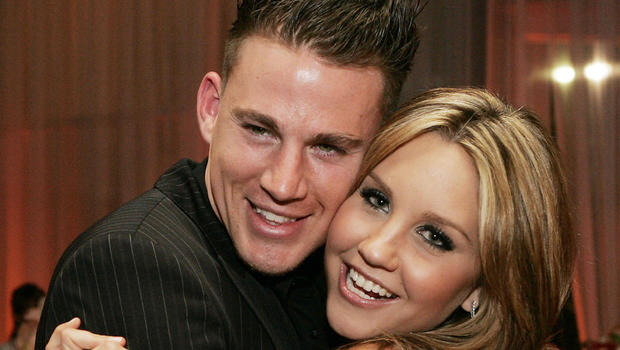 Filmmaker Terence Nance has a vision you need to see for...