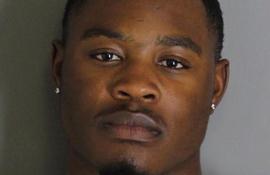 SOUTH FULTON, Ala. — Authorities have arrested the suspect in a Thanksgiving shooting at Alabama mall where police killed a man they mistakenly thought was the shooter, U.S. Marshals confirm to CBS News. Erron Brown, 20, of Bessemer, Alabama, was arrested around 9:30 a.m. in the Atlanta area after a fugitive task force in Birmingham developed leads that he was with family in the area, according to U.S. Marshals.

Inspector Frank Lempka with the U.S. Marshals in Atlanta said Brown was arrested at a relative's home in South Fulton, just outside of Atlanta. Lempka said Brown was taken to the Fulton County jail for an extradition hearing to be sent back to Alabama.

Police were responding to reports of a shooting Thanksgiving night at the Riverchase Galleria in Hoover, a suburb of 95,000 people south of Birmingham, when an officer fatally shot 21-year-old Emantic "EJ" Bradford Jr. Police initially blamed Bradford, who they said had a gun in his hand and was responsible for shooting two people at the mall. They later retracted that statement.

An arrest warrant was issued Wednesday for Brown in Alabama, charging him with attempted murder.

In a statement issued Monday, police said Bradford had a gun in his hand "during the seconds following the gunshots, which instantly heightened the sense of threat to approaching police officers."

Ben Crump, a lawyer representing the Bradford family, said there was a presumption that Bradford was the criminal because he was a black man. He said witnesses have contacted his law firm saying Bradford was trying to wave people away from the shooting. 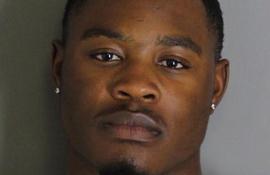 Priest accused of lying about attack sidelined amid abuse allegation