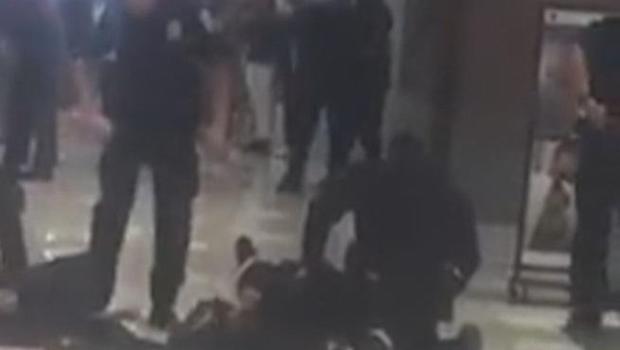 HOOVER, Ala. – Social media video shows that witnesses believed police had killed the wrong person when they shot a black man at an Alabama shopping mall on Thanksgiving. Three gunshot victims can be seen in the video, including Emantic Fitzgerald Bradford Jr., also known as EJ.

"They just killed that man in cold blood. They just seen that man had a gun on him. They shot that man down for no reason," Noland Moore could be heard saying in a video uploaded to Facebook.

Hoover police have offered shifting explanations for why they mistook Bradford for an active shooter at Riverchase Galleria Mall. At first police in Hoover insisted he had wounded two people earlier at the mall. They quickly backpedaled: Bradford was not the gunman. The real gunman remains at large.

At Birmingham's Sixteenth Street Baptist Church, a civil rights landmark, several hundred supporters shared the Bradford family's anger and frustration. It was too much for April Pipkins, the victim's mother. She collapsed in grief.

"I have to go bury my baby boy," father Emantic Bradford Sr. said, choking up with emotion. "And it hurts me to the core because being at home everyday ain't going to be no fun because I can't talk to my child."

"There's some suggestion… that to stop the bad guys with guns we need to have the good guys with guns. Well, EJ Bradford was a good guy with a gun," Crump said.

Witnesses have told the family Bradford was trying to help people to safety when he was shot.

Bradford's family is demanding the release of videotapes from the shooting – including what's inside the shooting officer's body camera. CBS News has been pushing for more answers in this shooting. State investigators won't comment while the case is active. Hoover police, despite a pledge of transparency, never got back to us. In their latest statement, they insisted Bradford was holding his gun when they first responded at the mall. 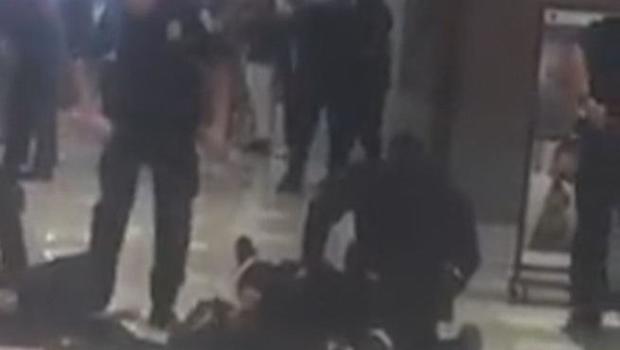 The Smithsonian looks toward the “Futures”