The film will include George Michael's iconic Christmas tune of the same name, as well as other music by the pop star including unreleased songs, according to The Hollywood Reporter. The film is written by Emma Thompson, one of the stars of iconic Christmas film "Love Actually," and Bryony Kimmings.

"Last Christmas" follows Kate, played by Clark, who works as an elf in a year-round Christmas shop. She meets Tom, played by Golding, who seems too good to be true. Golding, who broke into Hollywood with "Crazy Rich Asians," recently starred in Feig's thriller "A Simple Favor."

Yeoh, who played Golding's mother in "Crazy Rich Asians," also stars on "Star Trek: Discovery" as Captain Philippa Georgiou. She talked to CBS News about onscreen representation and said it was refreshing to take on a role set in the future, where race does not matter.

"It's a blessing to be given the opportunity, to make a stand and say, this is what's for the future. Whoever can do the job, just get it done. It doesn't matter if you're a man or woman or what race, because in the future, we are one race, we are human. We're from planet Earth and we work together and protect our home base like that," she said. 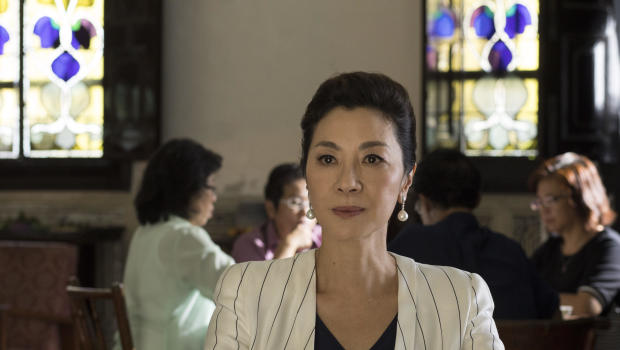