Film critic David Edelstein has been fired from NPR's "Fresh Air" after he made a rape joke on Facebook, referencing a notorious scene in Bernardo Bertolucci's film "Last Tango in Paris." Edelstein apologized for the post, but NPR is cutting ties with him anyway.

In a statement on Tuesday, NPR said: "Today we learned about film critic David Edelstein's Facebook post in response to the death of film director Bernardo Bertolucci. The post is offensive and unacceptable, especially given actress Maria Schneider's experience during the filming of 'Last Tango in Paris.' The post does not meet the standards we expect from Fresh Air contributors, or from journalists associated with WHYY or NPR. We appreciate the apology David posted, but we have decided to end Fresh Air's association with him, and have informed David accordingly."

After Bertolucci's death, Edelstein posted a still from "Last Tango in Paris" that shows an infamous scene during which Marlon Brando's character uses butter as a lubricant to rape Maria Schneider's character. Edelstein wrote, "Even grief is better with butter." He later took down the post.

Schneider, who died in 2011, spoke about the butter scene several times years after the film's release. She was 19 and Brando was 48 when it was filmed. The actress said in a 2007 Daily Mail interview that she "felt a little raped" by her co-star and director. Bertolucci argued that Schneider knew about the simulated rape from the script, and that he only omitted to warn her about the butter.

He said he and Brando came up with the idea on the morning of the shoot and decided not to tell Schneider because he wanted her to react "as a girl, not as an actress." Bertolucci wanted her, he said, to feel "the rage and the humiliation."

Edelstein has contributed to CBS Sunday Morning in the past, but a CBS spokesperson said he is not currently under contract. 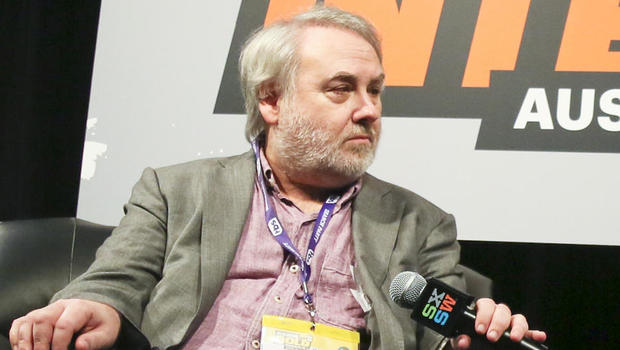 15 highlights at the 2019 Tribeca Film Festival in NYC