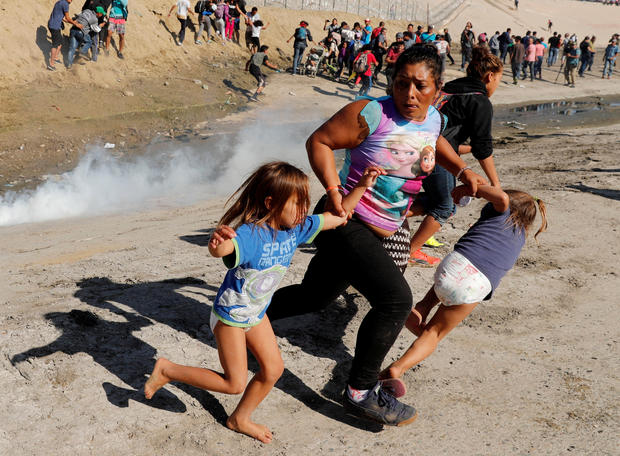 The photographer who took a picture of a mother and her two daughters running away from a smoking tear gas canister near the U.S.-Mexico border on Sunday is sharing more about what happened and why he decided to take the photo.

"When I saw the woman and then two girls, I think maybe that can tell a story because… I had a chance to talk with many migrants and most of them say they want a better life. Also, they want to give a better future to their children. They say that's one of the reasons they want to go to the United States," Reuters photographer Kim Kyung-Hoon told CBS News correspondent Mireya Villarreal. "So that's why… in that hectic and chaotic situation made me just — let me just focus on them."

Reuters reporters tracked Meza down and spoke to her Monday in a shelter. She said she fled Honduras to escape "a lot of violence" and tried to claim asylum at the U.S. border on Sunday, but was among the migrants blocked by Mexican police.

"I was scared, and I thought I was going to die with them because of the gas," Meza told the news agency.

"We never thought they were going to fire these [tear gas] bombs where there were children, because there were lots of children," she said.

Some rushed the fence, prompting the border patrol to fire tear gas. U.S. Customs and Border Protection commissioner Kevin McAleenan said the gas helped stop adults from throwing rocks and said it was "unfortunate" that women and children were affected.

President Trump defended the use of what he called "safe" tear gas to stop migrants trying to rush into the U.S. 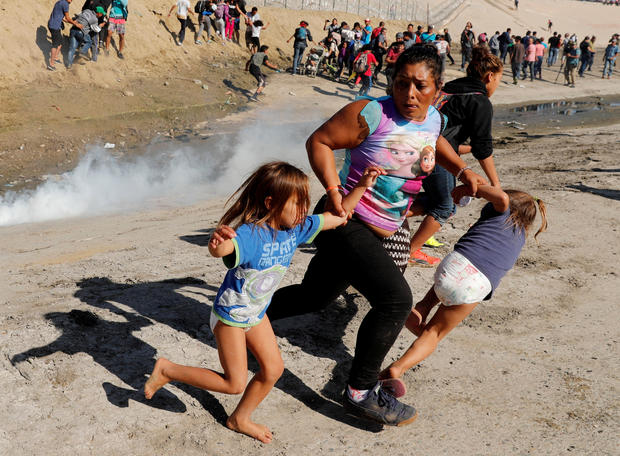 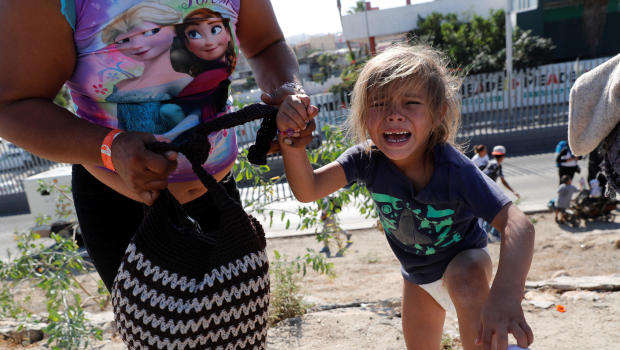