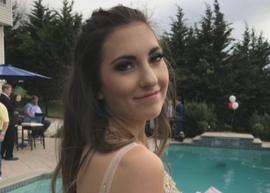 COLLEGE PARK, Maryland – The parents of a University of Maryland student who died after contracting the adenovirus are speaking out about mold conditions on the campus that they believe contributed to her death. Freshman Olivia Paregol died last week after complaining about flu-like symptoms. Her parents, Ian and Meg Paregol, also tell CBS News correspondent Jericka Duncan the university health center did not test their daughter for the adenovirus despite her symptoms and learning of their first case of the illness the day before Olivia's visit. Health officials say they've identified three new cases in Maryland students.

Olivia was diagnosed with Crohn's disease before coming to college and took medication, which her father says weakened her immune system. Within weeks of starting school, he says Olivia began expressing concerns about mold in her dorm room in Elkton Hall.

"You could see [the mold]. Oh yeah, it was on her shoes… It was on her table. It was everywhere," Ian said.

"Yeah, it would collect on their shoes overnight," Meg said.

Kyle Rumsey is among the freshmen students who told us he also found mold in his dorm room.

"I would have red eyes when I'd wake up. I'd have a scratchy throat," Rumsey said.

The university said it began receiving "higher than normal reports of mold" throughout the dorm beginning on Sept. 16. Five days later, officials began relocating more than 500 students from Elkton Hall until crews finished cleaning on Oct. 10.

"There should've been greater disclosure and transparency about the existence of the mold," Ian said. "It was just kind of brushed off – 'Oh, we're going to clean it. Don't worry.'"

That wasn't the only issue, according to Olivia's parents.

University officials said they learned about their first case of adenovirus on Nov. 1. The next day, Olivia went to the university health center complaining of difficulty breathing. No one, the Paregols said, tested her for adenovirus.

"They don't kind of connect that one dot on, 'Hmm, this student is immunosuppressed, she has all the symptoms of adenovirus, we had a diagnosis of adenovirus, oh she just – we'll just send her home.'"

Olivia was eventually treated at Johns Hopkins Hospital, but died on Nov. 18. Her parents said doctors told them if they had known she had adenovirus, they would have given her a different treatment – something her parents believe could have saved Olivia's life.

"We've cried for days and then we go numb and then we are in disbelief. And it's just – no one should have to do this," Ian said.

They buried their daughter three days ago.

"You can't imagine, you know, having to go and pick out a plot for your daughter," Ian said. "It's not the way it's supposed to work."

"I think she found a real place for herself," Meg said of her daughter who was studying criminology at the university. "That brings me a lot of comfort knowing that she was finding joy in life."

The University of Maryland said the illnesses related to adenovirus on campus have been detected both in students living on and off campus and among students in dorms affected and not affected by mold. 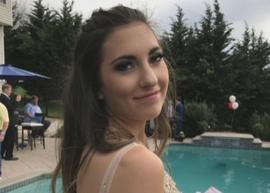