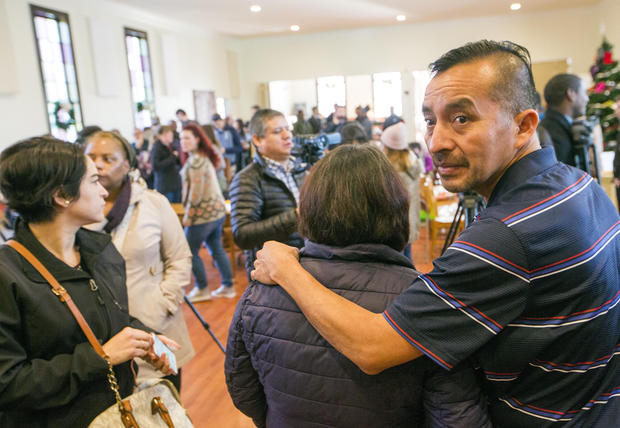 RALEIGH, N.C. — Two congressmen say a Mexican immigrant who had sought refuge in a North Carolina church has been rejected in a formal request to stay in the U.S. to support his family. U.S. Reps. G.K. Butterfield and David Price announced late Monday that Samuel Oliver-Bruno's petition for deferred deportation was denied.

It's not clear when he may be removed from the U.S. Online records listed him as being in a Georgia detention center Tuesday morning. Federal immigration officials have said the 47-year-old has no legal basis to be in the U.S.

Oliver-Bruno was at an immigration office last week to purse that application when he was detained. The congressmen say he left the church after 11 months because immigration officials told him to have his fingerprints taken so he could apply to stay in North Carolina with his wife and son.

Oliver-Bruno had been living in CityWell United Methodist Church in Durham since late 2017 to avoid the reach of immigration officers, who generally avoid making arrests at churches and other sensitive locations.

U.S. Immigration and Customs said Oliver-Bruno, who has lived in North Carolina for two decades, had no legal basis to be in the U.S. and had exhausted his "extensive" appeals. Oliver-Bruno pleaded guilty in 2014 to using false documents to try to re-enter the U.S. in Texas after a trip outside the country, according to court documents.

On Friday, several dozen protesters came to the federal immigration office in Morrisville in hopes of dissuading authorities from arresting Oliver-Bruno. Alerta Migratoria said Oliver-Bruno was detained and put into a van after entering the office, and that supporters were arrested trying to block the van. 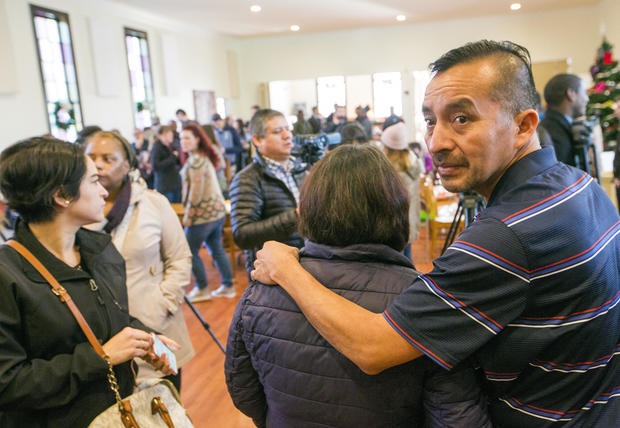