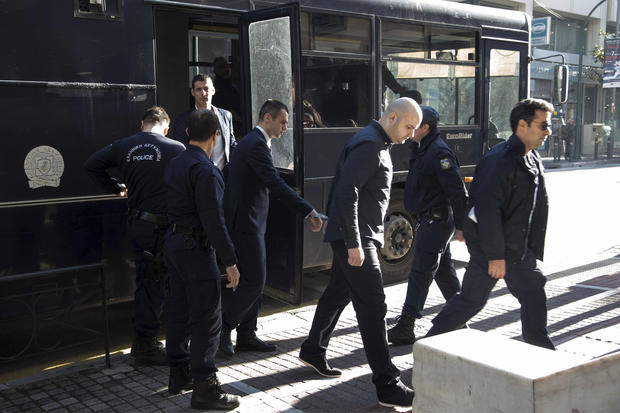 ATHENS, Greece — A prosecutor in Greece has ordered the retrial of seven suspects on murder charges over the fatal beating of Texan tourist Bakari Henderson on an island resort last year. The six men — five Serbian nationals and a British man of Serbian origin — were jailed from five to 15 years last week after being found guilty of deadly assault, but cleared of murder charges.

But a public prosecutor Monday ordered the retrial of the six men for murder by a more senior panel of judges. A seventh man, a Greek national cleared last week, will also stand trial for murder.

Henderson, a 22-year-old from Austin died in July 2017 after being beaten in the street following an argument in a bar in the Laganas resort area of Zakynthos island.

CBS News correspondent Charlie D'Agata reported that Henderson's parents were in the courtroom last Thursday as the initial sentences — far lighter punishment than the bereaved couple had hoped for — were handed down.

His mother Jill Henderson said ahead of the court session that she and her husband Phil were, "just hopeful that justice will be served, and that all defendants will get life sentences."

After the sentencing, Phil Henderson told CBS News outside the court that he "can't understand; a man's life here in Greece doesn't mean anything."

"You should not be able to chase a man down and beat him to death and not go to jail," his wife added, before breaking down in tears.

The British national was given the most severe sentence, of up to 15 years in prison for causing grievous bodily harm. One of the Serbs was sentenced to 10 years, three got seven years and another five years, all for lesser assault charges.

D'agata reports the defendants were seen smiling, hugging and exchanging high-fives in court after the verdicts were read.

Bakari, a 22-year-old recent business graduate from the University of Arizona, was in Greece last year on a working holiday with friends. He was planning to shoot promotional video for his own line of apparel.

On the night in July 2017, he ran into the defendants at a bar. A Serbian woman told investigators that when she posed for a selfie with the American, a man nearby said, "There are a lot of Serbs in the bar. Why are you talking to a black guy?"

She said the man then smacked Henderson in the face, and Henderson hit him back.

The brawl moved outside, where a mob of men chased him down the street, brutally beating him. 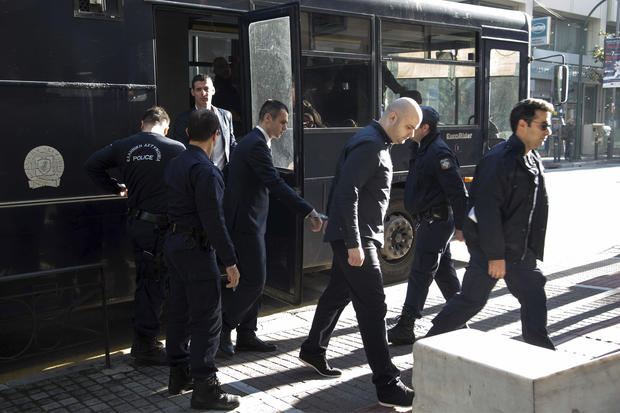