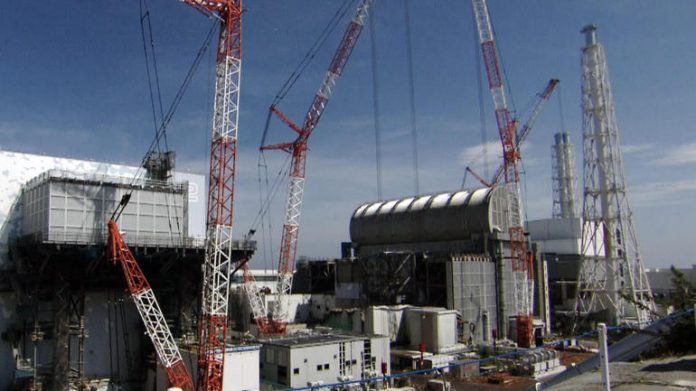 Robots come to the rescue after Fukushima Daiichi nuclear disaster

Seven years after a powerful earthquake and tsunami caused a massive nuclear meltdown in the Daiichi Power Plant, Lesley Stahl reports on the unprecedented cleanup effort

More than seven years have passed since a monster earthquake and tsunami struck northeast Japan and triggered what became, after Chernobyl, the worst nuclear disaster in history at the Fukushima Daiichi Nuclear Power Plant.

When three of its six reactors melted down, hot fuel turned to molten lava. And burned through steel walls and concrete floors. To this day no one knows exactly where inside the reactor buildings the fuel is. And it is so deadly, no human can go inside to look for it. So the Japanese company that owns the crippled plant has turned to robots.

There are four-legged robots, robots that climb stairs and even robots that can swim into reactors flooded with water. They're equipped with 3D scanners, sensors and cameras that map the terrain, measure radiation levels and look for the missing fuel.

This is part of a massive clean up that's expected to cost nearly $200 billion and take decades.

Lake Barrett: No, this is a unique situation here. It's never happened in human history. It's a challenge we've never had before.

"It was truly Hell on Earth."

Lake Barrett is a nuclear engineer and former Department of Energy official who oversaw the cleanup of the worst nuclear accident in U.S. history, Three Mile Island. He was hired as a senior adviser by TEPCO, the Tokyo Electric Power Company that owns the plant and is in charge of the effort to find the missing fuel.

He's also advising on the development of new robots like this six-legged spider robot that engineers are designing to hang from scaffolding and climb onto equipment. He describes them as…

Lake Barrett: Very advanced working robots that will actually be the ones with long, muscular arms and laser cutters and such that will go in and actually take the molten fuel and put it in an engineered canister and retrieve it.

Lesley Stahl: Should we think of this as a project like sending someone to the moon?

Lake Barrett: It's even a bigger project in my view. But there's a will here to clean this up as there was a will to put a man on the moon. And these engineering tasks can be done successfully.

Lesley Stahl: Why not just bury this place? Why not do what they did at Chernobyl? Just cover it up, bury it, and just leave it here all– you know, enclosed?

Lake Barrett: Number one this is right next to the sea. We're 100 yards from the ocean. We have typhoons here in Japan. This is also a high earthquake zone. And there's gonna be future earthquakes. So these are unknowns that the Japanese and no one wants to deal with.

The earthquake that caused the meltdown measured 9.0, The most powerful ever recorded in Japan and triggered a series of tsunami waves that swept away cars, houses and entire towns. Killing more than 15,000 people.

At Fukushima Daiichi, the enormous waves washed over the plant, flooding the reactors and knocking out power to the cooling pumps that had kept the reactor cores from overheating. Lake Barrett took us to a hill overlooking the reactors where the radiation levels are still relatively high.

Lesley Stahl: So this is actually right where– where it all happened? The heart of the disaster, right here?

Lake Barrett: Correct. There's reactor number one, reactor number two, reactor number three.And when the earthquake happened, 100 miles away, these buildings all shook and these towers all shook. But the design was such that they were safe. But 45 minutes later, waves were racing in, tsunami waves, from the earthquake, and there were seven waves that came in at 45 feet high. And put the station in what we call "station blackout." They had no power. And the cores got hotter inside, and hotter, and hotter again until the uranium started to melt.

Lesley Stahl: How many tons of radioactive waste was developed here?

Lesley Stahl: So how long will it be lethal?

Lake Barrett: It will be lethal for thousands of years.

Lesley Stahl: What we're talking about really is three meltdowns?

Lake Barrett: Yes. It was truly Hell on Earth.

"No one is gonna send a worker in there because they'd be overexposed in just a matter of seconds."

The meltdowns triggered huge explosions that sent plumes of radioactive debris into the atmosphere, forcing the evacuation of everyone within a 12-mile radius – about 160,000 people in all. Weeks later, TEPCO officials engaged in so-called kowtow diplomacy – allowing townspeople to berate them as they prostrated themselves in apology.

Thousands of workers were sent to the countryside to decontaminate everything touched by radiation including digging up dirt and putting it in bags – lots of bags.

But while much of the evacuation zone has been decontaminated, there are still entire neighborhoods that are like ghost towns, silent and lifeless with radiation levels that remain too high.

At the plant they're capturing contaminated groundwater, about 150 tons a day, and storing it in tanks, as far as the eye can see.

The closer workers get to the reactors, the more protective gear they have to wear, as we discovered.

We were zipped into Tyvek coveralls and made to wear two pairs of socks and 3 pairs of gloves.

Not an inch of skin was exposed. The layers of protection include a mask…

Lesley Stahl: It's a little loose.

Lake Barrett: We'll tighten it up.

…That often fogged up.

Lake Barrett: How do you feel?

And a dosimeter to register the amount of radiation we'd be exposed to.

We were ready for battle. We went with a team of TEPCO workers to unit three, one of the reactors that melted down on that March day, seven years ago, that the Japanese call, simply 3/11.

Lake Barrett: There you are, Unit 3.

Lake Barrett: These are shield plates because there's cesium in the ground.

In the years since the accident, much of the damage to the building has been repaired.

But it's still dangerous to spend a lot of time here. We could stay only 15 minutes.

Lake Barrett: Right. That's telling you the radiation level that we're in. It's fairly high here. That's why we're gonna be here a short time.

Lesley Stahl: How close are you and I, right this minute, to the core?

Lake Barrett: The– the melted cores are about 70 feet that way.

Lesley Stahl: –is the melted core?

Lake Barrett: Correct, that's right over in here. We don't know quite where other than it fell down into the floor.

Lesley Stahl: So if you sent a worker in right now to find it, how long would they survive?

Lake Barrett: No one is gonna send a worker in there because they'd be overexposed in just a matter of seconds.

Lesley Stahl: This is the robot research center.

In 2016, the Japanese government opened this $100 million research center near the plant where a new generation of robots is being developed by teams of engineers and scientists from the nation's top universities and tech companies.

Dr. Kuniaki Kawabata: This is our newest robot, J-11.

Lesley Stahl: So, number 11. And it's an obstacle course.

Dr. Kuniaki Kawabata: Yes. the operators use the camera image in front of the robot. But it's so many hours required to train. Because it looks very easy, but it's quite difficult.

They also train here in this virtual-reality room where 3D data taken inside the reactors by the robots is projected onto this screen. Operators, using special glasses, can go where no humans can.

Lesley Stahl: –a part of a reactor.

Lesley Stahl: Y– so as if you're in there.

Lesley Stahl: I actually wanna duck. I mean, that's how real it feels to me. Like here we're going under this thing. I have to duck.

But even with all the high-tech training and know-how, the robots have run into problems. For the early models, it was the intense levels of radiation – that fried their electronics and cameras.

Lake Barrett: Their lifetime was hours. We hoped it would be days, but it was for hours.

Lesley Stahl: Tell us what happened to the robot named Scorpion. This is a highly sophisticated, and I gather everybody thought this was the answer.

Lake Barrett: That was gonna be the first robot we were going to put inside the containment vessel, which is where we need the information the most 'cause that's where the core is.

This is Scorpion, whose mission cost an estimated $100 million. It was designed to flatten out and slither through narrow pipes and passageways on its way to the core. And, like a scorpion, it raises its tail.

Lake Barrett: The tail would come up with a camera on top with lights. Because you have to have its own lights. It's all dark inside. There're no regular lights. So that was the plan. And we had great expectations and hope for that. We all did. Took a year to prepare, and it was hard work.

But when Scorpion went inside, it hit some debris and got stuck after traveling less than 10 feet.

Lake Barrett: Well, but you learn more from– from failure sometimes than you do from success.

They had more success with this robot named Little Sunfish, which was designed to swim inside one of the reactors flooded with water. In preparing for Little Sunfish's mission, engineers spent months doing test runs inside this enormous simulation tank, fine-tuning the propellers, cameras, sensors and 65 yards of electric cable — all built to withstand intense levels of radiation.

They used nuclear reactor number five to help plan the mission. It didn't melt down when the tsunami hit and is nearly identical to the one Little Sunfish would scout. Finally, last year, the swimming robot made its foray into the heart of the reactor. To look for the missing fuel. Barrett took us into unit 5 to show us how it maneuvered through the labyrinth of pipes and debris inside the reactor.

Lake Barrett: The Little Sunfish came down on the edge and it swam underwater down through this little entryway here underneath the reactor vessel.

Lesley Stahl: Is this the route Little Sunfish took?

Lake Barrett: Yes this is. The Little Sunfish swam thru this portal, down into this area, it went around the side. It went down through this grating, which was gone. We are standing directly underneath the reactor vessel. Molten fuel came through here and it jetted out under very high pressure. And then it came out slowly like a lava in a volcano, and it fell down and burned its way through this grating down to the floor.

This is what Little Sunfish saw as technicians guided it through the pipes and hatchways of the flooded interior. It beamed back images revealing clumps of debris, fuel rods, half-destroyed equipment and murky glimpses of what looks like solidified lava — the first signs, TEPCO officials say, of the missing fuel.

Lake Barrett: These robotic steps so far have been significant steps. But it is only a small step on a very, very long journey.

Lesley Stahl: This is gonna take you said decades with an "S." How many decades?

Lake Barrett: It, well, it may be longer. But the reality is this is a challenge that's never been dealt with before. But every step is a positive step. You learn from that and go forward to another step. 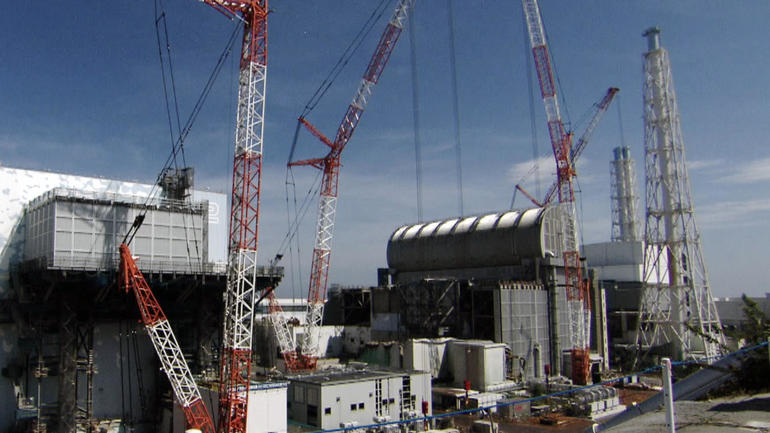 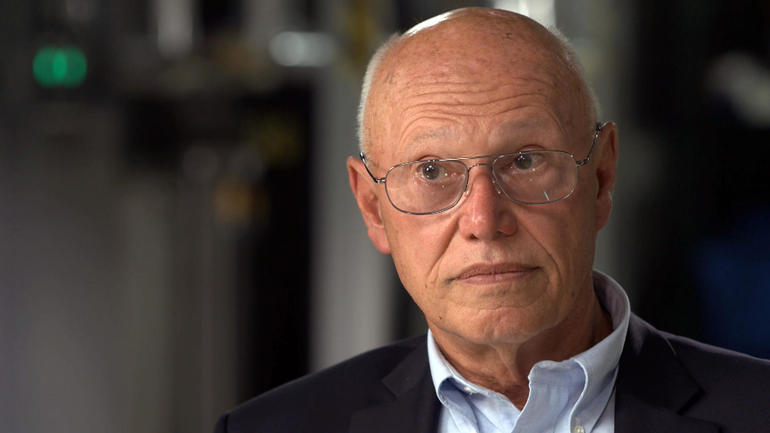 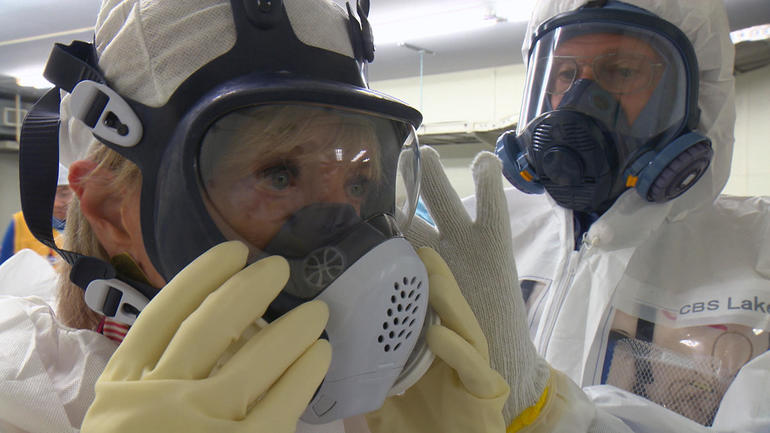 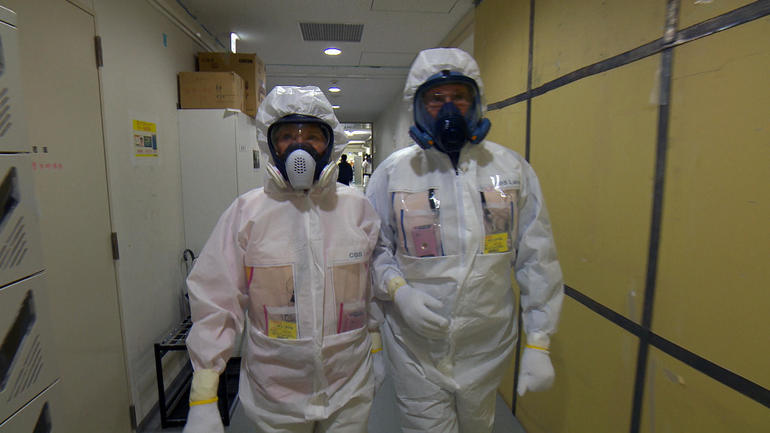 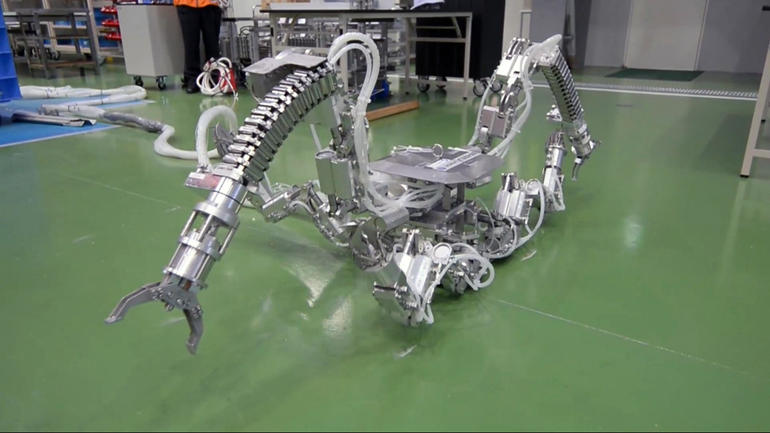 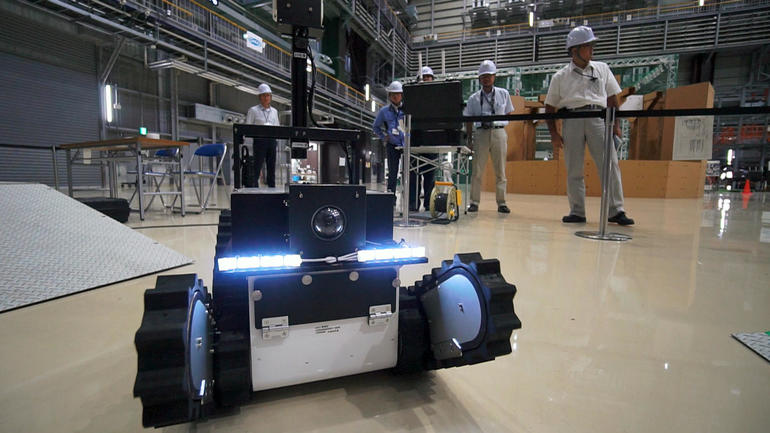 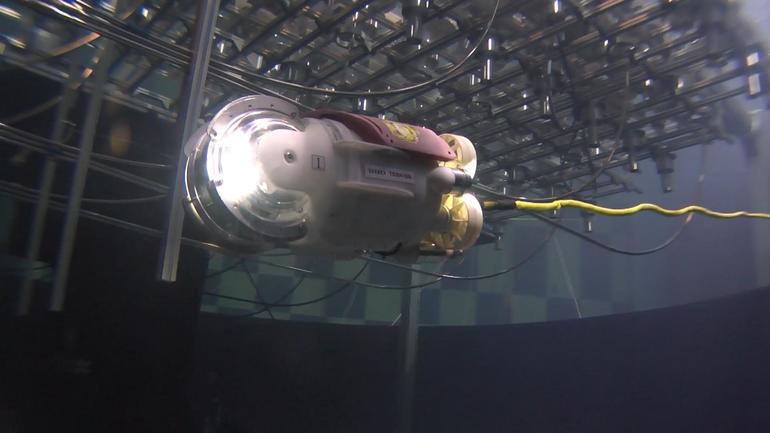 Monaco: The ultimate playground for the rich