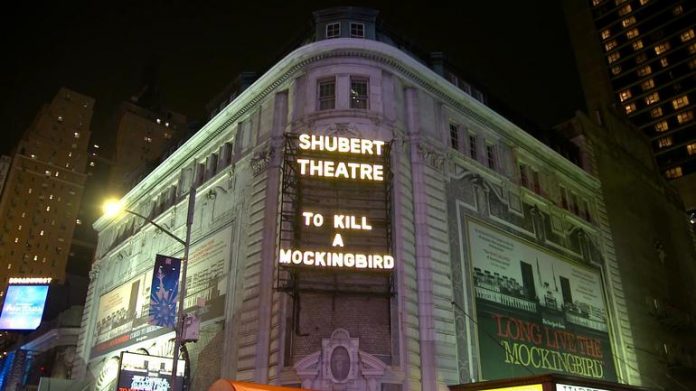 "To Kill a Mockingbird" comes to Broadway

With Aaron Sorkin writing the adaptation and Jeff Daniels starring as Atticus Finch, the Harper Lee classic hits the stage

When Harper Lee wrote "To Kill a Mockingbird" 58 years ago, in the early years of the civil rights movement, it struck a nerve in the country that remains sore today. The book has sold 40 million copies, spawned a classic movie, and was recently voted America's most loved novel. It's about a small town lawyer named Atticus Finch who is called upon to defend an innocent black man accused of raping a young white woman in rural Alabama during the 1930s and it raises issues that are still in the news every week.

On December 13th the curtain will go up on an ambitious theatrical adaptation involving some of the most talented people on Broadway. It is producing a lot of excitement and anticipation in New York, and even a bit of anxiety in the people who have accepted the challenge of doing it.

The table is set now. The play is in previews awaiting the culmination of a process that began two months ago. When the cast and crew arrived for the first day of rehearsals, some of them knew each other from workshops and read-throughs that began a year ago. But it was the first time they had been together in the same room. Mega-producer Scott Rudin, Tony Award-winning director Bartlett Sher, leading man Jeff Daniels, and a supporting cast of some of the best actors on Broadway, all in the same lifeboat.

There was a lot to do as they began working on version 22 of Aaron Sorkin's "To Kill a Mockingbird."Sorkin, probably the most famous, bankable scriptwriter in America has an Oscar and Emmys with credits like "The Social Network," "Moneyball," "The West Wing" and "The Newsroom." His career began on Broadway 30 years ago with "A Few Good Men." And he was approved by Harper Lee before her death three years ago to do the Broadway adaptation.

Aaron Sorkin: I remember what I was thinking, which was simultaneously, "This is going to be incredibly exciting. I– I get to do a play again, I get to be involved with this material." And– "I'm never going to make it out of this alive."

Aaron Sorkin: Yeah. Yeah you know, the book is revered, and what could I possibly do but screw it up?

Steve Kroft: Have you screwed it up?

Aaron Sorkin: I don't think I have, I– I think I did get out of it alive.

If that turns out to be true it will not have been easy. It's impossible to turn a book into a movie or a play without altering the material and making changes to a masterpiece is always risky business.

Aaron Sorkin: There is no event in the play that doesn't occur in the book. I– I– I haven't added new things. But those events are simply– we're taking another look at them. It's going to be a new look at familiar material. It's going to be an exhilarating night in the theatre.

The man responsible for lifting Sorkin's words off the page and onto the stage is Bart Sher, maybe the hottest director on Broadway right now. Sher creates the machine that operates the play and is the company's conductor, choreographer and coach.

Steve Kroft: What's the biggest challenge with this production?

Bartlett Sher: The challenge is expectations. The challenge is swimming into the national memory between people who have a deep memory of the book, people who love the film, and people who are going to come into a theater and see it now, how to connect all of those different perspectives.

The strongest Mockingbird memories swimming around in the national consciousness is that of Atticus Finch, one of the most indelible characters in American literature and seared into our minds with the Academy Award-winning performance of Gregory Peck in the 1962 film.

Only one actor was ever considered for the Broadway role. Both Aaron Sorkin and producer Scott Rudin wanted Jeff Daniels.

Steve Kroft: Did you have Jeff Daniels in mind when you were writing this?

Aaron Sorkin: There was never a conversation about any other actor. In fact, in that first phone call, Scott said, "We'll do it with Jeff, right?"

Steve Kroft: Why were you thinking of him?

Sorkin and Scott Rudin had both worked with Jeff Daniels on HBO's "The Newsroom" and the movie "Steve Jobs" and consider him to be a master of Sorkin's dialogue.

Besides being a bonafide star, he is an accomplished versatile Broadway actor, who at age 63 seems to be at the peak of a 40-year career.

Jeff Daniels: "I wish I could've told that 21-year-old kid back in 1976, "It's going to happen for you. But you're going to be in your 60s. And you should probably read Harper Lee's "Kill a Mockingbird." I'm not going to tell you when but someday."

Steve Kroft: Is this the highest profile role you've ever had?

Steve Kroft: Gotta get that in.

"This whole idea of justice and what's right is still a theme that universally is being discussed."

To prepare for the role, Daniels re-read the novel, the biographies of Harper Lee and histories about the Jim Crow South, all to make sure he knew as much or more about the subject than the critics.

And that's exactly what they've done. The structure has changed out of practical necessity. The childrens' roles of Scout, Jem and Dill are all played by adults looking back because the parts were simply too big and too difficult for child actors.

In the book, the trial of Tom Robinson doesn't begin until chapter 16. In the play, it's introduced in the first few minutes as scenes shift back and forth in time and location. But the biggest change in Sorkin's play is that it was written for today's audience.

Aaron Sorkin: We weren't going to pretend that 58 years hadn't gone by since the publication of the novel. Because the Shubert Theatre isn't a museum. This shouldn't be an homage, this shouldn't be nostalgic. And In this story, about racial tension, Jim Crow, injustice in the south, the only two African American characters have nothing to say on the matter. We understand now in 2018 that using African American characters as atmosphere in a story is– is offensive. Also in this story, it's a wasted opportunity.

The play allows Tom Robinson, played by Gbenga Akinnagbe, to do more than just beg for his life.

And the part of Calpurnia, Atticus' long-time cook, maid and surrogate mother to his children, has been expanded to member of the family.

Aaron Sorkin: Calpurnia now has agency. That she has an opinion.

Aaron Sorkin: Yeah, she has a voice. And uses it, it's important now that she use it.

The role is played by LaTanya Richardson Jackson.

LaTanya Richardson Jackson:He doesn't think so, but I am totally the servant in charge of Atticus. Trying to infuse his thinking. Trying to make sure that he's okay.

Steve Kroft: That's the impression you get from the book to a certain extent, you just don't hear the conversation.

Steve Kroft: Do you think people are really going to notice all of these differences?

LaTanya Richardson Jackson: I think the average theatregoer will notice that it has been opened up to because you know the thing about this book though, it's timely. It's still now.

LaTanya Richardson Jackson: It's still occurring. I mean, Tom's death is still happening. This whole idea of justice and what's right is– is still a theme that universally is being discussed.

That relevance resonates throughout the play as Atticus Finch is caught in the middle between small-town friends and blatant racism.

In the book he had all the answers. In the play he grapples with the questions.

Jeff Daniels: He isn't the shining white night on the horse, the statue in the square that is Atticus. He's just a small-town lawyer who gets paid in vegetables sometimes. That's all he is. I handle land– land disputes, service agreements, foreclosures. And I can write a will. My first two criminal clients were the last two people hanged in Maycomb County.

Steve Kroft: Was that you doing Atticus when you just went through those lines?

Jeff Daniels: A little bit, the accent was lighter. He's the Atticus from the book. But he goes through the change which every leading protagonist needs to do. And– and that's what– that's what happens in the play. You see him become Atticus, stand on that porch and go, you know, we're going to fix what's going on here.

The differences are subtle and there is no problem hearing the voice of Harper Lee. But everyone has their own expectations, including the executor of her estate, Tonja Carter, who made a federal case of it in March by suing the production, alleging the changes had violated the spirit of the novel. The case was settled out of court preventing what had promised to be a premature premier in a courtroom.

Aaron Sorkin: It's all behind us and Tonja Carter will be there on opening night.

Steve Kroft: Oh she will be?

Aaron Sorkin: She– I believe she has. We– we haven't heard from her in a while, except a request for 30 tickets for opening night.

There are a lot of people requesting tickets. The producers say advance sales are running far ahead of any Broadway production this year. And it's sure to create controversy and conversation.

The play is still being tweaked. But word of mouth is positive and there are no signs of anyone bailing lifeboats.

Aaron Sorkin: Here is my hope, okay? For those who haven't– who haven't read the book in 20 years, and for those who read the book last week, here is my hope. I can't help the expectations that you walk into the theatre with. But my hope and my belief is that 30 seconds after the curtain goes up you will have forgotten those expectations and you will be caught up in this new thing that you're seeing. 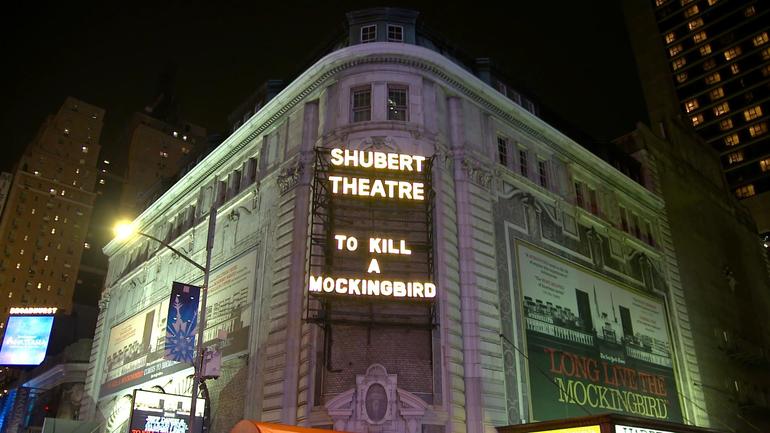 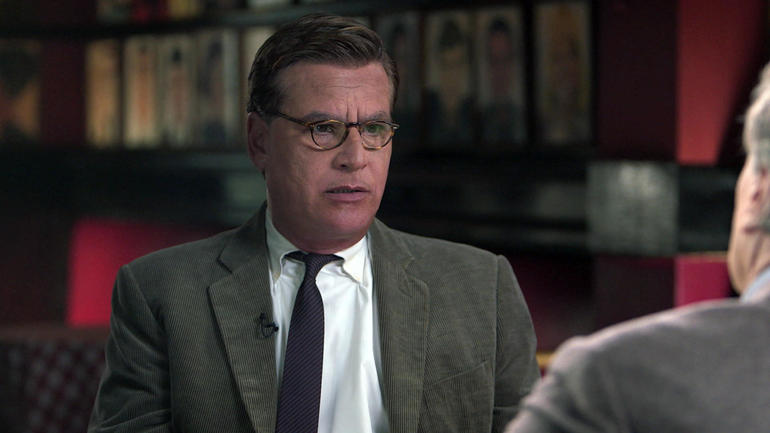 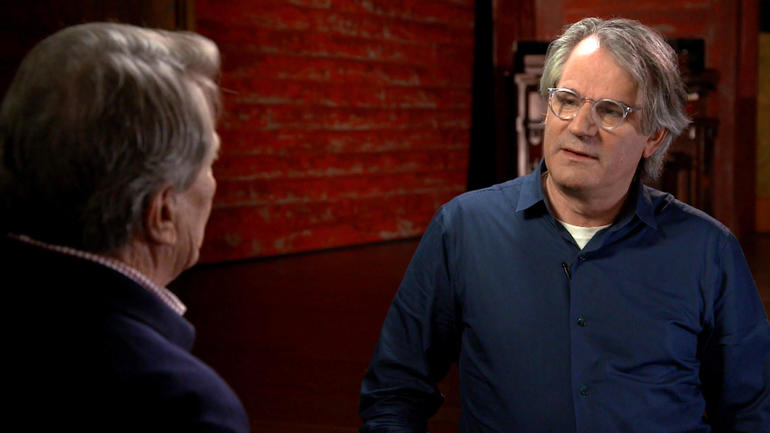 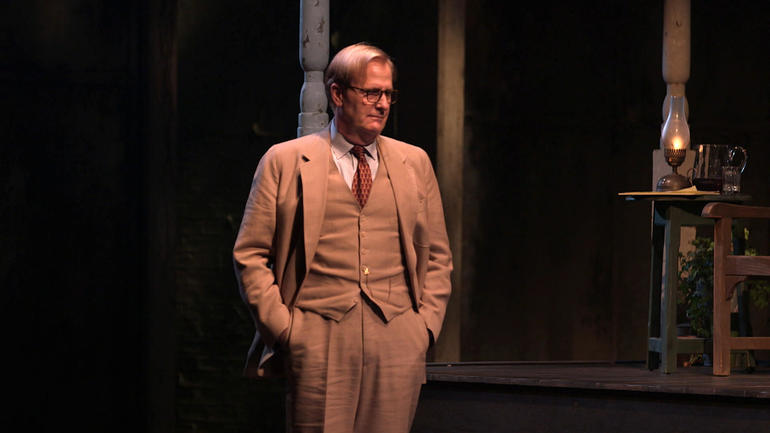 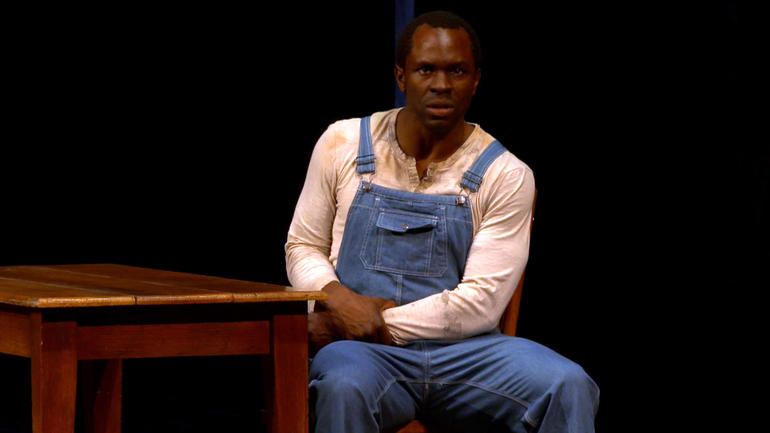 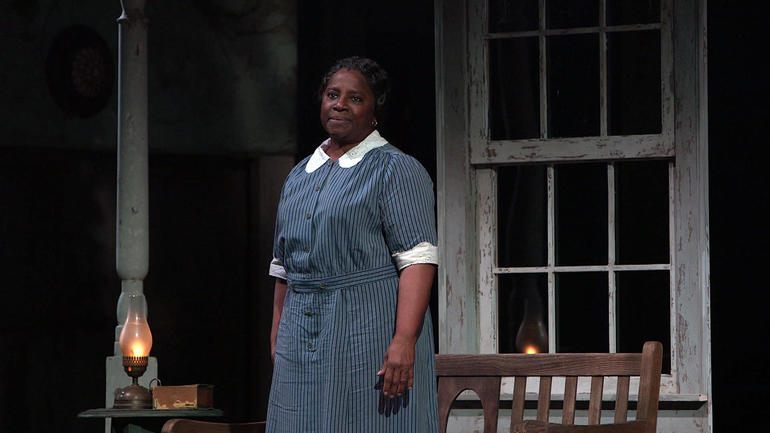