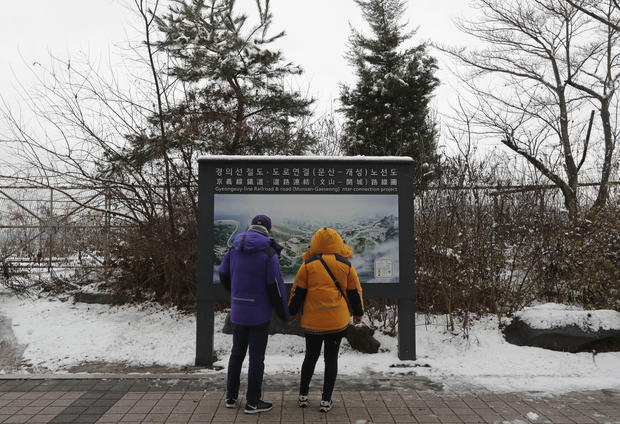 SEOUL, South Korea — South Korea said Saturday that the United Nations Security Council granted an exemption to sanctions that will allow surveys on North Korean railroad sections that would connect North and South Korea and revamp the North's failing railroads.

The announcement is significant because it is a project that North Korea wants, and because it represents a small but important concession by the U.S. to Pyongyang in order to move forward in talks on denuclearization of the Korean peninsula, CBS News' Pamela Falk reports.

The field surveys — which would require the South to bring fuel and a variety of goods to the North, including possibly cars to test on northern tracks — were resisted for months by the Trump administration as a violation of U.N. sanctions. That changed, however, when the U.S. and South Korea established a working group to ensure that they were coordinating moves forward with the North, and not leaving each other out of negotiations.

South Korean President Moon Jae-in's office released a statement saying it was meaningful that the plan to jointly examine North Korean railroads gained "recognition and support from the United States and international community" and that the project would allow inter-Korean cooperation to "enter a new level."

The plan to modernize North Korea's outdated railways and roads and reconnect them with the South was among many agreements reached between North Korean leader Kim Jong Un and South Korean President Moon Jae-in amid a diplomatic push that eased tensions over the North's nuclear program. Moon proposed the rebuilding of North Korea's railway system as an offer in exchange for halting and removing its nuclear facilities.

The U.N. Security Council, with U.S. support, has now moved that ball forward. South Korea's Ambassador to the U.N. Cho Tae-yul confirmed to CBS News that a waiver was granted by the Council.

The Koreas plan to hold a groundbreaking ceremony by the end of the year on the ambitious project to connect their railways and roads. But beyond surveys and tape-cuttings, they cannot move much further along without the lifting of U.S.-led sanctions against North Korea, which isn't likely before Pyongyang takes firmer steps toward relinquishing its nuclear weapons and missiles.

The U.S. has been under pressure to allow some easing of sanctions in the form of exemptions, in order to keep dialogue with North Korea going in the wake of a June summit between and U.S. President Trump, Falk reports. U.N. sanctions against North Korea have strengthened significantly since 2016 as Pyongyang stepped up its weapons tests. Washington's own sanctions against Pyongyang restrict an even broader range of economic activities and target a larger list of companies and individuals.

North Korea insists that sanctions should be removed first before any progress in nuclear negotiations. There's also unease between the United States and South Korea over the pace of inter-Korean engagement, which Washington says should move in tandem with U.S.-led efforts to denuclearize the North.

Even if the North takes concrete steps toward denuclearization and gains sanctions relief, experts say updating North Korean rail networks and trains, which creak slowly along the rails that were first built in the early 20th century, would require a massive effort that could take decades and tens of billions of dollars. 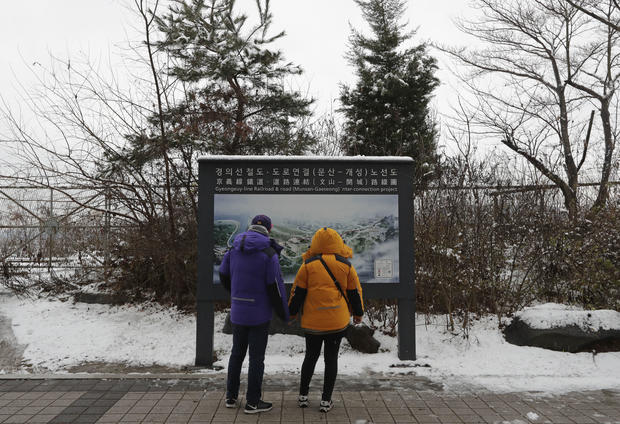 American accused of espionage due in Russian court

Philippine priest says “death squad” has forced him into hiding