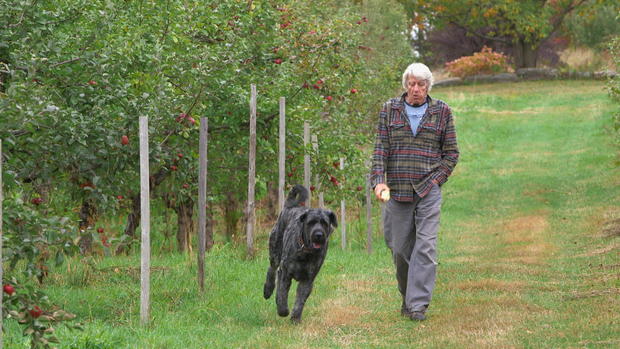 Nestled in the Quebec countryside is a farm so picturesque that it looks like a living postcard. Horses graze in the pasture as their owner and his best friend roam the grounds.

Despite the tranquil surroundings, Christian Barthomeuf is no ordinary farmer. He's a disrupter, credited for reviving Canada's apple industry.

Barthomeuf started three decades ago when he invented ice cider, an alcoholic apple drink akin to dessert wine. It takes advantage of something Canada has in abundance: the cold. Instead of picking apples in the fall, he waits until winter when the apple's sugar peaks.

Weather is a key ingredient. It may also be this delicacy's downfall. Barthomeuf said that because of global warming, he's not sure they will be able to make ice cider in just 15 years from now.

Barthomeuf was inspired by a popular drink called ice wine, which is made from frozen grapes. What started with one apple tree has grown to hundreds at his vineyard, Clos Saragnat, where tourists flock for tastings.

Once the apples reach minus 10 degrees Celsius, the apples are pressed immediately. That allows frozen water to remain with the leftover pulp, so only the concentrated sugary nectar is extracted.

During the fermentation process, about half of the high sugar content turns to alcohol, allowing the cider to keep its sweet taste despite a 10 percent alcohol content.

"In the '70s, big companies started to do cider but the cider was very bad. Even for health. So the government decided to take this out of the market and the people, they just kept the idea that cider was a very bad thing to have," Dupuis said. "We said, 'Okay, it's apple wine.'"

With his newfound success, Canada approved Barthomeuf to sell ice cider. Other Quebecers later joined in. The ice cider movement spread south to Vermont where in 2007, Eleanor Leger's basement hobby of making the drink flourished into a company.

"We visited 26 restaurants, a couple stores, and all but one of them bought and then they rebought. We were sold out and they wanted more," Leger said. "And that was when we sort of looked at each other and said, 'Oh, maybe this is not a hobby.'"

"It was critical because our whole intention when we started in 2007 was to make ice cider primarily, not hard cider … and if we didn't get an approval for a label to say 'ice cider' then we weren't going to do anything commercially with it," Leger said.

Unlike Barthomeuf in Canada, Leger, like most American ice cider makers, picks the apples in the fall, not winter. She later freezes its juice to make ice cider.

Ryan Burk is head cider maker at Angry Orchard, which is now making its own ice cider.

"There's so many ways that cider can be its own thing and then within that very different from each other by style," Burk said.

But it's not cheap. Each bottle requires up to a 100 apples, and that's just one of the challenges to making this sweet treat.

"We'll see what this winter brings but you know for us, last year it didn't get cold enough to freeze, thaw, freeze, thaw – the process that we need to make great ice cider," Burk said. 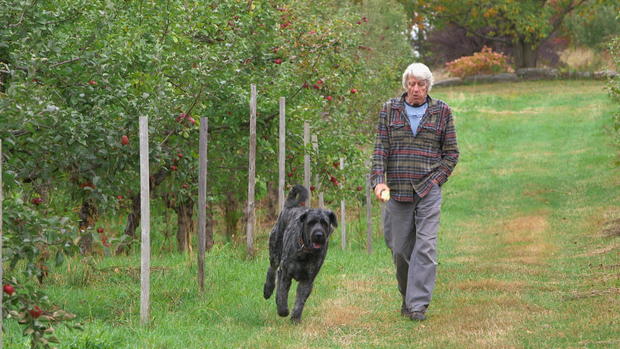 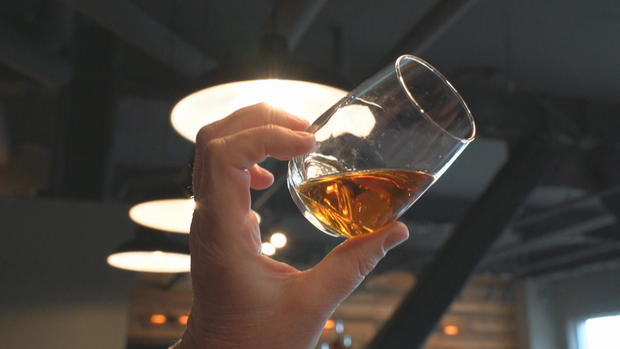