BEIJING – The founders of Dolce & Gabbana have apologized in a video on Chinese social media after promotional videos seen as racist and subsequent Instagram messages stoked a furor in one of the world's largest markets for luxury goods.

The Italian fashion house has been in hot water for the videos and also insulting remarks made by the Instagram accounts of both the company and co-founder Stefano Gabbana. It blamed hackers.

The three promotional videos, which have been deleted from the company's Weibo account, feature a Chinese woman using chopsticks to eat pizza, spaghetti and meatballs, and other Italian food. Many Chinese social media users called the videos racist and full of outdated stereotypes.

Gabbana and Domenico Dolce appeared in a video posted Friday on Chinese social media saying they hope to be forgiven and will do their best to better understand and respect Chinese culture.

"Our families have always taught us to respect the various cultures in all the world, and this is why we want to ask for your forgiveness if we have made mistakes in interpreting yours," the fashion designers said, speaking in Italian. "We also want to apologize to all of the many Chinese people throughout the world…. We have always been in love with China."

They finish by saying "sorry" in Chinese.

Founded in 1985 and based in Milan, Italy, Dolce & Gabanna sells apparel, shoes, watches and other products.

The videos and the Instagram comments created a huge backlash in China, forcing Dolce & Gabbana to cancel a major show this week. The flap highlights the risks global brands face in promoting their products in the world's second-largest economy. 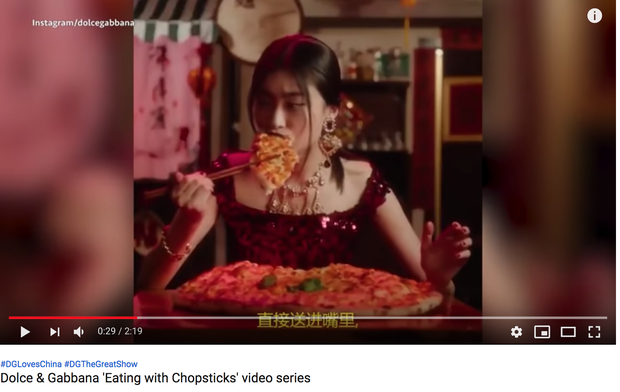