Beverley Mitchell says she wants to help remove the stigma of miscarriages. The former "7th Heaven" star wrote in an emotional blog post that she miscarried twins earlier this year.

Mitchell, who is a mom of two, said she was excited when she found out she was pregnant, and even more so when she learned she was expecting twins. But just a few weeks later, it was "a shock" when she learned that she had miscarried. She wrote, "Our new dream of our growing family came crashing down."

"Honestly, my first instinct was to say I was fine, and to be honest; I was trying to be," she continued. "I thought I had to be, for my family, for myself. I had to jump on a plane and go to work being surrounded by babies and kids while I was still miscarrying." Mitchell currently stars on "Hollywood Darlings."

"Though it made sense in my head, my heart could not make sense of it," she wrote. "I never really considered that I would miscarry being that I had already had two healthy pregnancies. This was my misconception, you see, I didn't know much about miscarriages and I didn't know many people who had miscarried, or so I thought."

Mitchell said she's started to heal, especially because she's talked to loved ones about her loss. She also thanked her husband, saying, "Today I celebrate my gratitude to Michael for being my rock, my best friend, my soul mate, my everything. I am incredibly grateful for my rock of a husband who had patience while I worked through the gamut of emotions … If we are blessed with more children they will fill us with more love, but for now, I look at my family and I am GRATEFUL, BLESSED, and THANKFUL."

The actress asked women to be part of the change in destigmatizing miscarriages.

"No one should suffer in silence," she said. "To speak up and share your wounds, to allow them the opportunity to heal. Let's remove the stigma, miscarriages happen, they are nothing to be ashamed of." 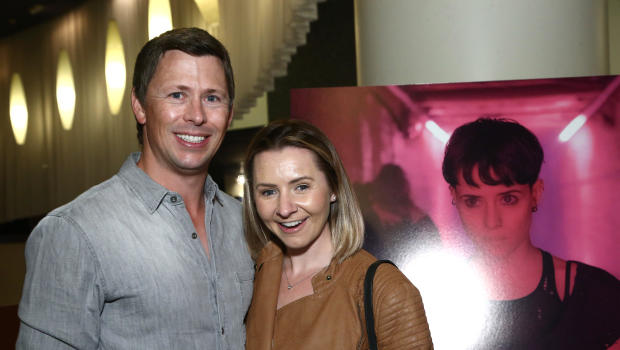 Will Idris Elba be the next James Bond? Speculation reignites