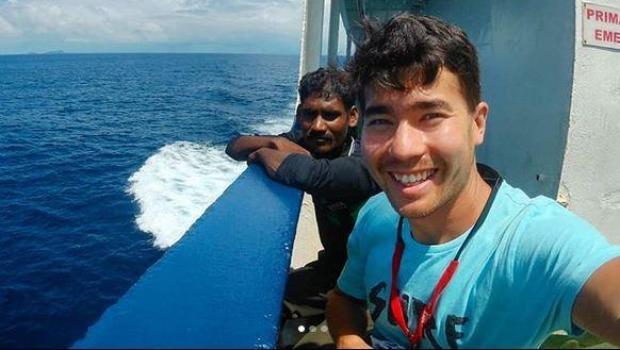 NEW DELHI — The first time American John Allen Chau visited the isolated island in the seas between India and Southeast Asia, he came bearing gifts that included a football and fish. He interacted with some of the tribesmen — who survive by hunting, fishing and collecting wild plants and are known for attacking anyone who comes near with bows and arrows and spears — until they became angry and shot an arrow at him.

It struck a book Chau was carrying, which an acquaintance said was a Bible. The 26-year-old adventurer and Christian missionary then swam back to a boat of fishermen that was waiting at a safe distance.

That night, he wrote about his adventures and left his notes with the fishermen. He returned to North Sentinel Island the next day, on Nov. 16.

What happened then isn't known, but on the morning of the following day, the fishermen watched from the boat as tribesmen dragged Chau's body along the beach and buried his remains.

Dependera Pathak, director-general of police on India's Andaman and Nicobar Islands, said Wednesday that the seven fishermen have been arrested for helping the American reach North Sentinel Island. Visits to the island are heavily restricted by the government, and officials were working with anthropologists to recover the body.

In an Instagram post, his family said it was mourning him as a "beloved son, brother, uncle and best friend to us." The family also said it forgave his killers and called for the release of those who assisted him in his quest to reach the island.

"He ventured out on his own free will and his local contacts need not be persecuted for his own actions," the family said.

Authorities say Chau arrived in the area on Oct. 16 and stayed in a hotel while he prepared to travel to the island. It was not his first time in the region: he had visited the Andaman and Nicobar Islands in 2015 and 2016. North Sentinel is part of the Andaman Islands and sits at the intersection of the Bay of Bengal and Andaman Sea.

With help from a friend, Chau hired the seven fishermen for $325 to take him there on a boat, which also towed the kayak Chau used to reach the island the first time, Pathak said.

After the fishermen realized Chau had been killed, they left for Port Blair, the capital of the Andaman and Nicobar Islands, where they broke the news to Chau's friend, who in turn notified his family, Pathak said.

Police surveyed the island by air on Tuesday, and a team of police and forest department officials used a coast guard boat to travel there Wednesday and another trip was planned Thursday. Police officer Vijay Singh said Thursday morning that police were exploring their options since they cannot go directly to the restricted area and confront the tribespeople.

Chau had wanted ever since high school to go to North Sentinel to share Jesus with the indigenous people, said Mat Staver, founder and chairman of Covenant Journey, a program that takes college students on a tour of Israel to affirm their Christian faith. Chau went through that program in 2015.

"He didn't go there for just adventure. I have no question it was to bring the gospel of Jesus to them," Staver said.

Chau was carrying a Bible that was hit by an arrow when he was first shot at by the tribesmen on Nov. 15, according to notes Chau left with the fishermen that Staver said he has seen.

Staver said Chau's last notes to his family on Nov. 16 told them that they might think he was crazy but that he felt it was worth it and asked that they not be angry if he was killed.

One of Chau's friends said the American spent a month at his home in Cape Town, South Africa, before going to India. Casey Prince, 39, declined to discuss what Chau told him about his upcoming travel plans, saying he would rather talk about the kind of man his friend was.

"If he was taking a risk, he was very aware of it," Prince said, recalling the time Chau told him about being bitten by a rattlesnake.

The two first met about six years ago, when Chau was a manager on the soccer team at Oral Roberts University in Oklahoma. Chau and others on the team traveled to South Africa to volunteer at a soccer development and social leadership program Prince founded, Ubuntu Football Academy.

Prince described him as easy to like and driven by twin passions: a love of the outdoors and fervent Christianity.

"He was a beloved son, brother, uncle, and best friend to us," the Chau family wrote in its Instagram post. "To others he was a Christian missionary, a wilderness EMT, an international soccer coach, and a mountaineer. He loved God, life, helping those in need, and he had nothing but love for the Sentinelese people."

Survival International, an organization that works for the rights of tribal people, said the killing of the American should prompt Indian authorities to properly protect the lands of the Sentinelese.

Shiv Viswanathan, a social scientist and a professor at Jindal Global Law School, said North Sentinel Island was a protected area and not open to tourists. "The exact population of the tribe is not known, but it is declining."

Tribespeople killed two Indian fishermen in 2006 when their boat broke loose and drifted onto shore. 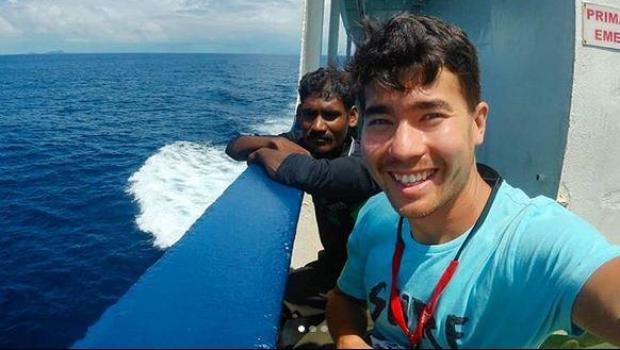 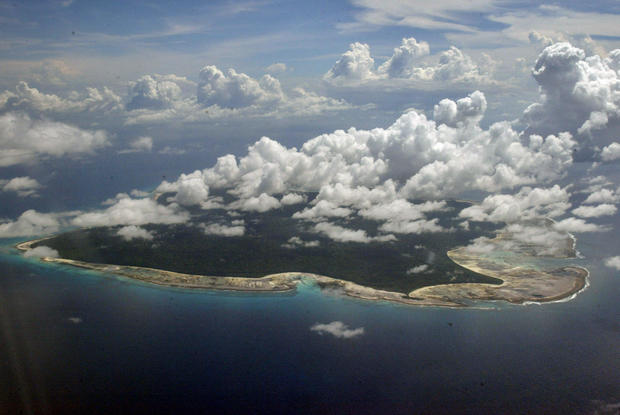