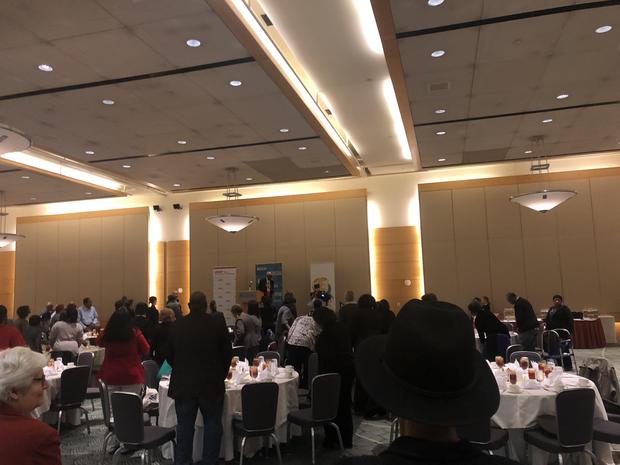 By Nikole Killion CBS News November 22, 2018, 9:08 AM Seniors share Thanksgiving meal with Marines who saved them from fire

Two months after running into a burning building to save elderly residents at the Arthur Capper Senior Public Housing complex in Washington, D.C., U.S. Marine Corps Captain Trey Gregory is coming to their aid again – with a Thanksgiving meal.

"These people have been through a traumatic event," said Capt. Gregory. "It is so sad right before the holidays but I'm just honored that we get to serve them again and give them food and put a smile on their face."

There were plenty of smiles and hugs to go around as Gregory and several other Marines from the Washington Barracks dished out turkey, macaroni and cheese, sweet potatoes, green beans and other traditional fare for dozens of residents and their families.

"It is an honor and a blessing to see them serving us this way, you know, because we know they care," said D'Artois Davis who has been stuck at a hotel since the fire. "It's the holiday and you're used to your family coming around but there's no place for them to come and we've lost so much."

The D.C. office of AARP, which is assisting the Capper seniors, estimates about half of the 190 residents remain in temporary housing while the other half have been placed in new homes.

"Some were under the impression they might be returning within weeks, if not months, only to find out that the building has been deemed irretrievable," said AARP State Director Louis Davis, Jr.

Davis reached out to the Marines to participate in the meal and said they "jumped at the opportunity."

"During this time of Thanksgiving, a lot of Marines aren't able to go back home for whatever reason and so I think events like this really foster more of a family and community atmosphere," said Captain Joseph Kramer, who plated salad for guests.

"We didn't do it for the honor or the fame," said Capt. Gregory. "Honestly it was just to help people out."

People like Betty House who snapped a photo with Gregory during the gathering – one of the highlights of her day.

"I just thank everybody that came together to support us and try to lift our spirits at this time," she said calling the fire "a life changing experience." "It's sort of frightening to start over again but I feel encouraged to go forward."

D.C.-based World Central Kitchen donated food for the meal and is also hosting a Thanksgiving feast for 15,000 people affected by the Camp Fire in Northern California. 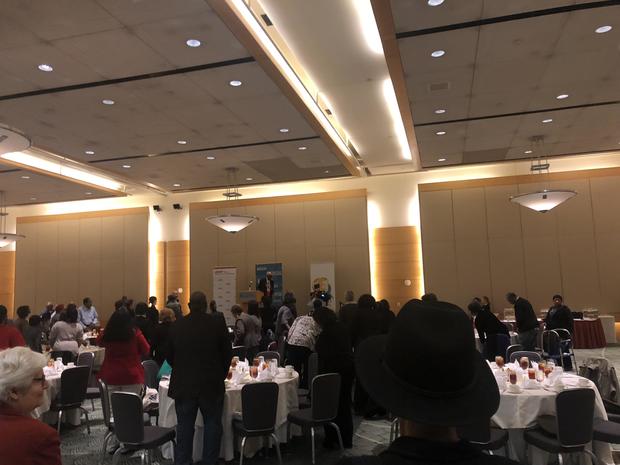 Trump says “China will own” U.S. if Biden is elected

Only these states will get a colder than normal winter, NOAA...

Shutdown halts controlled burns after Trump called for more of them