Erich Bergen returned to "The Thanksgiving Day Parade" on CBS for the third time on Thursday. Hosts Kevin Frazier and Keltie Knight joked that his appearance has become a Thanksgiving tradition.

The "Madam Secretary" star laughed and said, "It is and it gets colder every year." The actor said that he's enjoying working on the fifth season of the show, though his character Blake's future seems uncertain.

"We are just having the best time," he said. "This Sunday, we finally find out what happens to Blake, because he was told he's being fired."

It's been an eventful week for Bergen, who tried something new this Thanksgiving. The actor admitted he's not exactly a seasoned cook.

"I baked a pie for the first time ever," he said. "I don't know how it tastes, but I actually used my oven. Thank you, America."

Bergen said that his music has been keeping him busy. He just released the songs "Running Through the Night" and "Better in the Dark." The "Jersey Boys" alum also said he has performances coming up with the Pasadena Symphony & Pops as well as the Cleveland Pops. 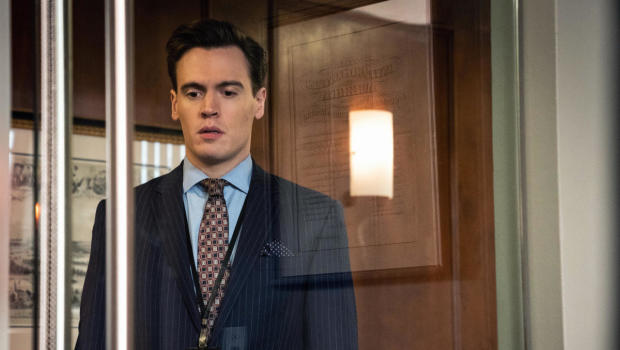 A look at NBA arenas transformed into voting centers for the...