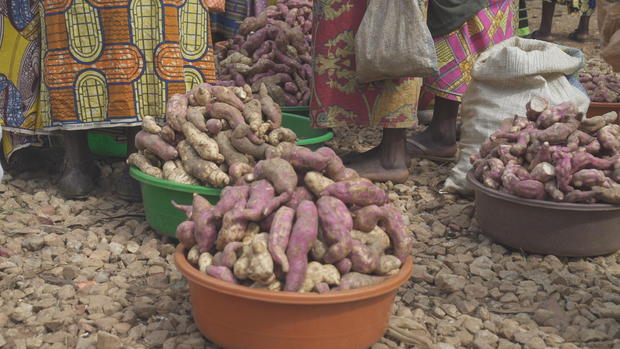 As Dr. Kirimi Sindi drove past the lush, green, rolling hills of Rwanda, he called the region "the country of a thousand hills." He was traveling with a group of aid workers from the non-profit International Potato Center, also known as CIP from its Spanish acronym, to meet with farmers in rural areas.

"There were cases of malnutrition in my community," said Drocella Yankulije, a farmer from the southern district of Muhanga. "But after growing sweet potatoes, these cases have been reduced."

Nearly half the children in Rwanda's rural areas suffer from impaired growth and vision loss, both due to vitamin A deficiencies. As a result, CIP has made it a priority to introduce orange sweet potatoes, chock-full of vitamin A, to Rwanda.

"There is no better sight than going in the field and seeing a child or mother or household eating orange-fleshed sweet potatoes," said Dr. Sindi.

Dr. Sindi taught agricultural economics at Michigan State University before moving to Rwanda in 2009 to manage CIP's office in the capital city of Kigali. He oversaw years of natural crossbreeding to create an orange sweet potato that can survive the country's unpredictable climate and harvest every three to four months, as opposed to once a year like most native crops.

"I think I can be a part of changing the world," said Dr. Sindi. "There shouldn't be a reason why some people are hungry or have no food."

One small root provides 100 percent of recommended daily intake of vitamin A for kids.

Two of Uwubumwe Jean's six children, living in a rural village in Musanze, started to lose their vision when she was able to start feeding them sweet potatoes.

"The color of my child's eyes changed," said Jean. "After she started editing orange-fleshed sweet potatoes, the eyes turned back to normal."

"I was so poor," said Yankulije. "I had to beg for clothing."

For years, Yankulije lived in poverty. Now, she grows orange sweet potatoes so successfully that she can hire other women to work in her fields.

"I feel so happy that I've become a woman of importance in my community," said Yankulije.

"We need to make sure the Rwandan people are in a situation where they can produce and contribute to the economic growth of a country," said Malick Haidara, former director of USAID's economic growth office in Rwanda. "That starts with making sure that they have enough food to eat. It's one of the most important issues that needs to be addressed first."

Since orange sweet potatoes are the most commonly consumed in the U.S., Dr. Sindi said a story about fighting hunger in Rwanda should carry a special meaning here today.

"I would want the Americans at home to understand that the yam or the orange fleshed sweet potato they eat there over Thanksgiving mainly and they take it for granted," said Dr. Sindi. "There are so many households, particularly in the third world that wish they could take that nutrition when they need it." 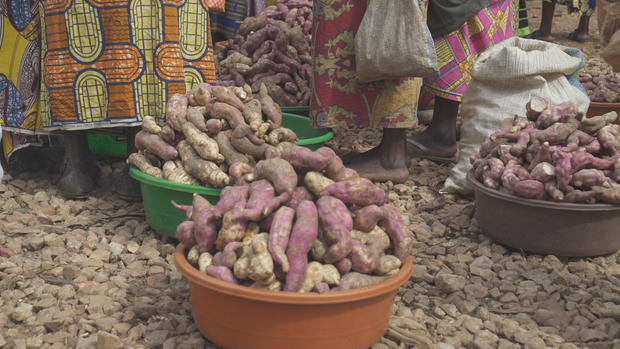 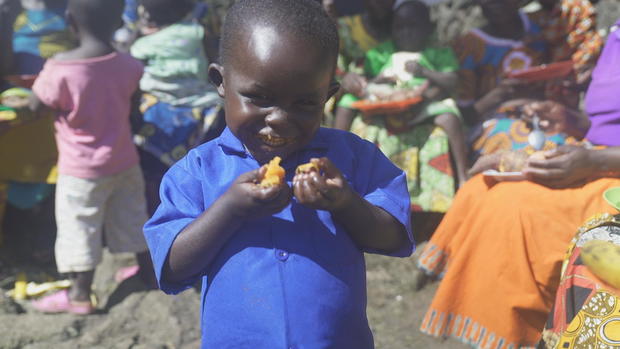 Listening to America: Americans weigh in on COVID-19 and the economy