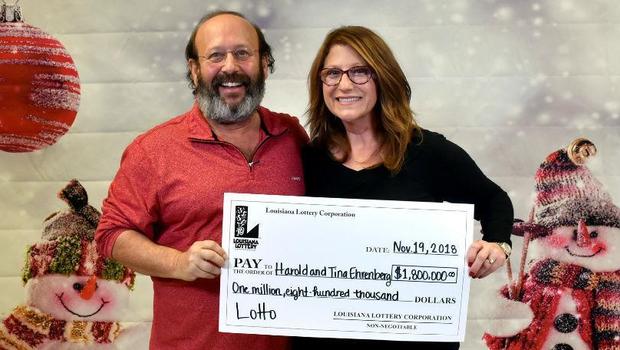 A Louisiana couple has claimed a $1.8 million jackpot-winning ticket for the June 6th Louisiana Lottery Lotto drawing. CBS affiliate KLFY-TV reports the couple found the ticket while cleaning the house – and the ticket was just days from expiring.

The station reports that Harold and Tina Ehenrenberg of Mandeville say they found a pair of tickets they hadn't checked on a nightstand while they were cleaning for the Thanksgiving holiday.

"We have family coming into town for Thanksgiving, so I was cleaning up the house and found a few Lottery tickets on my nightstand that we hadn't checked," Tina Ehrenberg told KNOE.

The couple had just two weeks left to claim their prize – a jackpot that had to be claimed within 180 days of the drawing. "We kept checking the numbers again and again," Harold said. "Plus, I called the winning numbers hotline over and over."

The couple received roughly $1.27 million after state and federal tax withholdings. They plan to put the money away for retirement. 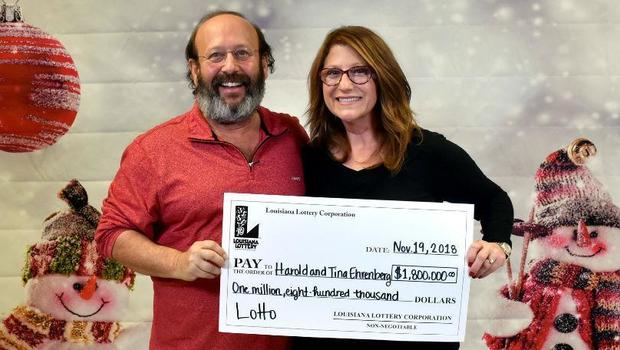