By Laura Woods GOBankingRates November 21, 2018, 1:24 PM How much does a float in Macy's Thanksgiving Day Parade cost?

A holiday tradition, the 92nd annual Macy's Thanksgiving Day Parade will be held the morning of Thanksgiving, Nov. 22. Known for its larger-than-life parade float ideas, the world-famous procession kicks off at 9 a.m. sharp in New York City.

Creating a truly fantastic parade float is never cheap or easy, but you won't believe the preparations that go into this annual event. Find out how much each float costs and other expenses associated with this spectacular Thanksgiving Day tradition

Total costs for the Macy's parade average between $11.6 million and $13.4 million

Annual costs for parade float supplies, float decorations, property taxes and staff salaries total $2.7 million to $4.5 million. The sheer magnitude of the Macy's parade is overwhelming, and so are the assets associated with the event.

Macy's also has its own studio space and a massive supply of costumes to prepare for the parade. Those assets are worth $8.9 million. Combine the parade's total annual expenses with its total assets and the price tag reaches $10.4 million to $12.3 million.

Inflating balloons that can soar up to five or six stories tall is seriously expensive. Each balloon in the Macy's Thanksgiving parade uses 300,000 to 700,000 cubic feet of helium. Filling every ballon costs a minimum of $510,000.

Each helium-filled giant requires 50 to 90 volunteer handlers, but sometimes that still isn't enough. In 1997, winds up to 43 mph damaged several balloons, including Barney, the Pink Panther, the Quik Bunny and the Cat in the Hat, forcing them to exit the parade route early.

Companies sponsoring brand new balloons pay a seriously pricey construction and parade fee, totaling $190,000 at last count. The cost is high, but advertising at the Thanksgiving parade is a huge marketing opportunity — there's certainly not a shortage of businesses willing to shell out the cash.

Some of the new balloons set to debut at the 2017 parade include the Fantasy Chocolate Factory float, sponsored by Kinder and featuring a Ferris wheel-powered chocolate factory that would give Willy Wonka a run for his money. Other new floats include Teenage Mutant Ninja Turtles, Santa's Saint Bernards and a newly designed annual favorite of the longest-running float, Tom Turkey.

Backing a balloon in the Macy's parade is a huge investment, so many sponsors opt to participate for several years. Since a new balloon doesn't need to be constructed, the fee to join in this Thanksgiving Day extravaganza drops to $90,000.

Several balloons will be returning for the 2018 parade, including the Pillsbury Doughboy, SpongeBob SquarePants and Sinclair's Dino. One major question mark is the absence of Snoopy — with 39 Macy's Thanksgiving parade appearances, Snoopy has shown up more than any other character. He was replaced by a Charlie Brown balloon in 2016 and 2017.

This year might be the coldest Thanksgiving on record in New York City. The National Weather Service forecast is calling for temperatures in the 20s with high winds gusting up to 35 mph. If that forecast stays true, it may dampen the celebration, as the parade balloons are not allowed to fly if the wind gusts are more than 35 mph. The Thanksgiving Day parade balloons were last grounded in 1971.

These Turkey Day spectacles are certainly not your average parade float — those on display at the Macy's parade can take four to nine months to get from concept to completion. In 2017, a total of 26 extravagant floats were be in the parade, with average construction costs ranging from $30,000 to $100,000 for each float.

Parade float supply costs add up fast, especially considering one float can contain 100 to 200 pounds of glitter. One of last year's floats included the three-story Heartwarming Holiday Countdown by the Hallmark Channel featuring a 3-D calendar.

Costumes have a total price tag of $2 million

The perfect parade float doesn't just boast beautiful construction. Approximately 700 elaborate costumes are designed each year to bring parade float ideas to life. Costumes currently in storage are valued at $2 million. Balloon handlers wear jumpsuits, but those riding on floats are provided with custom-made garments, according to Business Insider.

On Thanksgiving Day, 200 costume fitters are on-site to help participants into their outfits. When the parade is over, costumes are packed into 10 trucks and sent back to the warehouse.

Broadway shows vie for the chance to step into the national spotlight and perform in the Macy's parade. The exposure has boosted advance ticket sales by roughly $300,000 in the past. The casts of Broadway's "Come From Away," "Waitress" and "Cats" entertained the crowd from the 34th Street stage in recent years.

The Thanksgiving parade wouldn't be complete without its fancy floats, but these roving works of art add $780,000 to $2.6 million to the parade's bottom line. Beyond float decorations and supplies, considerable manpower is required.

Each parade float must be collapsed to a width of no more than 8.5 feet to get it through the Lincoln Tunnel, which is part of its journey from the studio in New Jersey to New York City. The floats are reconstructed from midnight to 8 a.m the morning of the parade.

Even the Thanksgiving parade can't get away from Uncle Sam. Previously located in Hoboken, N.J., the Macy's Parade Studio completed work on its new Moonachie, N.J., home in 2011.

The 72,000-square-foot, $6.9 million building is nearly double the size of its previous 40,000-square-foot facility. A tremendous amount of space is needed to house each parade float, balloon, costume, accessory and still have room for employees. Large facilities come with considerable expenses, which can explain the sky-high property tax bill of $138,573 — the highest in the entire nation.

Despite taking place just once a year on Thanksgiving Day, the Macy's parade is an enormous undertaking that requires a full-time staff of 26 employees. Temporary staffers are hired during the busy fall months, bringing the total employee count to roughly 40. When combined, their salaries total approximately $1.3 million.

The Macy's parade team includes painters, sculptors, carpenters, construction workers, metal workers and more. Employees start working long hours — including weekends — in September to make sure all preparations are in place for the big day.

For marching bands, it's an honor to be selected to perform in the Macy's Thanksgiving Day Parade. The application process requires careful planning, as materials must be submitted nearly two years before the desired performance date.

Only 12 supremely talented marching bands are selected each year. Some of last year's winners included the NYPD Police Band, the Ohio University Marching 110 and the United States Air Force Band. Groups pay their own way to the parade.

A major Thanksgiving tradition, approximately 50 million viewers tune into the parade from home each year. Another 3.5 million revelers head to the streets of New York City to watch the parade in person.

Putting these numbers into perspective, Game 2 of the 2017 World Series attracted 15.5 million viewers. If you're planning to visit Manhattan but don't want to stand in the crowd, several hotels on the route have rooms overlooking the parade. Do note: Travel site Oyster warns hotels might charge up to three times the price of standard rates.

The Macy's parade is the joint effort of 10,000 people

Putting on an event as large as the Macy's parade requires a tremendous amount of assistance. A total of 10,000 people work together to make it a success, including more than 4,000 Macy's employees from across the Northeast who volunteer their time to the parade. Staffers serve in a wide variety of roles, including balloon handler and balloon pilot.

From the artists who create the enormous helium balloons to the people who work all night to assemble the floats after they arrive in Manhattan, this is a major team effort. Considering roughly 10,000 people march in the Macy's parade, it might seem like it's relatively easy to join in, but it's not. Since this Thanksgiving tradition launched in 1924, participation has been limited to Macy's employees, their families and those with relationships to sponsors or others affiliated with the event.

Performing talent is the only exception to the rule. There are no reserved tickets available to purchase for the grandstand seating area, so arrive early if you want to stake out a good spot. 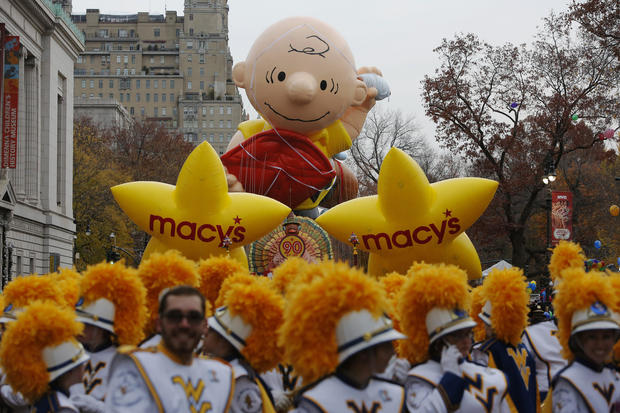 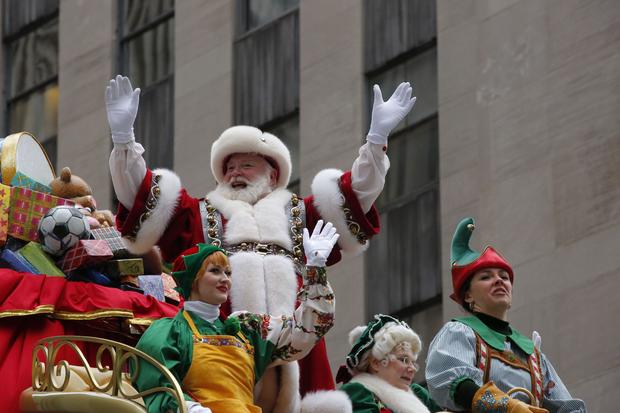 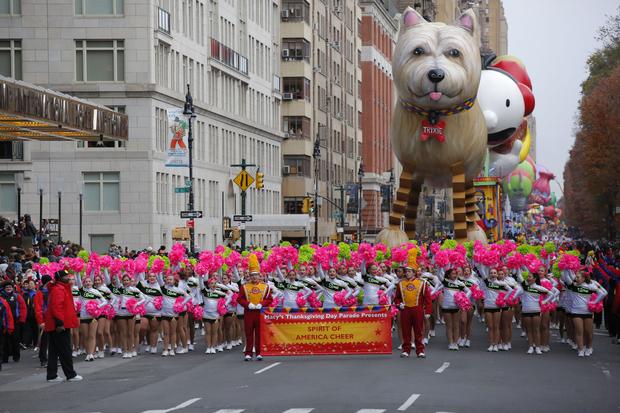 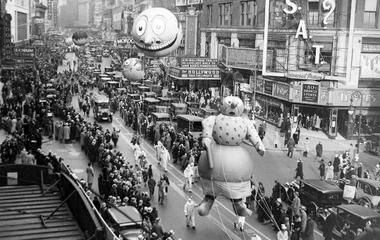