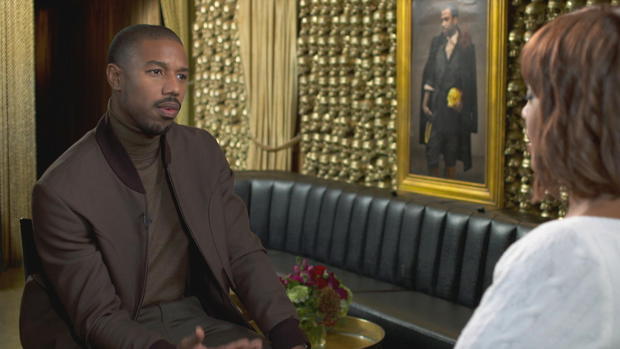 Michael B. Jordan has become a critically acclaimed leading man, with star-making performances in movies like "Fruitvale Station," "Creed" and as the villain in "Black Panther" – the highest-grossing superhero film ever in the U.S.

In his new movie, "Creed II," the 31-year-old actor reprises the role of boxer, Adonis Creed, in the spin-off of the classic Rocky franchise. Jordan sat down with "CBS This Morning" co-host Gayle King to discuss his career and how he's blurred the line between reality and fantasy for his latest role.

"My dad used to, you know, take me to boxing matches and I used to watch 'em, you know, all the time at home. I never imagined, I could never dream at the time that I would be playing a boxer," Jordan said. "I like living like a fighter, training like a fighter. You know, I tell everybody on set – and they know this by now but, 'Don't treat me like an actor. Treat me like a fighter.' I've broken my hand a few times doing this movie. Hands swollen. Like, I wanna feel it. I want to go home and ache."

Jordan shares the screen in both "Creed" and "Creed II" with Sylvester Stallone, who starred in the original franchise as Rocky Balboa and has now turned to training younger fighters like Adonis.

"Sly is a special guy….He has so many stories to tell and he's like your uncle. When he gets on set he's telling you about stories of back when he did it or, you know, what's changed….he's always giving little gems of wisdom whenever he can. So I'm like a sponge. I just soak it all up," Jordan said of his relationship with Stallone.

Jordan, who is also a producer on "Creed II," got his start in the critically acclaimed HBO series, "The Wire." He played 16-year-old drug dealer Wallace, who is killed in the midst of a heated drug war.

"I just remember crying on set 'cause I was like, 'You know, I can't go back and work with you guys. I got to go back to school.' You know, and I was like, 'I'll never work again.' And everybody was like, 'Look Mike, you're gonna be fine. You're gonna be great.' All the older actors man took me under their wing and said if you really want this to be a career, you can do that," Jordan said.

That career reached new heights with this year's "Black Panther," which crushed the box office and became a cultural phenomenon. Jordan said he wasn't surprised at all by the film's success.

"I think I knew it would make an impact because of the cast. The story," Jordan said. "Everybody from all walks of life is really connected with this project and they felt a sense of pride, sense of identity, sense of being, of owning where you come from and I think that was really, really important."

"Black Panther" marked Jordan's third time working with director Ryan Coogler. Jordan has starred in all three of his films.

"He is a genius. You know, and I don't say that loosely…. looking at this brother direct, I'm like, 'Wow. Can I do that?' You know, I never knew that I could do that. Somebody my age that looks like me from a similar place, a similar family backgrounds. I never knew that that was an option for me like that in that way….with Ryan, you know, our relationship we just became brothers. We call and vent, you know, when we're going through some of the things when we're stressing out."

Despite his bona fide success, Jordan still doubts himself sometimes.

To hear how success has changed his dating life, watch the video in the player above 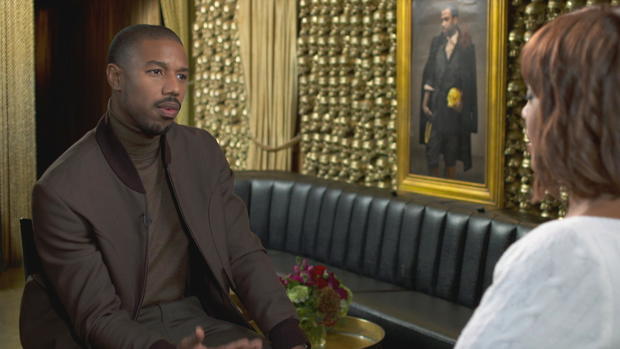