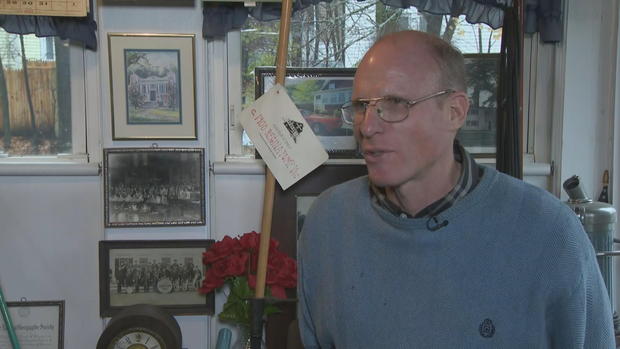 Scott Macaulay hates eating alone. So when the vacuum-cleaner repairman was faced with spending Thanksgiving by himself one year, he came up with a plan.

"I put an ad in the local newspaper called the Melrose Free Press, and decided I would cook Thanksgiving dinner for up to 12 people and that's what I did," he said. "And I've been doing it ever since."

That was 33 years ago. He's hosting about 50 people this year.

"This is not about food. This is about people having a place to go," Macaulay said. "I had a gentleman, him and his wife never had children and she died, so he came to the dinner, and what he would do after the dinner was over was put on her old apron to remember his wife and help me do the dishes."

Macaulay doesn't have a computer or a cellphone, so he asks people to call him at his office to make a reservation.

"The first reservation this year came from a lady who doesn't have a phone, so she came here in August to make sure she was on the list," he said.

Macaulay hosts the meal at Green Street Baptist Church in Melrose, Massachusetts, just north of Boston. Besides the spread, he brings homey touches like art, rugs, even fireplaces. But perhaps the most important thing he brings is what he gives away.

"I think each of us are called to brighten a corner where we are and if everybody took care of their neighbor in their own neighborhood we'd have a much better world," he said. "Someday, maybe nobody will call me up and say they're coming for Thanksgiving dinner, and I'll be really happy that everybody's got a place to go." 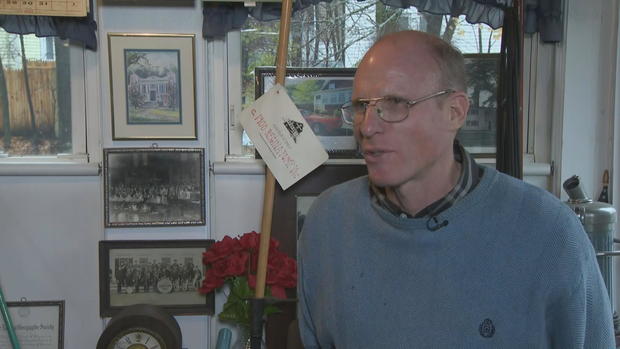 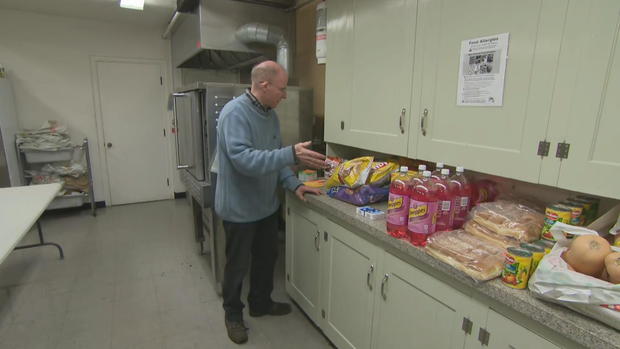