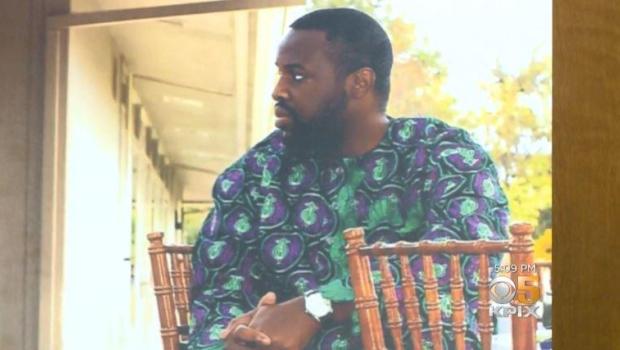 A Facebook executive whose brother died after being Tasered by deputies in California last month says she has seen footage of the incident that contradicts the police narrative of the fatal encounter.

Chinedu Valentine Okobi, 36, was unarmed when he died Oct. 3 after being repeatedly Tasered by San Mateo County Sheriff's deputies in Millbrae. Officials said he suffered cardiac arrest. Ebele Okobi, Chinedu's sister and Facebook's director of public policy for Africa, said in a post on the social media platform that she and her mother watched her brother being "tortured to death" in the videos, which have not been publicly released, as he yelled "Somebody please help me!" and "What did I do?"

"There is no mercy or compassion for my little brother," Ebele Okobi, who lives in London, wrote. "If they had killed a dog the way they killed my brother, there would be outrage."

San Mateo County District Attorney Steve Wagstaffe confirmed to CBS News his office showed the family dashcam, cell and surveillance video of the police encounter on Friday. Wagstaffe said his office is still investigating whether the officers committed a crime by using excessive force and said a charging decision was still pending. He said he expects to release the videos within the next several weeks and wouldn't comment on the video's content.

In the Facebook post, Ebele Okobi says the videos contradict a statement from the San Mateo County Sheriff's Office saying a deputy first approached her brother because he was "running in and out of traffic" and that her brother "immediately assaulted an officer." Rather, she says, the videos show her brother — a father and graduate of Morehouse College — walking along a sidewalk carrying bags when a deputy pulls up alongside him in his patrol vehicle and says he needs to question him.

She said her brother gives an inaudible answer in the video, then walks to the intersection, checks for traffic and crosses the street. She said the deputy then calls in a "Code 3," meaning to send back-up for an emergency. The deputy speeds up to cut off her brother as another police car speeds up in front of him. One deputy comes out of her car and rushes into Chinedu Okobi, as he twists to the side and moves his hands up.

"He is not fighting, just crying in pain. I will never forget the visual of his hands, waving above his head, open, begging," Ebele Okobi wrote in the Facebook post.

She says her brother dies on the sidewalk, and says no one attempts CPR or other life-saving procedures.

She disputes the police version of events: "My brother never attacked any of the deputies. He did not assault anyone. My baby brother, as big as he was, didn't even defend himself."

Wagstaffe, who is investigating the death, told CBS News last month that deputies initially approached Okobi because they were worried about his safety. He said Okobi resisted officers, and when they couldn't gain control of him using their hands, two deputies deployed their Tasers. Okobi was Tasered between three and four times, Wagstaffe said.

In the Facebook post, Ebele Okobi called on Wagstaffe and the San Mateo County Sheriff's Office to "correct the record" in regards to an earlier statement that her brother had assaulted deputies and was running in and out of traffic. She said that statement led her to believe her brother, who suffered from mental illness, could have been suffering from a mental-health crisis. Now, she said she believes the sheriff's initial account to be a lie.

"I knew that my brother didn't 'attack' or 'assault' deputies, but because of his mental illness, I believed it was possible that he might have been in crisis and acting erratically," Ebele Okobi said in the Facebook post. "None of that would have justified him being killed, but there isn't even a reason, at all, that my brother was stopped. My brother's medical history has nothing at all to do with why he was stopped and killed."

Wagstaffe said his office never said Chinedu Okobi assaulted officers, and said that information was released through the San Mateo County Sheriff's Office. The sheriff's office did not return a call and an email from CBS News requesting comment. The office identified the four deputies and one sergeant involved to the San Francisco Chronicle as John DeMartini, Alyssa Lorenzatti, Joshua Wang, Bryan Watt and David Weidner. A spokeswoman told the paper all had been placed on administrative leave but have since returned to the job.

"If people saw what my family saw, they would see what a miscarriage of justice it was," Okobi told the San Francisco Chronicle. "They would see why we're so appalled that police officers could do this."

Wagstaffe said he would likely release the videos by mid-December, ahead of the completion of the investigation. He said he's awaiting interviews with several witnesses and the completion of an autopsy report that will determine Chinedu Okobi's cause of death before he releases them.

He said he wanted to make sure the family viewed the videos before the public.

"I care about this family and what they're going through," Wagstaff said. No matter what his charging decision is, he said, "my heart goes out to them." 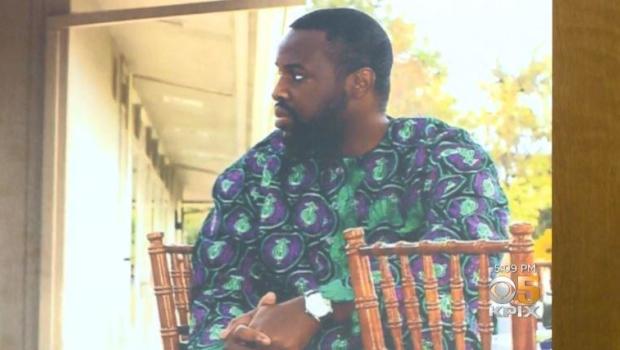