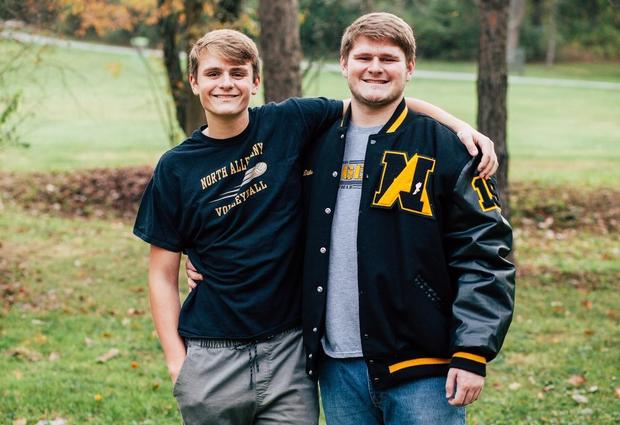 WEXFORD, Pa. — For many Americans, this is traditionally a big week for high school football. But this season, two players have died of injuries sustained on the field. With a growing concern about concussions, more players are deciding the sideline themselves.

High school senior Connor Ditka, No. 71, plays for the third-ranked high school football team in all of Pennsylvania. The sport hasn't been easy on his body.

"I've broken my left arm, broken both radius and ulna. I broke a bone, the scaphoid in my hand. I had two stress fractures in my back," he said.

Connor and his younger brother Timmy, 16, have been playing football since the 7th grade. It's in their DNA. Their dad played, and their great uncle is NFL Hall of Famer Mike Ditka.

"We love football in this family. In fact, we had to convert [their mother] Sam because she was not a football fan, but if you marry into this family you have to be," said Anthony Ditka, the teens' father.

But this past summer, Timmy took a different route. Like an increasing number of American boys, he quit football. Timmy's decision was prompted by a serious injury on the field when he was just 12 years old.

"I get a phone call from the trainer saying, 'Your son has sustained a concussion on the field,'" said Sam Ditka.

"I remember falling, hitting my head and being super dizzy," Timmy said. "It was a delay in my thought process. Sometimes my eyes wouldn't follow as fast where I was trying to look."

"He was out for about eight weeks. We sat down and talked about it and he seemed really emphatic about wanting to get back to it," Sam said.

With a doctor's clearance and the promise that he'd stop if he got another concussion, Timmy got back in the game. But this year, he stopped for good, focusing instead on a less punishing sport.

"I had gone to nationals with my volleyball team. As my dad and I were in the airport on our way back, I looked at him and I said, 'I think when we get home I'm going to quit football. I just don't want to take that risk,'" Timmy said.

These days Timmy isn't the only one choosing to watch from the sidelines. Nationally the number of boys playing high school football has dropped by roughly 72,000 since 2009, a 6.5-percent decrease, according to the National Federation of State High School Associations.

Art Walker has been the head football coach at North Allegheny for 14 years. He said the size of his team — roughly 80 players — is down 25 players compared to six years ago.

Going into the conference semifinal game, Connor's team was undefeated. He said he wishes he could have his brother playing with him.

"I would have liked to have gone at least one year playing with him. It was a decision that was completely his own," Connor said.

But when he sees how aggressive it can be, Timmy said he thinks to himself, "I'm happy that i'm not hurt."

Connor's team lost, ending their season, and he was injured in one of the final plays. The next morning, X-rays confirmed a broken hand, a reminder of the toll football can take.

"I did not ever think twice," Connor said. "I always wanted to just get back as soon as possible. I wouldn't miss it for anything." 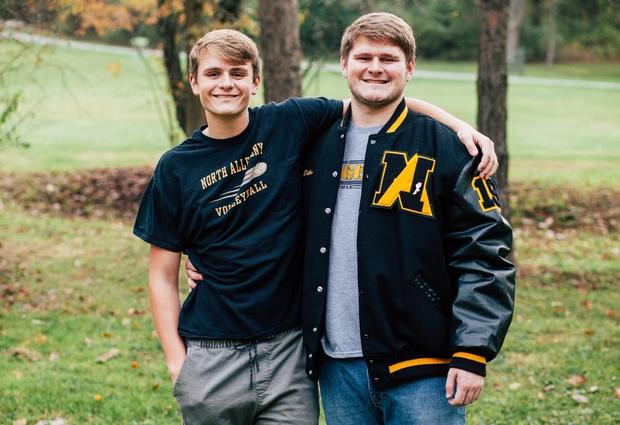 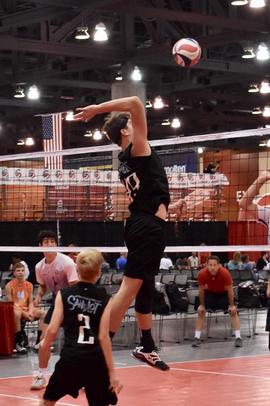