Fifty-three percent of Americans plan to do most of their holiday shopping by going to stores in person, but the percentage of those shopping online has doubled from 2012, from 18 percent six years ago to 35 percent today.

Most Americans (59 percent) plan to spend the same amount of money on holiday gifts that they usually do. Few plan to spend more. Thirty percent say they'll spend less money this year. 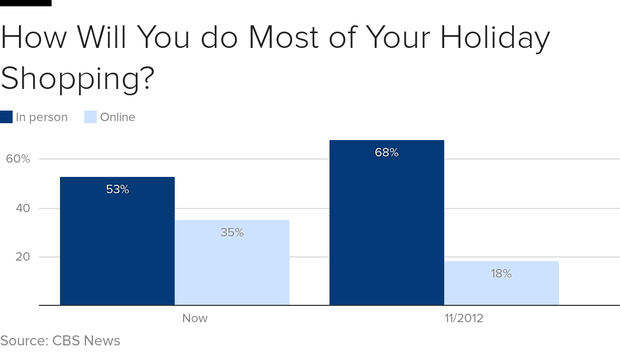 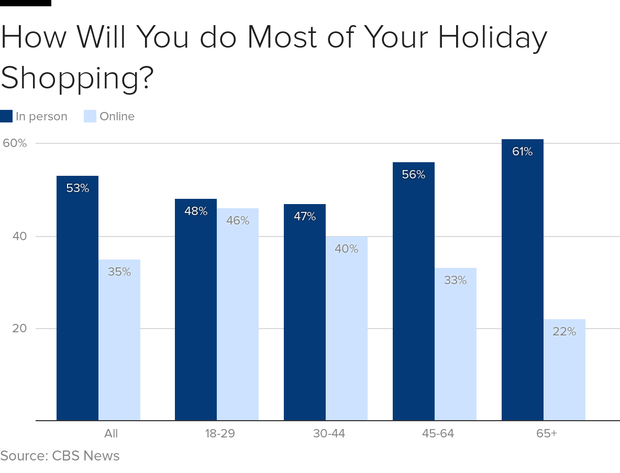 Trump rallies his base in Des Moines, Iowa