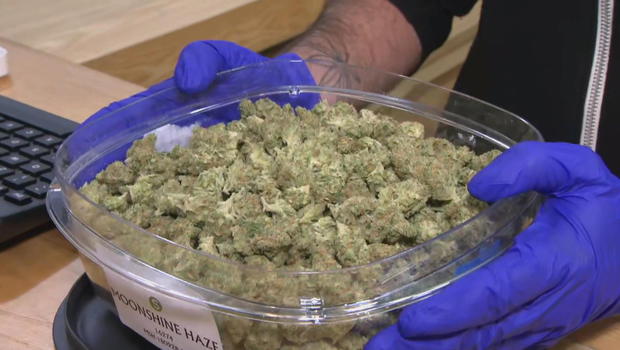 Massachusetts became the first state on the East Coast Tuesday to allow recreational marijuana sales, meaning tens of millions of adult consumers, including those in New York City, are now within a three-hour drive from a pot shop.

CBS News correspondent Tony Dokoupil reports from Northampton, Massachusetts, where one of two stores opening in the state is located and where David Narkewicz will welcome legal recreational marijuana as both the ceremonial first customer and the town's mayor.

"I think there's a lot going on here in trying to bring marijuana out of the shadows," Narkewicz said.

But when asked whether the purchase is simply ceremonial or it will be consumed, Narkewicz said, "I am actually going to probably preserve it and display it…because it is historically significant."

Massachusetts is the seventh state to open retail marijuana shops, but the first to open them east of the Mississippi. The milestone comes as the cannabis industry celebrates a series of new highs.

But the steady march of marijuana legalization has Dr. Sharon Levy concerned. She runs the adolescent substance use and addiction program at Boston Children's Hospital.

Amanda Rositano is the director of operational compliance for New England Treatment Access – or NETA – which, as of today, sells a range of cannabis products including pre-rolled joints, loose buds, oils and edibles to anyone over the age of 21.

Under Massachusetts law, retail shops can sell each customer no more than an ounce of flower or 20 servings of edibles – both in child-resistant packaging. For now, those restrictions and others are good enough for Mayor Narkewizc.

Massachusetts legalized recreational marijuana more than two years ago, but retail stores had to meet a number of rigorous conditions laid out by the state before opening. The initial small rollout is intentional. Lawmakers are hoping to avoid problems other states, like Colorado, have faced such as increases in crime. 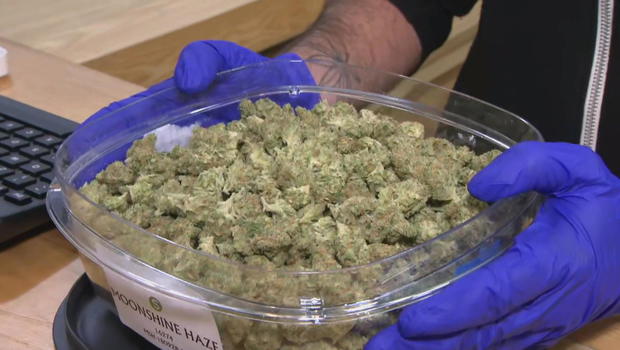 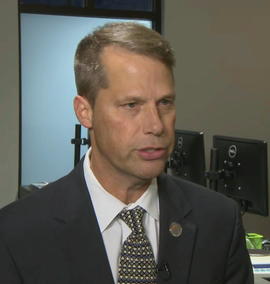