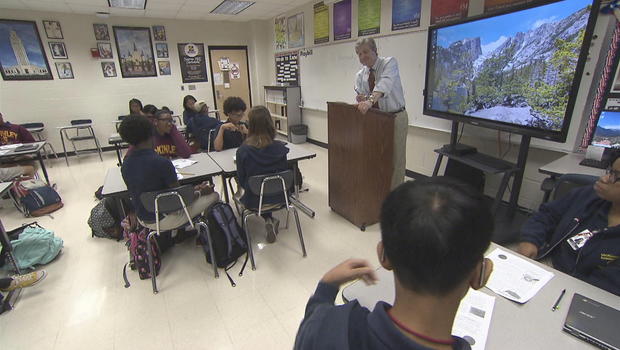 On a normal day at McKinley Magnet, a visual and performing arts middle school in East Baton Rouge, students hustle from theater to dance. But some days, an unlikely teacher comes to show students how the government works.

Republican Sen. John Kennedy of Louisiana is known for his sharp questions, his colorful quips and his willingness to work across party lines, but what many don't know is he's also made a name for himself in the classroom as Mr. Kennedy. The senator occasionally teaches at McKinley Magnet in his home state of Louisiana, which allows him to interact with a younger generation who, as "CBS This Morning" co-host John Dickerson found out, is often disillusioned by politics.

Outside the classroom, Kennedy told Dickerson that more than a decade of substitute teaching has taught him not every child is lucky enough to go to a school like McKinley.

As Dickerson witnessed at McKinley, students still had questions 90 minutes into Kennedy's class — not exactly the norm for a middle school classroom.

"As a country, we can't teach kids how to read and write when we got 18 years to do it. And that's — that's a disgrace," Kennedy said. "For the most part, I think teachers do a great job, but they take the kids as they find 'em, and it's — it's a hell of a lot harder to be a kid today, I can tell you."

Kennedy also surpassed the expectations of eighth graders Sophia Schafer, Dylan Harms, Malayasia Moses and Tra Alston. Sophia felt Kennedy did better than what she would have expected from a senator. Beyond the lesson plan, he made them feel a bit better about politics today.

"I do feel like it's a lot because many people have different opinions. And, to me, politics is opinions, just different point of views," Tra said. Added Dylan, "Just because somebody has one opinion doesn't mean that they can't be your friend and that they're not nice people. And that's what we learned today with this talk with Senator Kennedy. He's a really nice guy."

For Malayasia, politics is a passion. She doesn't feel like our political system is working as it should.

"Our president is using a lot of racist rhetoric…as if he's trying to scare a part of America and it does scare me sometimes…it's definitely not normal. But I think that we've accepted it as normal," Malayasia said. "That's probably why I want to be involved in it, because of how much it's affected me and how I feel, every day really. So that's why sometimes I feel like I want to make a difference in politics."

Dickerson questioned Kennedy about the fact that Malayasia was scared about her country because of President Trump, to which he said. "I don't think anybody in America ought to be scared."

"Clearly, the president, this is the way he's made. He grows anxious when he has an unexpressed thought. He likes to think out loud and I have suggested to him before that his tweeting a little bit less will not cause brain damage. But he's gonna do what he's gonna do," Kennedy said.

Kennedy acknowledged that the president of the United States should be held to a higher standard, but said, "I guess what I'm saying is, he thinks he's meeting it."

"And I understand the president makes people angry, but it's an academic discussion. It's a problem we're not gonna solve. It's an issue we're not gonna agree on. So let's go to work and try to do something for the American people."

In the classroom, Kennedy talked about a system constrained by its founders, but after nearly two years in the Senate, he admits reality is different.

"There's some jerks. There's some big egos. There are a few that think they're one of the Founding Fathers…in both parties," Kennedy said. "Some of my colleagues say, 'Well I can't vote on that. I can't take a vote on that….Why are you here? Grow some guts, you know. People can get mad at you, but they can't eat you and they can't kill you."

It's those kinds of turns of phrase that have made Kennedy a popular interview on Capitol Hill. But underneath the jokes, Kennedy has hope the next Congress can come together on issues like infrastructure and government spending.

"Everybody wants to go to heaven. Nobody's quite ready to make the trip and that's the way it is with the budget, but I can tell you how the American people look at this….They say, 'How did some of you people make it through the birth canal?'" Kennedy said.

At McKinley, Kennedy's students hope their senator takes a lesson on good citizenship back to Washington.

"I think we should all remember that we're all human beings. We all have feelings….Maybe we should stop shouting at each other and maybe, you know, talk to each other," Sophia Schaefer said.

For Malayasia Moses, being a citizen means wanting the best for your country.

"Help the people that don't have as many advantages as you have. And I think basically being a citizen means to be a brother or sister to your neighbor." 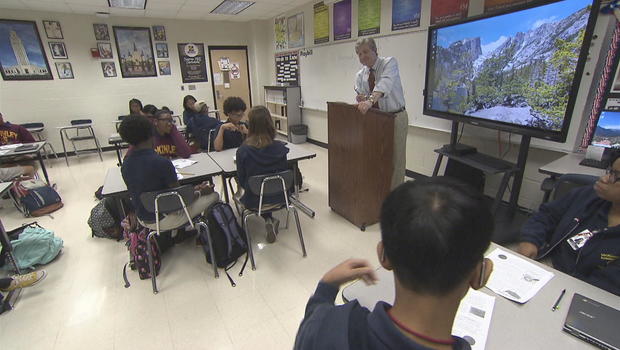 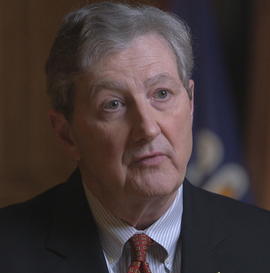 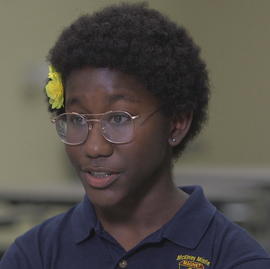 The Electoral Count Act and the next steps on voting rights