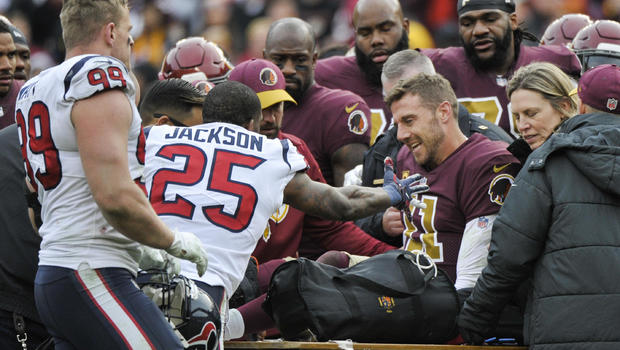 Washington Redskins quarterback Alex Smith suffered a gruesome, season-ending leg injury Sunday in the third-quarter of his team's 23-21 loss to the Houston Texans. Smith, 34, broke his right tibia and fibula on a sack by Texans safety Kareem Jackson, and will require surgery.

"I know it was very painful for him and heartbreaking for a lot of people," Redskins coach Jay Gruden said. "He's a great guy and hard worker and one of the key leaders on this football team."

Smith's leg turned the wrong way, similar to the way former Redskins quarterback Joe Theismann's did when he was sacked by Lawrence Taylor in 1985. The injury, which occurred 33 years ago to the day, ended Theismann's career.

"I saw a pile of people go down, and then I saw Alex's leg in the position it was in. And I turned away after that. It brought back vivid memories," Theismann told The Associated Press. "This date has always been a day in my life that I'll never forget."

Colt McCoy, the only other quarterback on the roster, replaced Smith and threw for a touchdown pass and led a long scoring drive for Washington (6-4), which likely will have to rely on the journeyman quarterback the rest of the season. When a McCoy-led drive finished with an Adrian Peterson touchdown to put the Redskins up 21-20 early in the fourth quarter, it was the first lead change in a game involving the Redskins all season.

"You pray for opportunities to get to play," McCoy said. "You don't like to see it how it happened today."

The Texans (7-3) went ahead for good on a 54-yard field goal by Ka'imi Fairbairn, who missed a 44-yarder earlier. The winning streak stayed alive when Redskins kicker Dustin Hopkins missed a 63-yard field-goal attempt with 3 seconds left.

"We're all gutted for Alex," Texans defensive end JJ Watt said. "I feel absolutely terrible for him. It sucks. It's the worst part of the game." 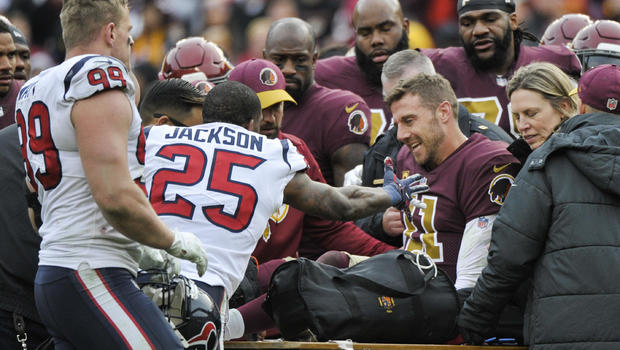 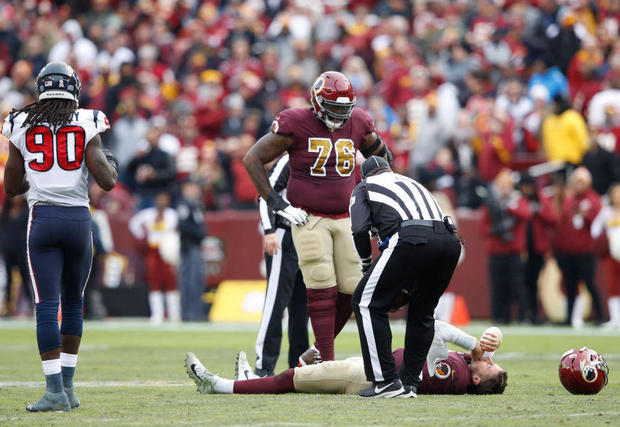 CBS employees call for transparency and accountability from CBS board