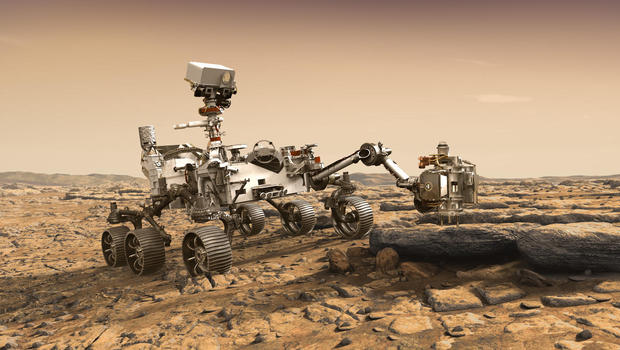 After years of analysis and debate, NASA announced Monday that the agency's next Mars rover will land near an ancient river delta where water once flowed into a 30-mile-wide, 1,600-foot-deep crater. Its mission will be to search for signs of ancient microbial life and to continue ongoing studies of the red planet's history and evolution.

Laying the groundwork for future robotic missions and eventual human flights, the Mars 2020 rover also will test technology designed to extract oxygen from the martian atmosphere and to cache rock and soil samples in the Jezero Crater landing site for possible return to Earth aboard a future spacecraft.

"Getting samples from this unique area will revolutionize how we think about Mars and its ability to harbor life," he added. "This decision today could determine what happens in the next decade or more of Mars exploration, both robotic and human. The technologies that we prove here feed forward into a program that gets ever more exciting."

The landing site announcement came one week before NASA's non-roving InSight lander, launched last May, touches down on Mars next Monday to study the planet's interior structure by placing an ultra-sensitive seismometer on the surface and hammering temperature sensors into the crust.

Modeled after NASA's hugely successful Curiosity rover, which landed in Gale Crater in August 2012, the Mars 2020 rover will weigh roughly the same, about one ton, feature the same nuclear power pack and use the same dramatic "sky crane" entry, descent and landing system in which a rocket-powered carrier lowers the rover to the surface on a tether.

The 2020 rover originally was projected to cost around $1.9 billion, some $600 million less than Curiosity. It now is expected to cost roughly the same.

But the new rover features different instruments and a major upgrade known as terrain relative navigation. As it descends toward the martian surface, the system will assess the surface below and actively guide the spacecraft to avoid hazardous cliffs, boulders or "sand traps" that could prove difficult to drive through.

"This selection is dependent upon additional and extensive analysis of … terrain relative navigation, or TRN," Zurbuchen said. "It is the first time we use this system integrated with the entry, descent and landing process. We're really excited about it. TRN will enable the sky crane descent stage, the rocket powered system that carries the rover down to the surface, to avoid hazardous areas."

An independent review board will assess the landing system and report to NASA in the fall of 2019, "not because we have any doubt about using TRN," Zurbuchen said, "but to be absolutely sure we're ready to go with this exciting technology."

Planetary scientists began debating possible landing sites for the Mars 2020 rover five years ago, whittling down a list of more than 60 candidate sites to just four. After a final round of discussions last month, Zurbuchen selected Jezero, a 30-mile-wide, 1,600-foot-deep crater at 18 degrees north latitude.

Based on imagery and other data collected by Mars orbiters, scientists believe the crater was filled with an 820-foot-deep lake between 3.5 billion and 3.9 billion years ago. The lake was fed by a river that flowed into and then out of the crater, leaving a distinct delta fanning out across the terrain.

"Lakes on Earth are both very habitable and inevitably inhabited, so that's the first attraction," said Ken Farley, Mars 2020 project scientist at NASA's Jet Propulsion Laboratory. "The second attraction is a delta is extremely good at preserving biosignatures, any evidence of life that might have existed in the lake water or at the interface between the sediment and the lake water."

The delta also could preserve evidence of microbial life that originated outside the crater and was carried in by the river that fed the lake.

"So the delta is a good place for evidence of life to be deposited and then preserved for the billions of years that have elapsed since this lake was present," Farley said.

But he cautioned the spacecraft will not look for signs of present life "because currently, the surface of Mars is too cold, it's too dry and it has too much radiation for life as we know it to survive."

"But it wasn't always that way," he said. "For reasons that are not yet known, prior to about three-and-a-half billion years ago, Mars' climate was very different, there was clearly flowing water on the surface of the planet. As we currently understand life, it requires liquid water. And so all things point to the idea we should be looking at ancient Mars for a surface habitable environment." 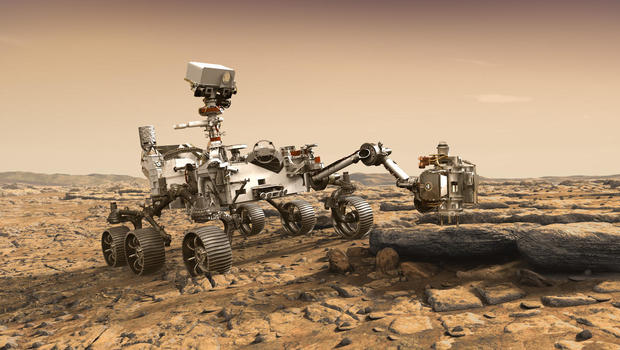 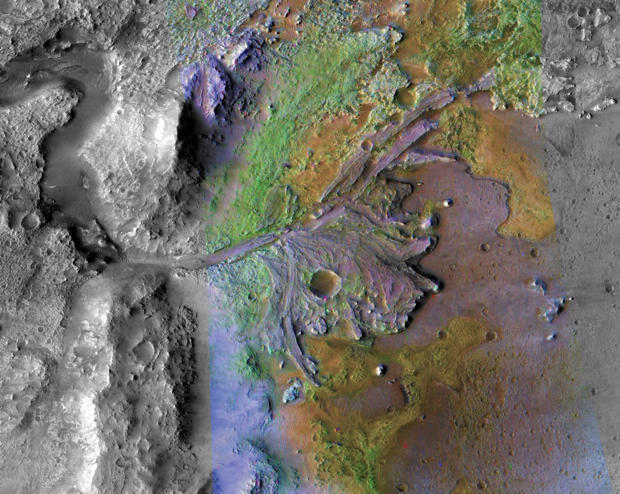 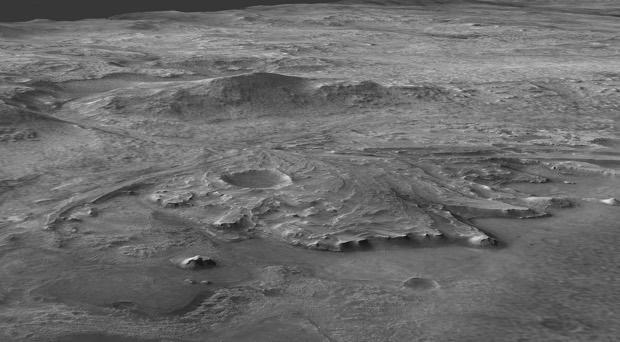 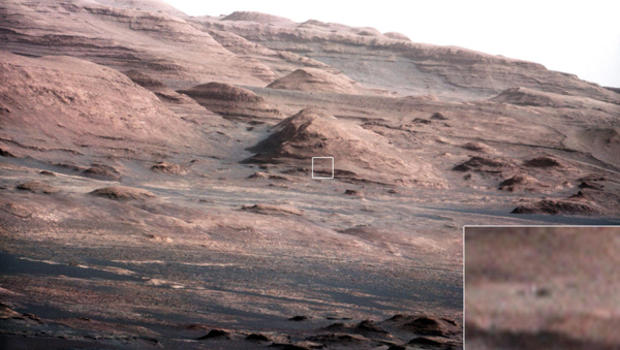