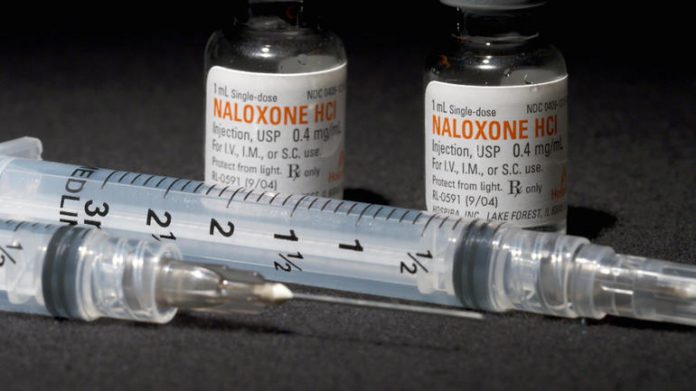 With over 115 Americans dying a day in the opioid epidemic, naloxone has become a necessity for first responders, doctors and everyday people

In 1971, almost half a century ago, emergency rooms started reversing opioid overdoses using a medicine called naloxone. It's generic today, and industry insiders told us it can cost as little as a nickel a dose to produce.

In April, in response to the national opioid crisis, the U.S. surgeon general came out with an advisory calling on more Americans to carry naloxone: elderly patients on painkillers, bartenders and librarians, mothers with addicted children and children with addicted mothers. But making naloxone accessible – getting it to those who need it – is complicated.

Dr. Jennifer Plumb: Understand, this stuff is really good at what it does. It has one job. Can't get high on it. Can't overdose on it. Can't relieve pain with it. You can just save a life with it. I mean, how amazing is that?

Lesley Stahl: Does it really bring people back from death?

Dr. Jennifer Plumb: No, I'm serious. It is legitimately the most almost surreal thing. Because not much in medicine, not much in life does that.

You can see it through police bodycams. This woman in the back of a Salt Lake City PD squad car isn't breathing. The officer sprays naloxone up her nose with a device called Narcan provided to first responders at nearly half price. Watch it take effect. Another case: a young man found on a sidewalk completely unresponsive. Officers administer naloxone, they only need to wait a few seconds.

Out with firefighters in Salt Lake City one cold night, we learned that most of the department's emergency calls are not fire-related, but medical. Utah – conservative Utah – is among the top ten states in the country for opioid overdose deaths averaging a funeral a day.

Firefighter: We're going to give a little naloxone to see if it has any effect.

They're trying to save a man found lifeless in a park. Cause, unknown.

Firefighter: So it very well could have been an overdose, but nobody saw him do it.

Lesley Stahl: So, how much time do you have?

Lesley Stahl: How can you get to someone across town in six minutes?

"It doesn't fix the opioid epidemic… This is merely giving someone a chance."

Mike Fox: We, on average, give Naloxone about two times a day on calls.

Mike Fox: A day, in Salt Lake City proper. It's one of our largest expenditures every year.

Lesley Stahl: Would you say it's a strain on your budget?

Mike Fox: As we see more and more overdoses, it does affect our budgets.

Lesley Stahl: Did you have to persuade any of the other firefighters that this wasn't, in a way, encouraging more– addictions?

Lesley Stahl: And we also hear that you save someone's life and the next day they're right back at it.

Mike Fox: They are. This is a disease, and it's a difficult disease to kick. So, if we have to save someone's life three or four times, five times, it doesn't matter to me.

In this case, they got to the man too late.

Firefighter: OK. Let's terminate our resuscitation efforts at this time.

Since speed is essential, nearly all states have now made it legal for anyone to carry and administer naloxone, like these two good samaritans injecting a stranger. By the time emergency responders show up, the woman has already come to. Dr. Plumb runs a program called Utah Naloxone to hand out these emergency kits to anyone. With two vials of naloxone and two syringes.

Lesley Stahl: You go into the worst parts of town?

Patrick Rezac: Hey, excuse me, do you want Naloxone?

Patrick Rezac, a former drug addict, is part of a network that has helped Dr. Plumb hand out more than 36,000 kits for free, some on the roughest streets of Salt Lake City, in an area called "Rio Grande."

Patrick Rezac: Our goal would be to have everybody have one of these. And so we just ask people if they have heard of Naloxone, if they need Naloxone.

Patrick Rezac: You take the top off, okay and then you put the needle in the liquid and you pull it back, alright? And put it straight in the thigh. Boom!

Patrick Rezac: Yup. Right there, right in the shoulder. Right through the clothes. Doesn't matter.

Sam on the street: You've got two doses. And you got two syringes. Just put 'em right in a big muscle. No "Pulp Fiction," not in the heart.

Lesley Stahl: What if you come upon someone and they're on the ground…

Lesley Stahl: And you think it's an overdose, but it's really a heart attack? And you give them this?

Dr. Jennifer Plumb: You won't help them, but you won't hurt them.

Lesley Stahl: How did you get interested in this? You're a pediatric doctor. You work in the ER.

Dr. Jennifer Plumb: Yeah. You know, unfortunately, my family went through dealing with addiction in our family. 1996, we lost my brother Andy to a heroin overdose.

Lesley Stahl: In his situation, if naloxone had been there, would he have been saved?

Dr. Jennifer Plumb: I do think at least in that one night when we lost him, if Naloxone would have been there, I do think he would have had another chance that night. And that was a big motivator.

Lesley Stahl: And you give it out free?

Lesley Stahl: So how do you get it?

Dr. Jennifer Plumb: We purchase it. We– we get grant money and we have–

Lesley Stahl: People on the street, and I'm including law enforcement, think, "Why do we have to expend money and extra energy when you're just doing it to yourself?"

Dr. Jennifer Plumb: Right. You know, I have had the unfortunate experience of losing my dad to cancer and my brother to addiction. And I will tell you, these are both chronic and relapsing conditions, right? If your cancer relapses, you get everything. You get support from your community. You have teams of physicians that sit down and say, "Alright, we're going to find the next step for you." But you look at my brother's addiction, a chronic relapsing condition. And when he would relapse, and I will own that I did it too. That there was this– very much this, "Hmmm… All those tools. All that time. All that money–"

Lesley Stahl: "And you went right back to it?"

Dr. Jennifer Plumb: "And you went right back. And you relapsed."

If she relapses now Ashlee is likelier to O.D. due to lower tolerance. So they want to learn how to use naloxone at home, all except Ashlee: she already knows how to use it.

Ashlee: I've used it twice on people and brought them back.

Lesley Stahl: Now were you– were you high?

Lesley Stahl: And you still could do it.

Ashlee: When I was 19 I started on OxyContin. Switched over to heroin because you couldn't get the other anymore.

Ashlee was a hardcore drug addict for ten years. After many failed attempts to get clean, her parents told her they couldn't take it anymore and she ended up homeless, in the slums of Rio Grande.

Lesley Stahl: This is where Ashlee was.

Patrick Rezac: Yeah. Ashlee's down here. For a year.

Lesley Stahl: You used– you used to see her here.

Patrick Rezac: Yeah, we used to try to put her in motel rooms for the night when I could.

Lesley Stahl: What shape was she in when you saw her?

Patrick Rezac: Yeah. With sores and– she was not in good shape.

She was barely recognizable. Her grandmother often went looking for her with food and offers of a comfortable place to sleep.

Kitsy: She was skin and bones and she told me that– how hard it was to be on heroin and how awful it was and to be addicted to it. For the last ten years, especially through her rough times, we knew it was either going to be mortuary or jail.

Anita: We're always waiting for that call. It's gonna be the jail, or the morgue, or the police.

Lesley Stahl: I had a mother tell me that when it's the jail she's relieved.

Kitsy: We were so happy.

Anita: I was thrilled she went to jail. At least she's off the street and she's safe.

Lesley Stahl: So you went down into the homeless areas and–

Lesley Stahl: You stayed? Where? On the street?

"We're always waiting for that call. It's gonna be the jail, or the morgue, or the police."

Anita: I asked her, "Hey I want to come understand," and I hadn't seen her that much. I just wanted to be with her and I just wanted to try and understand the disease more. And so I said,"Can I come hang out with you." Basically and gave her the choice, to, you know, does she want me to see her at her worst. So she said, "Yeah, you can come hang out." So I went, met her and her boyfriend. And within 30 seconds they were injecting right in front of me.

Anita: And I watched her shoot up, I don't know, countless times – at least 20, and smoke crack.

She learned how much of a grip the drugs had on her child; she saw how panicked Ashlee would get without them.

Ashlee: It's a man drowning trying to get to a lifeboat. Like that's the desperation that you have for thinking that I need this. I need to get this, you know, and I'll go to any cost

Ashlee: Yeah. I'll go to any – this is what you need to live. This is air, you know.

Now the whole family is working together to help Ashlee stay clean and to learn how to save her with a syringe of naloxone if she should relapse.

In most states now, you can pick up naloxone at your pharmacy, often without a personal prescription. A syringe and vial can cost around $15. But the FDA has approved two new easier-to-use naloxone devices specifically for people with no medical training: a nasal spray, and an auto-injector, like an Epipen, that talks. Problem is they're way more expensive. The spray is $125. The injector? Over $4,000.

More about that, in part two of our report. 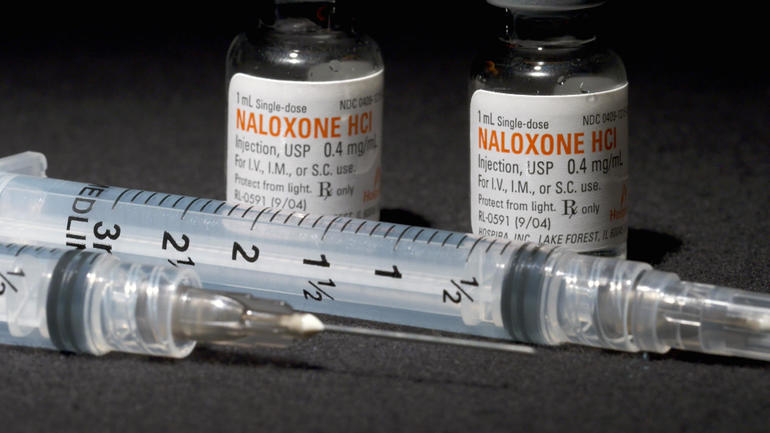 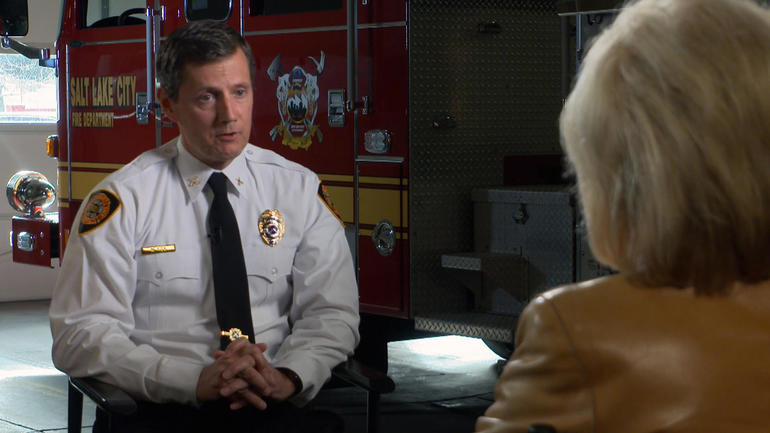 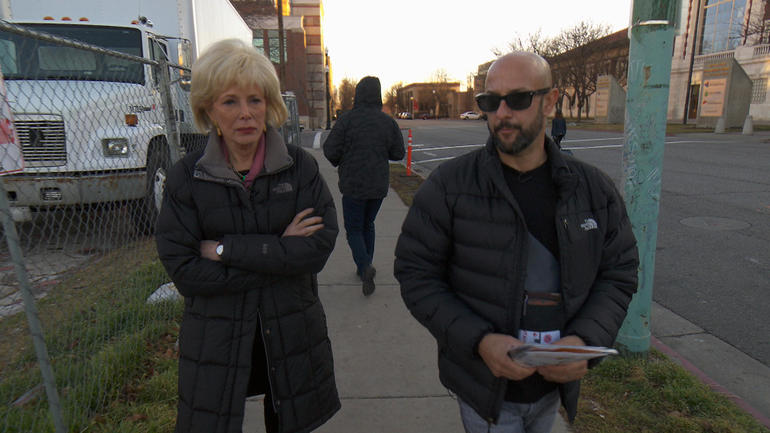 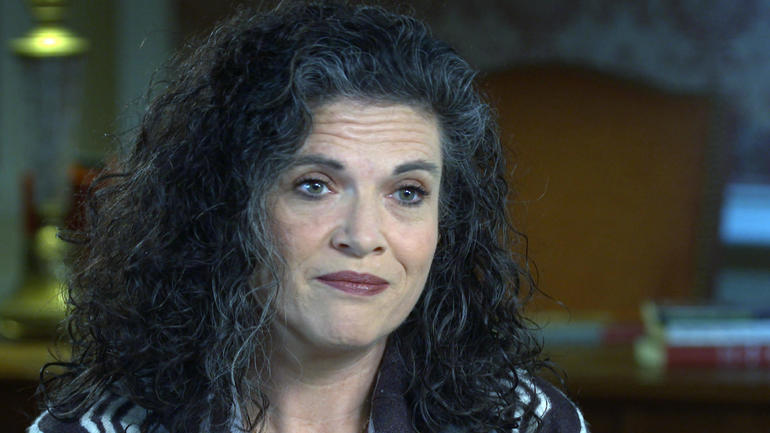 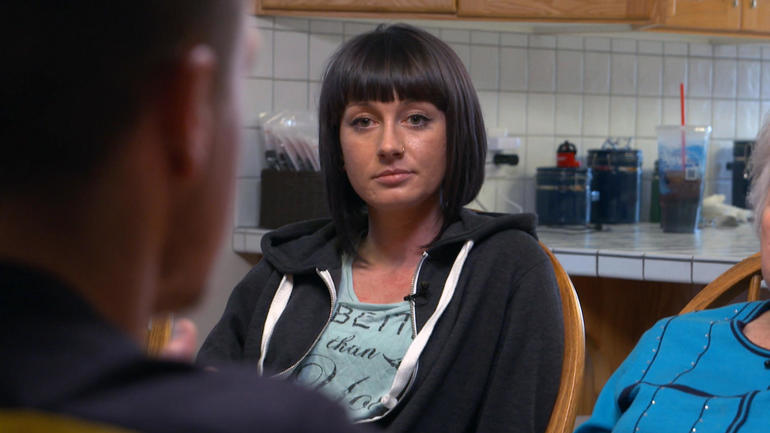