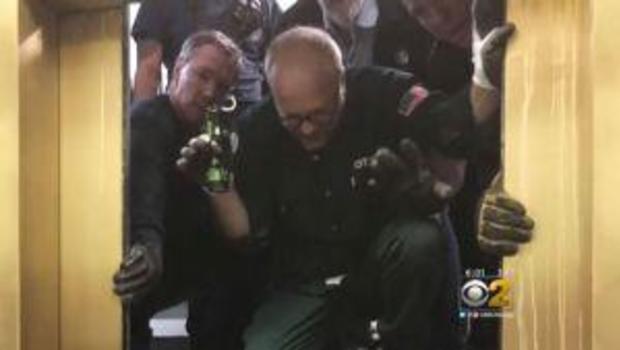 CHICAGO — It took nearly three hours to rescue six people stuck in an elevator in Chicago's fourth-tallest skyscraper — the 875 North Michigan Avenue building, formerly called the John Hancock Center. CBS Chicago reported that a broken hoist rope caused the express elevator to malfunction Friday while guests who had just left the Signature Room on the 95th floor rode down toward the lobby.

The elevator and two others have since been closed to the public while repairs are made and investigators figure out what happened. What kept the elevator from tumbling down to the bottom of the building? Several hoist ropes hold up an elevator car, so if one fails, the others are able to carry the weight.

Visiting from Mexico, Jaime Montemayor didn't expect his trip to Chicago to include getting stuck in an elevator.

His wife, Mana Castillo, said the elevator was moving fast and suddenly a material that looked like dust started filtrating into the elevator.She said they found out later that they had careened from the 95th floor down to the 11th floor.

None of the people in the elevator was hospitalized.

Some of the elevator passengers said security officers staffed at the Hancock didn't immediately call firefighters.

Someone who answered the phone at the Hancock security office Friday declined to comment and hung up the phone.

When rescuers scrambled to find the stuck elevator early Friday morning, there were no openings between floors because of the building's blind-shaft style layout.

The rescue crew had to hammer out a concrete wall in the garage area of the 11th floor. Today, cables were dangling next to the cracked door where the people trapped in the elevator were pulled to safety.

"It was a precarious situation where we had the cable break on top of the elevator (and) we couldn't do an elevator-to-elevator rescue we had to breach a wall," said Chicago Battalion Fire Chief Patrick Maloney.

The City of Chicago requires annual inspections of all of its 22,000 elevators. The elevator that failed Friday morning passed its most recent inspection in July of this year.

City inspectors visited the Hancock in 2014 and 2017 for an elevator complaint inspection and a citation was issued for failure to maintain electric elevator equipment.

Both of those issues were resolved, records show. 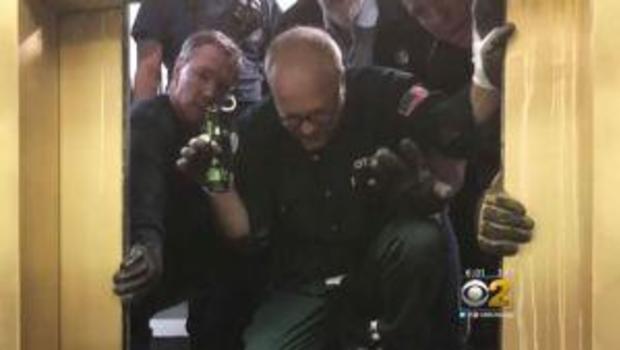