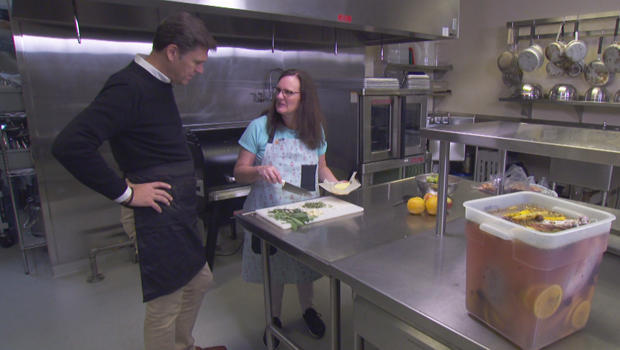 Although the bird might disagree, few Thanksgiving turkeys have been so lucky as the one being prepared by Sarah Masoni. With her, any food, from fig to fowl, is destined for gastronomic greatness.

She's an alchemist of taste. Just consider her butter, mixed with rosemary, sage, and garlic, that she puts under the turkey's skin – and that's only after her turkey has taken a 36-hour dip in her citrusy brine.

Finally, to add one more savory note, she weaves a blanket of bacon on top. "All of the bacon fat is going to go down through the turkey and give it a whole different layer of flavor," she told correspondent Lee Cowan.

Masoni wasn't just getting a head start on Thanksgiving; she was demonstrating her job as a "food designer," at Oregon State University's gleaming Food Innovation Center. Hundreds have paid big dollars to get Masoni's culinary counsel, making sure their new food products are both safe and sumptuous.

A food science background gives her the technical knowledge to do what she does, but she has a physical attribute, too. "I knew there was something different about my tongue, but I mean, most people don't spend a lot of time looking at their tongue!" she laughed.

Her tastes buds, she says, are actually bigger and better than most, giving her what the New York Times called a "million dollar palate."

"Actually, I like to joke and say I actually have a billion dollar palate," Masoni said. "Because I've helped so many people become million-dollar companies."

J. Perry is a chef who was hoping to get some advice on his new line of salad dressings – and he got a mouthful from Masoni. Sampling his creation, Masoni remarked, "It's bitter. You have too much mustard."

"She's done this for so long, she can detect every little nuance of flavor," Perry said.

At Portland's Salt & Straw Ice Cream, you can get all manner of flavors, including one that tastes like sweet potato casserole, or cranberry sauce. Head ice cream maker Tyler Malek worked with Masoni for months. He says few people can turn such complicated flavors into reality.

"We spent the first six months of our company right there beside her," Malek said. "If we had technical issues, like the caramel melting in with the cream, we could game plan on different techniques. And I think that that's an amazing talent."

It's that kind of praise from her clients that sometimes brings Masoni to tears.

Cowan asked, "Why is that so emotional?"

"Well, I don't want to be on TV crying!" she replied. "When I put my heart into a food product and it's successful, it brings great joy."

Her emotional connection with food is as sweet as her ingredients.

And when it came to the moment of truth for her turkey, bringing the bird out of the smoker in all its browned bacon-ey goodness, there was nothing left for Sarah Masoni to do but her job.

Taking a taste, she said, "You can taste the sage the rosemary and the garlic on the breast. It's good, right?" 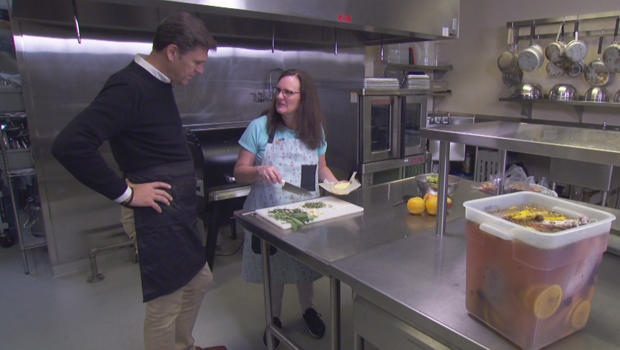 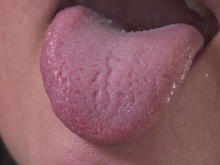 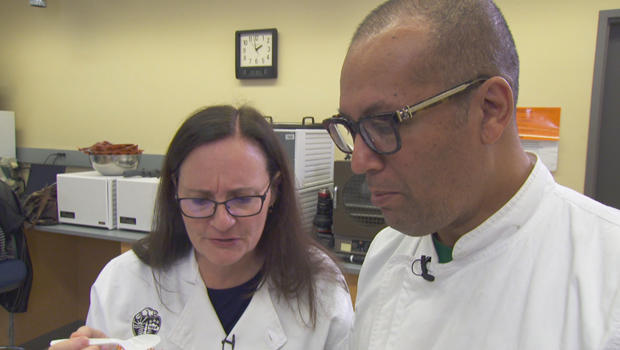 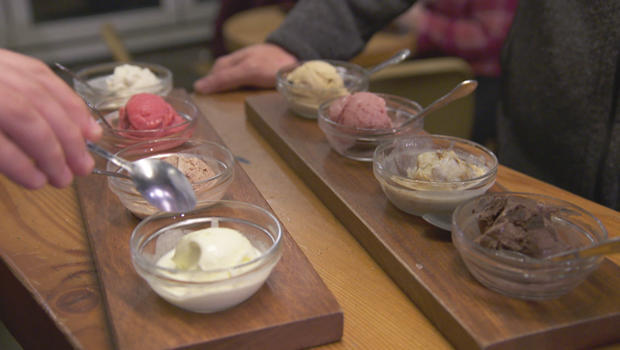 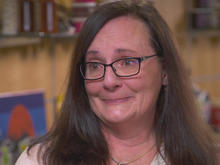 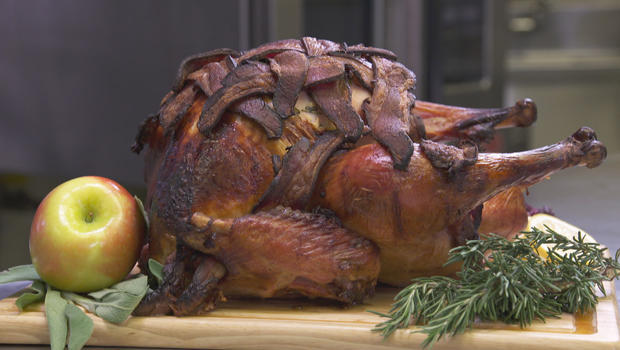