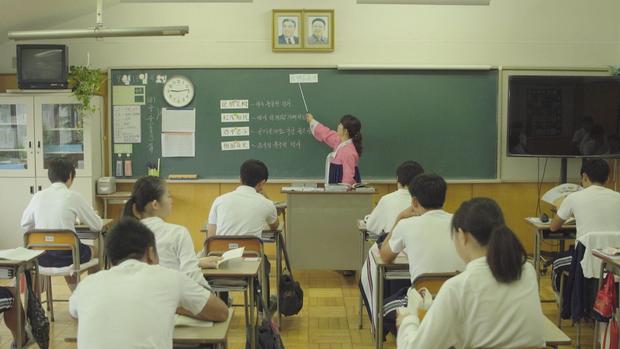 Watch the new CBSN Originals documentary, "North Korea: The Art of Surviving Sanctions," in the video player above. The full one-hour special premieres on CBSN Sunday, Nov. 18, at 8 p.m., 11 p.m. and 2 a.m. ET.

Leading a history lesson on North Korea's relations with the world, Professor Ou Seungchol poses a question to his students about why the regime relies on nuclear weapons. Even though their school is in Tokyo and the students born in Japan, the lesson has a distinctive North Korean perspective to it.

At Korea University, located in the suburbs of the Japanese capital, the 600 or so students are taught that North Korea is their only ally and strongest supporter.

"This is a really great period for North Korea. It's a good period for us, better than any other time," student Ha Minee told CBS News.

According to Kiho Park, an ethnic Korean based in Osaka who studied in North Korea-funded schools, students were often taught aggression towards the U.S.

"We learned history of how DPRK" — the Democratic People's Republic of Korea, the formal name of the North — "defeated U.S. Army, and how to make revolution, like fighting," he said.

Japan has one of the biggest communities of Koreans abroad; around 500,000 registered foreign national residents in Japan are from the Koreas, according to the Ministry of Internal Affairs and Communications, and some estimates range as high as 1 million. Though many of these families have lived in Japan for generations, they maintain Korean cultural traditions and a loyalty to their heritage.

During Japan's colonization of the Korean peninsula in the early 1900s, ethnic Koreans were considered Japanese nationals and were brought in for cheap labor. After World War II ended, about three-quarters of Koreans returned home; another 600,000 remained in Japan. During this time, all residents in Japan who were non-Japanese had to undergo alien registration. Unwelcome in Japan, Koreans endured discrimination and poverty and were often denied basic rights. Even today, Koreans in Japan are treated as second-class citizens.

But why do so many feel closer to the North than the South? From 1955-1960, following the Korean War, Chongryon, a pro-North Korea organization in Japan, was more effective in organizing the Korean community. Chongryon members convinced some Koreans in Japan to move to North Korea, despite staying behind themselves. For many there wasn't much of a choice, since South Korea was unwilling to take in returnees.

For years, North Korea attempted to lure Koreans in Japan to relocate, promising that a better life awaited them — a promise at odds with the bleak and impoverished reality of life in the so-called Hermit Kingdom. Between 1959 and 1984, an estimated 90,000 Koreans from Japan were repatriated to North Korea. Many returnees fell victim to political purges in the 1970s, or vanished into labor camps.

Yet the North retained a hold on Korean loyalties in Japan by emphasizing that the South had abandoned them decades ago, while the North regularly sent aid, mostly to fund schools.

Chongryon runs the schools, which range from kindergarten to university level. North Korea sent money to Chongryon to fund the schools regularly until the 1980s, and then in intervals.

The schools forge a tight relationship with the motherland. Inside Korea University there's even a museum with over 500 artifacts from the North. According to history professor Ha Chang Gun, "We want them to say yes, we feel like this is ours."

Pachinko gaming parlor owner Sejun Ko's roots are in South Korea, but his loyalty is with the North.

"It's like the love between a parent and child," he said of North Korea's relationship with Koreans in Japan. "My parents felt I needed to know the Korean language and history so I went to a North Korean school from elementary school to university."

He works in an industry dominated by Koreans. Gaming parlors featuring pinball-like pachinko machines are a popular form of entertainment and a multi-billion dollar industry in Japan.

But the schools where Koreans in Japan learned love for the North and hostility to the West may be losing their foothold. The Associated Press reports attendance has been shrinking as the birthrate declines and more people assimilate or take South Korean citizenship.

The lessons they're teaching are changing, too. For current students at Korea University, it's an exciting moment for North Korea due to President Trump's apparent affection for Kim Jong Un and the historic summit between the two leaders last June.

"The idea that the leaders of the two countries could meet, embrace, hold hands was historic and previously unthinkable," Ha Minee said.

When CBSN Originals correspondent Adam Yamaguchi visited Japan recently, optimism regarding North Korea's changing place in the world was present all around.

"The main objective of the summit wasn't economic, but it was about bringing an end to the war, reunification," Ko said. "If that is achieved, things will… explosively change, and the economic changes will come as a result as well." 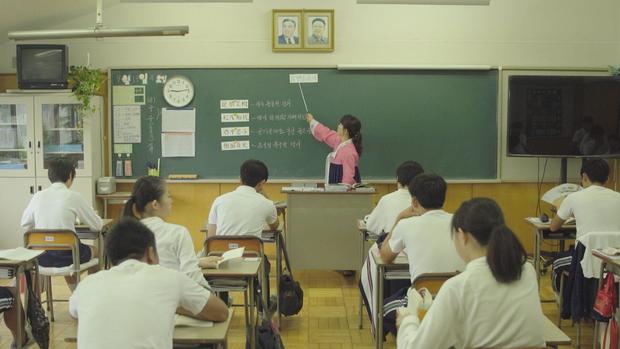 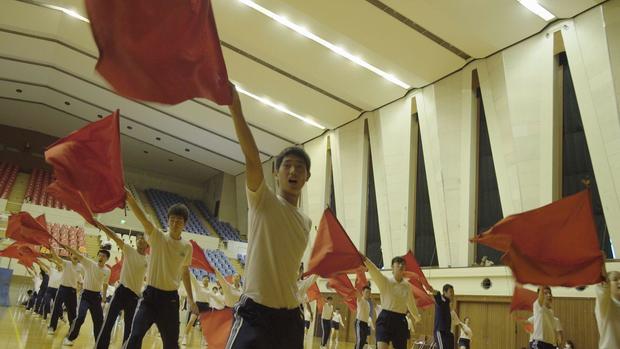