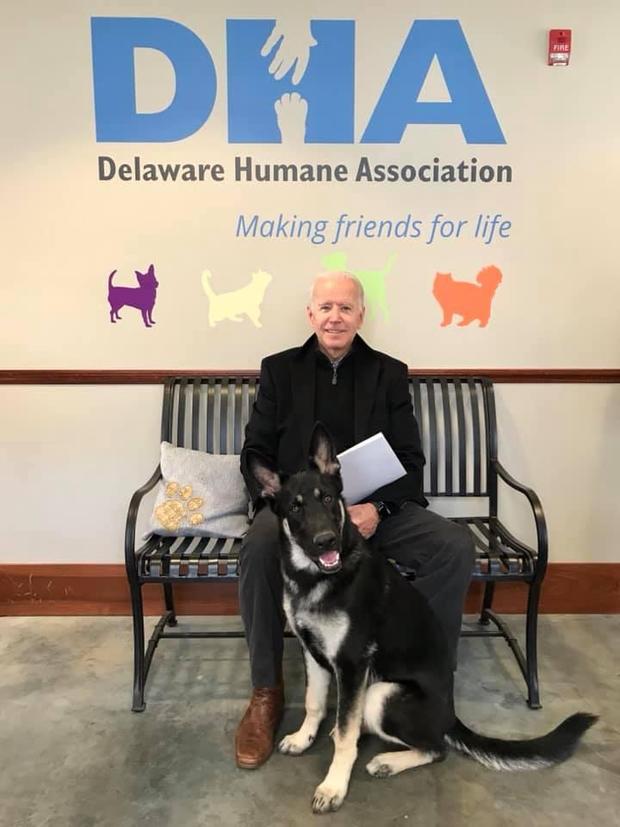 The Delaware Humane Society wrote on Facebook that Major was one of six puppies brought in after being exposed to something in the home. The puppies were surrendered due to financial constraints, and the shelter worked with the local veterinary emergency center to provide care.

All six puppies were adopted, including one by the Biden family. "Once we posted about them for your help, Joe Biden caught wind of them and reached out immediately. The rest is history!" the Delaware Humane Society wrote on Facebook.

The Bidens fostered Major before adopting him, the shelter said.

"It was such an honor for us to adopt a puppy to Vice President Joe Biden and Dr. Jill Biden," Delaware Humane Society executive director Patrick Carroll said in a statement. "We make friends for life at DHA and we know that the bond between humans and their pets is incredibly strong. We have adopted thousands of animals into homes in Delaware, and we are happy to add the Vice President and his family to our list." 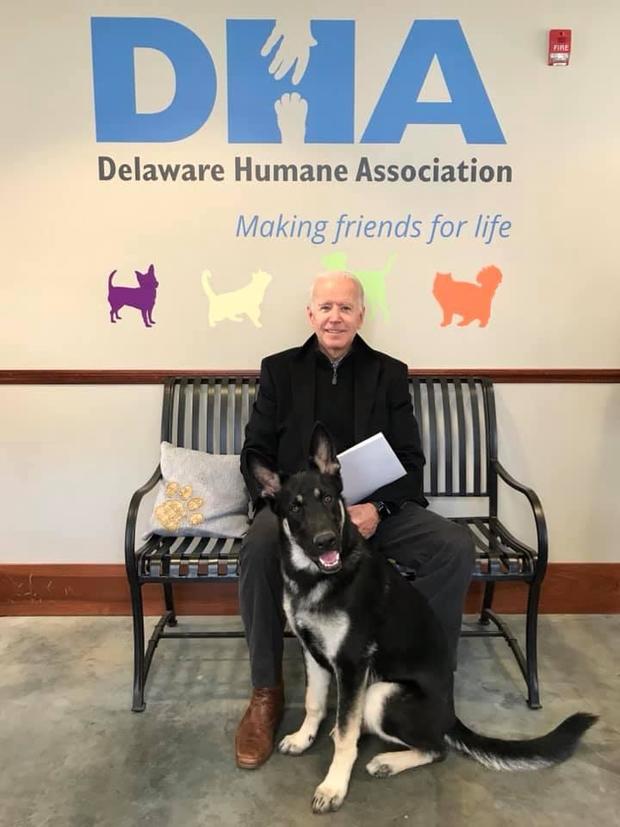